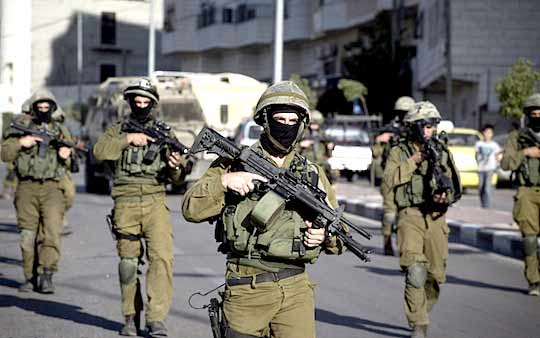 EXECUTIVE SUMMARY: Contrary to the accepted wisdom regarding the effectiveness of barriers, there is no substitute for troops on the ground and for civilian settlements that anchor a dominant presence. Israel needs a flexible, dynamic form of security in full friction with the resident populations. An Israeli withdrawal from the West Bank would therefore be ill-advised, and a Palestinian state would in any case inherently undermine Israel’s security. The best hope for both parties is coexistence within the same geographical space.
END_OF_DOCUMENT_TOKEN_TO_BE_REPLACED The presenter persistently suggested to him that Peres’s record as a peacemaker ran contrary to Israel’s subsequent record of failure to make peace with the Palestinians, and that the absence of a two-state solution was all the fault of Benjamin Netanyahu.
END_OF_DOCUMENT_TOKEN_TO_BE_REPLACED

So Obama let Syria burn. He let Iran and Hezbollah transform the country into their colony. And he let Putin transform the Mediterranean into a Russian lake.

By Caroline B Glick, JPOST A new Syria is emerging and with it, a new Middle East and world are presenting themselves. Our new world is not a peaceful or stable one. It is a harsh place.

The new Syria is being born in the rubble of Aleppo.

The eastern side of the city, which has been under the control of US-supported rebel groups since 2012, is being bombed into the Stone Age by Russian and Syrian aircraft.
END_OF_DOCUMENT_TOKEN_TO_BE_REPLACED 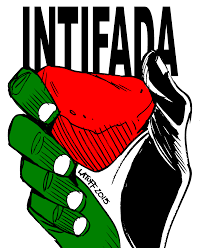 It was well past midnight late in August as a convoy of Israeli armored vehicles raced through the winding streets of Bethlehem in the occupied West Bank. Arriving at a city center mansion, soldiers broke the front gate and detained a middle-aged Palestinian couple in night clothes. In the basement, they seized weapon-making machinery, arms and ammunition.

Roman Goffman, the Israeli commander who oversaw the operation, called it one of the more serious recent weapons finds. But in many ways it was a typical night in the West Bank, and helps explain why a year after Palestinian youths began a campaign of stabbing Israelis, widespread predictions that the latest wave of violence would evolve into a third Palestinian uprising have not materialized.
END_OF_DOCUMENT_TOKEN_TO_BE_REPLACED 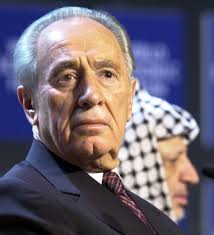 Paradoxically, it was not Peres’s successes – but his failures – that catapulted him to international stardom; it was not his impressive accomplishments that made him a global celebrity but the disastrous fiascoes in pursuit of his wildly unrealistic illusions

Ambition drove many men to become false; to have one thought locked in the breast, another ready on the tongue.

It is our experience that political leaders do not always mean the opposite of what they say.

A Reuters and a PPP poll released Wednesday both showed Clinton four points ahead nationally.

Despite ninth president’s efforts to promote peace in the Middle East, no Arab leader will pay tribute in person • Egypt, Jordan to send their ambassadors • PA President Abbas will not attend funeral • Arab media paints unflattering portrait of Peres.

In a surprising move, no Arab leader will arrive in Israel to attend the funeral of former President Shimon Peres, who died on Wednesday.

Dozens of world leaders are expected to attend the funeral, and began arriving in Israel on Thursday morning.

The decision by Arab officials to avoid the service puzzled many in the Foreign Ministry, given the ninth president’s significant contribution to promoting peace in the Middle East.
END_OF_DOCUMENT_TOKEN_TO_BE_REPLACED

By bringing fighter jets and, allegedly, nuclear weapons to the Jewish state, Shimon Peres gave the tiny country the tools to survive

Before Shimon Peres became the man of peace extolled by world leaders for his dedication to coexistence, he was a man of defense and security, setting up some of Israel’s most important military victories and strategic assets.

To many, Peres is synonymous with the 1993 Oslo Peace Accords, for which he was awarded a Nobel Peace Prize, and his eponymous Center for Peace, which promotes dialogue and opportunities for both Israelis and Palestinians. Yet few people in Israel have contributed more to the country’s military capabilities.
END_OF_DOCUMENT_TOKEN_TO_BE_REPLACED

In late September 1957, Israel was set to sign an agreement with France. The French Atomic Energy Commission, after four years of negotiations, had agreed to provide Israel with a plutonium reactor. All that was needed in order to cement the deal was the signature of the French foreign minister and his prime minister.

What happened during the next 24 hours, as documented in Michael Bar-Zohar’s Hebrew biography of Shimon Peres, “Phoenix,” seems to epitomize the political suavity and steely tenacity of Israel’s ninth president.
END_OF_DOCUMENT_TOKEN_TO_BE_REPLACED

Flying back from New York, where he addressed the UN General Assembly’s annual meeting, President Recep Tayyip Erdogan told reporters on his plane that Turkey would participate in a US-led operation against the Islamic State (IS) stronghold of Raqqa, provided Syrian Kurdish fighters from the People’s Protection Units (YPG) are not involved in it.

His remarks revealed once again that stopping advances in Syria by the YPG — whose fighters form the bulk of the US-supported Syrian Democratic Forces (SDF) — remains Ankara’s main priority.

END_OF_DOCUMENT_TOKEN_TO_BE_REPLACED

Congress voted Wednesday to override President Obama for the first time in his eight-year tenure, as the House followed the Senate in rejecting a veto of legislation allowing families of terrorist victims to sue governments suspected of sponsoring terrorism.

The House easily cleared the two-thirds threshold to push back against the veto. The final tally was 348-77, with 18 Republicans and 59 Democrats voting not to override the veto.

The Senate voted 97-1 in favor of the override earlier in the day, with only Minority Leader Harry Reid (D-Nev.) voting to sustain the president’s veto. END_OF_DOCUMENT_TOKEN_TO_BE_REPLACED 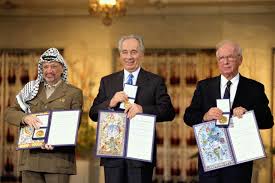 Twenty-three years after its euphoric launch on the White House lawn, the Oslo “peace process” between Israel and the Palestine Liberation Organization (PLO) stands out as one of the worst calamities to have afflicted the Israeli-Palestinian conflict.

For Israel, it has been the starkest strategic blunder in its history, establishing an ineradicable terror entity on its doorstep, deepening its internal cleavages, destabilizing its political system, and weakening its international standing. For the West Bank and Gaza Palestinians, it has brought subjugation to the corrupt and repressive PLO and Hamas regimes, which reversed the hesitant advent of civil society in these territories, shattered their socioeconomic wellbeing, and made the prospects of peace and reconciliation with Israel ever more remote. This in turn means that, even if the territories were to be internationally recognized as a fully-fledged Palestinian state (with or without a formal peace treaty with Israel), this will be a failed entity in the worst tradition of Arab dictatorships at permanent war with both Israel and its own subjects.
END_OF_DOCUMENT_TOKEN_TO_BE_REPLACED 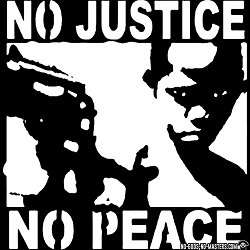 The great unspoken tension within the progressive-left, today, is the ongoing ideological conflict between the dominant multicultural ideal and the declining ideal of universal human rights.

Given the racialized nature of World War II it is not the least bit surprising that American liberalism shifted from a primary concern with leveling the economic playing-field, under FDR, to what we might call “racial liberalism” as it emerged and evolved in the post-war era with the rise of Martin Luther King, Jr. and the Civil Rights Movement.
END_OF_DOCUMENT_TOKEN_TO_BE_REPLACED

Undecideds Go to Trump Over Hillary 34% to 5%

Freeper Hawaiian noted: “Guys if this poll is remotely true, Hillary is toast. She will never do better and Trump will only get better in these debates.”

Hillary couldn’t be proven guilty without proving the president guilty as well. ‘How is this not classified?” So exclaimed Hillary Clinton’s close aide and confidante, Huma Abedin. The FBI had just shown her an old e-mail exchange, over Clinton’s private account, between the then-secretary of state and a second person, whose name Abedin did not recognize.

The FBI then did what the FBI is never supposed to do: The agents informed their interviewee (Abedin) of the identity of the second person. It was the president of the United States, Barack Obama, using a pseudonym to conduct communications over a non-secure e-mail system — something anyone with a high-level security clearance, such as Huma Abedin, would instantly realize was a major breach. Abedin was sufficiently stunned that, for just a moment, the bottomless capacity of Clinton insiders to keep cool in a scandal was overcome. “How is this not classified?”
END_OF_DOCUMENT_TOKEN_TO_BE_REPLACED 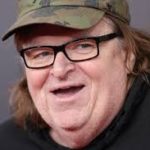 Notorious liberal filmmaker Michael Moore seemed to explode with rage on Twitter last night. Not only did he think Republican nominee Donald Trump won the first presidential debate, he warned Clinton backers that unless they did something earth-shattering, Trump will take the White House.

“Pro-Hillary gloaters doing end-zone dance again when still on 50-yd line,” Moore tweeted after the debate on Monday evening. “U MUST get it in your head TRUMP IS GONNA WIN and act accordingly!”

In his typical overblown manner, Moore warned that “if u just turn off the TV right now and do nothing, you’ve just elected Donald Trump.” Exasperatedly, he added, “Do something! Plan what you’re going to do tomorrow.”two words: “It’s over.”
END_OF_DOCUMENT_TOKEN_TO_BE_REPLACED

Senator Ted Cruz (R-TX) said Tuesday that Donald Trump had the upper hand over Hillary Clinton in last night’s debate and that it was his strongest debate performance so far. He also said the media’s focus on the birther issue is “amusing” because American voters don’t “give a flying flip about” it.

Its worse than a Trojan horse, its a time bomb.

The rush to publish, or more accurately, to impose the Road Map is obscene and an act of desperation by the US.

Powell argued that by vanquishing Iraq, a dedicated enemy of Israel, Israel would feel more secure to make peace.

My G-d, the dust isn’t even settled yet. What kind of Iraq will come into being? Will it be controlled by America? If so, what ever happened to creating a democracy? Will it be a hotbed of terrorism with various factions fighting for power and to throw out the US? If America gets out, who will be in charge? Will the UN have a role? Will Egypt or Saudi Arabia be more or less stable? Will the threat of terrorism and support therefore, from Syria and Iran, be ended? Will Turkey and the Kurds be fighting? Will Iran be trying to curry favour with the Iraqi Shi’ites? Will Syria be looking to extend its influence in Iraq?
END_OF_DOCUMENT_TOKEN_TO_BE_REPLACED