Is the federal government a disinterested player in the debate on climate science?  Not based on an impressive video that outlines some of the shenanigans of government agencies, which supposedly watch the matter.

Composed of 13 federal agencies that conduct research on global changes that impact society, the U.S. Global Change Research Program (USGCRP) is a federal project that issues periodic reports about the climate in the United States.  In 1989, the year it was established, USGCRP was mandated by Congress to coordinate federal research related to the human and natural forces that affect the global environment.  Billed as the leading federal authority on global warming science, USGCRP and its affiliate agencies are tasked with educating a trusting public about Earth’s ever changing climate.
END_OF_DOCUMENT_TOKEN_TO_BE_REPLACED

The opposite of reckless.

Nearly 20 months after the Trump administration announced its intention to withdraw from the Paris Climate Accords, the United Nations received formal notice on Monday that America is on its way out. As it stands, the U.S. could exit the compact as early as Wednesday, November 4, 2020—one day after the next election cycle.

The May 2017 announcement that the U.S. would no longer abide by the protocols hashed out at the 2015 Convention on Climate Change was greeted with apoplexy by the framework’s supporters. This was a “traitorous act of war against the American people,” “the day that the United States resigned as leader of the free world,” and the moment Trump joined “a small handful of nations who reject the future.” A year and a half later, the agreement’s proponents remain as vexed as ever.
END_OF_DOCUMENT_TOKEN_TO_BE_REPLACED

We’ve all come across the images of polar bears drifting on ice floes: emblematic victims of the global warming that’s melting the polar ice caps, symbols of the threat to the earth posed by our ceaseless energy production—above all, the carbon dioxide that factories and automobiles emit. We hear louder and louder demands to impose limits, to change our wasteful ways, so as to save not only the bears but also the planet and ourselves.

In political discourse and in the media, major storms and floods typically get presented as signs of impending doom, accompanied by invocations to the environment and calls to respect Mother Nature. Only catastrophes seem to grab our attention, though, and it’s rarely mentioned that warming would also bring some benefits, such as expanded production of grains in previously frozen regions of Canada and Russia. Nor do we hear that people die more often of cold weather than of hot weather.
END_OF_DOCUMENT_TOKEN_TO_BE_REPLACED

The mainstream “consensus” on anthropogenic global warming (AGW) says the atmospheric concentration of carbon dioxide (CO2) remained stable for millions of years, until the Industrial Revolution, when it went from 280 ppm in 1750 to 414.7 ppm in 2019.  Environmentalists blame this on man’s consumption of fossil fuels, which has increased significantly since the early 1900s.

In support of the “consensus” view, climate change researchers write: “[T]he current CO2 concentration is unprecedented over the past 3 million years[.] … [G]lobal temperature never exceeded the preindustrial value by more than 2°C during the Quaternary” (Willeit et al., 2019).  Environmentalists predict that, as anthropogenic CO2 rises, there will be more and more natural disasters, threatening the lives of millions of people around the world.  These include more frequent and severe hurricanes, widespread flooding, extreme heat waves, and prolonged drought.
END_OF_DOCUMENT_TOKEN_TO_BE_REPLACED

Fifty years is optimistic at best. The deception began probably in the early 20th century when refugees from the Frankfurt School in Germany, a Communist think tank, began pouring into our country and academic institutions. But, I use the late 60s, early 70s, as the genesis of the takeover of the Democrat Party.

Liberals and Socialist wannabees decided early that we needed to scare people into Communism. A sort of Better Red Than Dead approach. What better way to alarm people into giving up their rights, money, and freedom than to tell them they are all going to die unless we put our survival into their hands…yada, yada, yada.

END_OF_DOCUMENT_TOKEN_TO_BE_REPLACED

Rep. Alexandria Ocasio-Cortez recently suggested Miami would disappear in “a few years” due to climate change. The United Nations is convening a “Climate Action Summit” next week. And climate activist Greta Thunberg is on Capitol Hill this week telling lawmakers they must act soon.

But while data from NASA and other top research agencies confirms global temperatures are indeed rising, a newly compiled retrospective indicates the doomsday rhetoric is perhaps more overheated.

The conservative-leaning Competitive Enterprise Institute has put together a lengthy compilation of apocalyptic predictions dating back decades that did not come to pass, timed as Democratic presidential candidates and climate activists refocus attention on the issue.
END_OF_DOCUMENT_TOKEN_TO_BE_REPLACED

Terry Hurlbut, editor at Conservative News and Views, another of the publishers who graciously posts my articles, sent me this extraordinary email today after I thanked him for publishing “The Humanitarian Hoax of Climate Change II – Debunking the Bunk – hoax 46.”

No, Linda. I thank you. For giving me yet another opportunity to resurrect my Wayback Machine links and paste them into a more recent article, at a critical moment in the debate on American, European, and other national public policies in this area.

Yes, it was I who, on 19 November 2009, broke the Climategate story out of the blogosphere and into the realm of semi-professional journalism. It was my article, “Hadley CRU hacked with release of thousands of e-mails”, that went viral and forced Phil Jones to take a leave of absence while his superiors met to find ways to whitewash his violations of the tenets of the scientific method. And it was I who made a graph of the period in parallel with the Hockey Stick graph, using their own “temperature anomaly” table, to show that the Hockey Stick was never accurate, and Michael Mann knew it.

END_OF_DOCUMENT_TOKEN_TO_BE_REPLACED

George Bernard Shaw aptly wrote, “The reasonable man adapts himself to the world; the unreasonable one persists in trying to adapt the world to himself.” There couldn’t be a better description of the ten aspirants for the high office participating in the CNN-sponsored seven-hour climate change townhall.

The townhall was CNN’s contribution to the movement that has been characterized by a profusion of prophetic absolutism and fanatical devotion to the cause. Instead, it exposed the illiteracy and shallowness of the candidates who believe that the electricity comes from the outlet and money comes from the bank. CNN and the participants were trying to convince the viewers that the skies would soon fall under the weight of rising CO2, but the magnificent ten, like Atlantes and Caryatids, would hold up the skies while we reject the hydrocarbons and plastic straws, outlaw meat, install expensive light bulbs, enact population control, and blow trillions of dollars to fend off “the existential threat” to our civilization.
END_OF_DOCUMENT_TOKEN_TO_BE_REPLACED

The Humanitarian Hoax is a deliberate and deceitful tactic of presenting a destructive policy as altruistic. The humanitarian huckster presents himself as a compassionate advocate when in fact he is the disguised enemy.

The humanitarian hoax of climate change is so enormous and far-reaching that one article on the subject is simply not enough.

My first article, The Humanitarian Hoax of Climate Change: Killing America With Kindness – hoax 4, was published two years ago on 7.21.2017. The second, The Riddle of Climate Change, published on 2.27.19 continued the discussion. Now it is necessary to explore the ever-expanding climate change hoax and examine the progress the hucksters have made in advance of the pivotal 2020 elections.

Let’s begin with huckster-in-chief Barack Obama and his recent staggeringly hypocritical purchase of a 15 million dollar waterfront mansion on Martha’s Vineyard. Why would Obama purchase a waterfront mansion doomed to sink underwater in twelve years? He wouldn’t. Let’s review.

END_OF_DOCUMENT_TOKEN_TO_BE_REPLACED

Warmists never learn!  The conviction that global warming is melting ice in the polar regions has once again led climate warriors into danger and the need for rescue.  The MS Malmo, a Swedish-registered ship, was just rescued after being trapped in ice, and its passengers airlifted to safety.  Get a load of what it was doing, via Maritime Bulletin (emphasis added):

END_OF_DOCUMENT_TOKEN_TO_BE_REPLACED

The climate cult has gotten out of hand.  It now threatens to prevail in politics by convincing the ignorant that the science is settled.

Anybody who has a basic understanding of the science knows that it is not settled.  A number of inconvenient facts seriously undermine the idea that catastrophic global warming caused by humans is about to overwhelm us.  Here are three of them:

END_OF_DOCUMENT_TOKEN_TO_BE_REPLACED

This has been a tough week for climate hustler Michael Mann, who lost his defamation and libel lawsuit against respected climatologist and warming skeptic Dr. Tim Ball at the same time it was announced by the National Oceanic and Atmospheric Administration (NOAA) that there has been no U.S. warming since 2005.

Mann, who poses as a climatologist at Penn State, has had his court case against genuine climate scientist Dr. Tim Ball dismissed, with Mann ordered to pay court costs, for failure to produce supporting evidence to prove his claim that global temperatures took a sharp upward turn when the Industrial Revolution and fossil-fuel use began pouring CO2 emissions into the atmosphere.
END_OF_DOCUMENT_TOKEN_TO_BE_REPLACED

Moore argues we need more carbon, not less. And he is very convincing. 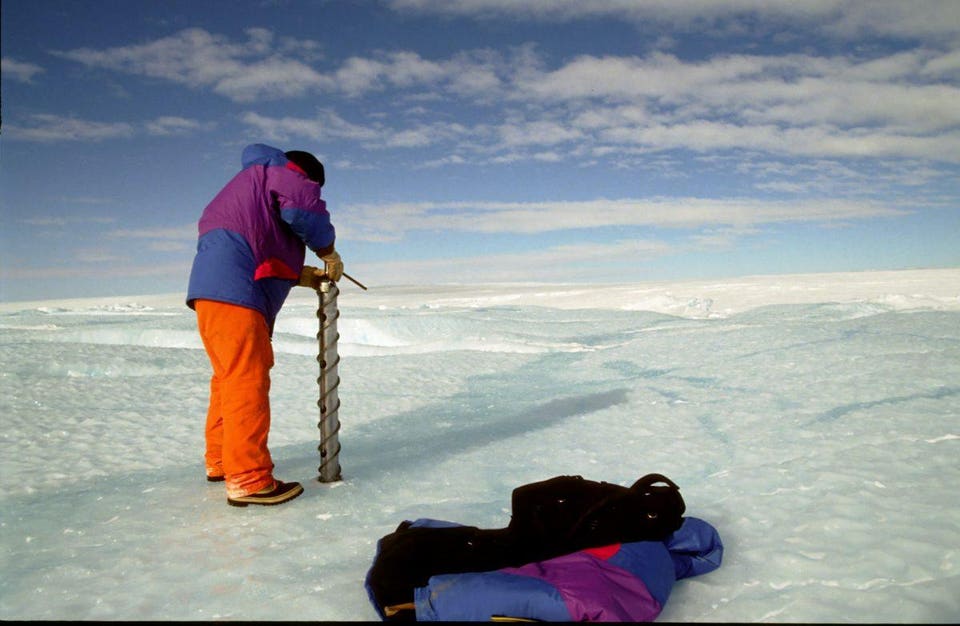 The claim that there is a 97% consensus among scientists that humans are the cause of global warming is widely made in climate change literature and by political figures.

The 97% figure has been disputed and vigorously defended, with emotional arguments and counterarguments published in a number of papers. Although the degree of consensus is only one of several arguments for anthropogenic climate change – the statements of professional societies and evidence presented in reports from the Intergovernmental Panel on Climate Change are others – there is data to suggest that support is lower. In this post, I attempt to determine whether the 97% consensus is fact or fiction.
END_OF_DOCUMENT_TOKEN_TO_BE_REPLACED

Americans who get their news from the mainstream media that take their directions from the New York Timesand Washington Post can be forgiven for suspecting the President Trump wants to buy Greenland because its ice cap is melting. Both newspapers reported that Greenland experienced temperature records in June this year.

With the hot air moving north this week, Greenland was experiencing its own version of a heat wave. On the southwestern coast, Nuuk, the capital, reported temperatures in the high 50s Fahrenheit, about 10 degrees higher than average for this time of year (55 Fahrenheit is the equivalent of roughly 13 Celsius).
END_OF_DOCUMENT_TOKEN_TO_BE_REPLACED

The last thing we expect mid-spring is snow.  Yet that’s just what we have. As the Weather Channel reports, “It may be late April, but Winter Storm Xyler will make you forget that it is spring in the Midwest this weekend as it is expected to bring some unusually heavy late season snowfall.”

Snow is heading to New York as well, despite the state’s all-out effort to combat global warming by attempting to ban plastic straws and now hot dogs. From the New York Post, “Upstate NY may get up to 3 inches of snow this weekend.”

The greatest “tell” for non-scientists evaluating the likelihood that the anthropogenic global warming theory is a fraud is that instead of critically examining the facts, warmists try to silence skeptics, with some of them even demanding jail for the thought-crime of questioning their unproven theory.  So thorough has been the pressure to keep the fraud going and keep the billions of dollars a year in research funds flowing to universities and other research institutions pushing the party line that skeptics are under threat of firing — and some have been fired.

That’s why this news from Australia is so important.  Via the Guardian:

James Cook University is considering its legal options after the federal circuit court ruled it had unlawfully sacked a professor who had criticised scientific research about the climate change impact on the Great Barrier Reef.
END_OF_DOCUMENT_TOKEN_TO_BE_REPLACED