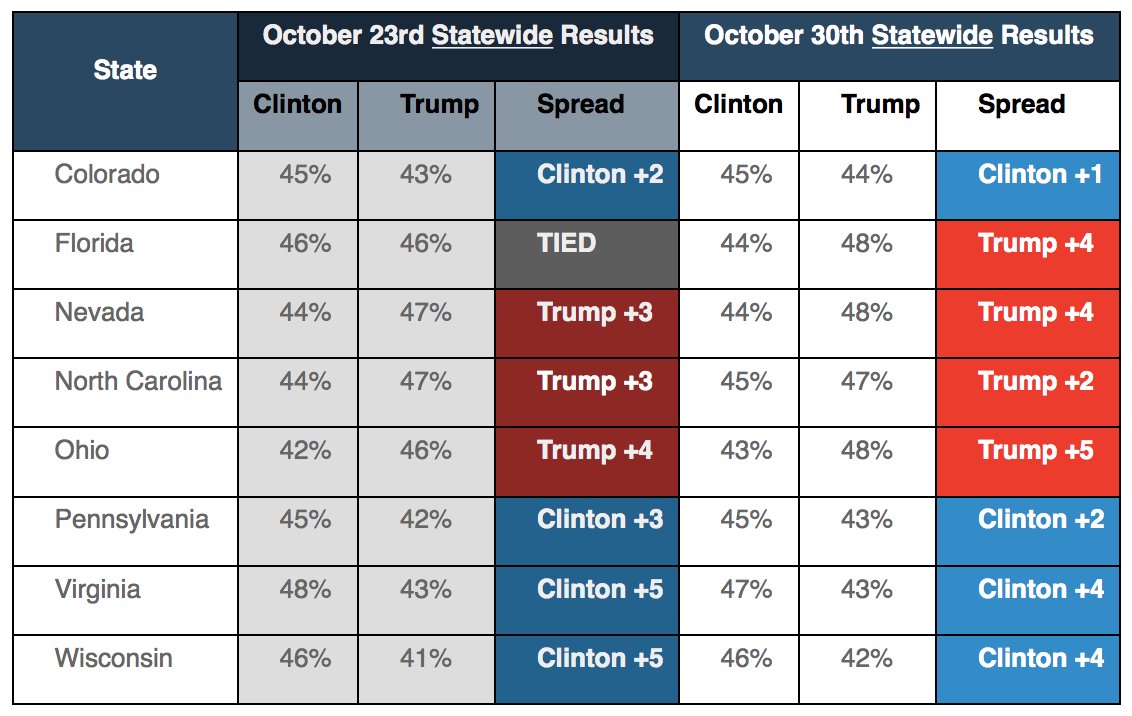 A senior Russian diplomat visiting Israel is critical of Jerusalem’s ‘over the top’ response to the resolution, which disregards Judaism’s connection to the Temple Mount.

Putin and Netanyahu at a concert, dedicated to the 25th anniversary of the restoration of diplomatic relations between the two countries, at the Bolshoi Theatre in Moscow, June 7, 2016. Sputnik, Reuters

Senior Israeli officials said the issue of Russia’s vote at the Executive Board meeting of the United Nations Educational, Scientific and Cultural Organization was raised in an October 21 telephone conversation between Prime Minister Benjamin Netanyahu and Russian President Vladimir Putin and at a meeting of senior Israeli and Russian officials at the Foreign Ministry in Jerusalem on October 27.
END_OF_DOCUMENT_TOKEN_TO_BE_REPLACED

Palestinians hail Federica Mogherini’s statement, but she stresses that the union ‘rejects the BDS campaign’s attempts to isolate Israel’

The European Union’s foreign policy chief recently affirmed the right of EU citizens to boycott Israel, citing freedom of expression and rebuffing claims by Jerusalem that such measures amount to banned anti-Semitic activity.

While upholding the right of the anti-Israel Boycott, Divestment and Sanction (BDS) movement to blacklist the Jewish state, Federica Mogherini also noted that the EU itself opposes efforts to boycott Israel.
END_OF_DOCUMENT_TOKEN_TO_BE_REPLACED

With 11 days to go before the U.S. presidential election, Democratic nominee Hillary Clinton leads Republican Donald Trump by 15 percentage points among early voters surveyed in the past two weeks, according to the Reuters/Ipsos States of the Nation project.

Though data is not available for all early voting states, Clinton enjoys an edge in swing states such as Ohio and Arizona and in Republican Party strongholds such as Georgia and Texas.

An estimated 19 million Americans have voted so far in the election, according to the University of Florida’s United States Election Project, accounting for as much as 20 percent of the electorate.
END_OF_DOCUMENT_TOKEN_TO_BE_REPLACED

Joseph DiGenova, a former US Attorney and Washington, DC superlawyer is no flake. He has plenty of contacts within the FBI and a reputation to protect. So I take his words on Sirius/XM’s David Webb show quite seriously, as reported by Kerry Picket of the Daily Caller:

Washington D.C. attorney Joe DiGenova said on The David Webb Show on SiriusXM Friday night that despite the FBI agreeing to destroy the laptops of Clinton aide Cheryl Mills and ex-campaign staffer Heather Samuelson as part of immunity deals made during the initial investigation of Clinton’s email server, agents involved in the case refused to destroy the laptops.
END_OF_DOCUMENT_TOKEN_TO_BE_REPLACED

Laptop may contain thousands of messages sent to or from Mrs. Clinton’s private server

The surprise disclosure that agents from the Federal Bureau of Investigation are taking a new look at Hillary Clinton’s email use lays bare, just days before the election, tensions inside the bureau and the Justice Department over how to investigate the Democratic presidential nominee.

Investigators found 650,000 emails on a laptop that they believe was used by former Rep. Anthony Weiner and his estranged wife Huma Abedin, a close Clinton aide, and underlying metadata suggests thousands of those messages could have been sent to or from the private server that Mrs. Clinton used while she was secretary of state, according to people familiar with the matter. END_OF_DOCUMENT_TOKEN_TO_BE_REPLACED

This information is verified through multiple sources

The Obama administration is manufacturing a crisis with Israel in anticipation of a post-election diplomatic push targeting the Jewish state, and this past week launched a series of broadsides criticizing the Israelis through the media and in press briefings, according to congressional sources and Jewish-American officials who spoke to THE WEEKLY STANDARD.
END_OF_DOCUMENT_TOKEN_TO_BE_REPLACED

The IDF is in a panic about the Russian military’s presence and deployment of sophisticated weaponry in the region, Israel’s Channel 2 reported on Sunday.

According to the report, though the IDF is not admitting this openly, high-ranking officers have said behind closed doors that the “surprising” quality and quantity of Russian systems in the area is dramatically hampering the way the Israeli Air Force and Navy are able to operate.
END_OF_DOCUMENT_TOKEN_TO_BE_REPLACED

Has America become so numb by the decades of lies and cynicism oozing from Clinton Inc. that it could elect Hillary Clinton as president, even after Friday’s FBI announcement that it had reopened an investigation of her emails while secretary of state?

It’s obvious the American political system is breaking down. It’s been crumbling for some time now, and the establishment elite know it and they’re properly frightened. Donald Trump, the vulgarian at their gates, is a symptom, not a cause. Hillary Clinton and husband Bill are both cause and effect.
END_OF_DOCUMENT_TOKEN_TO_BE_REPLACED

The FBI was given advanced copies of these emails and so opened the investigation. 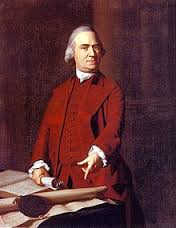 One of America’s fastest friends — Andrew Roberts, the British historian — delivered quite a lecture at the Manhattan Institute’s Wriston dinner this year, we gather from the edition of his remarks that appears in the Wall Street Journal. “For all the undoubted genius of your Constitution,” our friend reckons, “in 2016 it is no longer sustainable for Americans to say they have the best democratic system in the world.” The headline the Journal puts over it is: “1776: Would you like to reconsider?”

SON OF LIBERTY: Thanks but no thanks, says the Sun in respect of the question of whether, in light of the current presidential contest, to reconsider 1776. Our own sentiments abide with Samuel Adams. Nor were the Sons of Liberty so dainty in their day.
END_OF_DOCUMENT_TOKEN_TO_BE_REPLACED

ISIL has abducted tens of thousands of men, women and children from around Mosul to use as human shields in the imminent battle for the city, the UN said Friday.

The militants forced more than 8,000 families from their homes before marching them into Iraq’s second city. END_OF_DOCUMENT_TOKEN_TO_BE_REPLACED

Yes, there have been noxious anti-Semitc comments by one of the candidates: not Trump, but Hillary Clinton. Journalists scouring only the Trump record for anti-Semitism–but not both sides equally–betray their own insincerity, and dishonorably misuse this serious issue for partisan purposes.

In this strangest of election years, one element of political discourse keeps getting stranger: the crusade to uncover any smidgen of antisemitism.

With great zeal, journalists – particularly in the Jewish media – have gone to extraordinary lengths hunting for the slightest hint of anti-Jewish hostility. Their findings have been enlightening, though perhaps not exactly as intended.
END_OF_DOCUMENT_TOKEN_TO_BE_REPLACED

Prime Minister Benjamin Netanyahu and senior coalition members on Sunday were set to discuss the proposed shuttering of a new, not-yet-operational public broadcaster.

Lawmakers in the Jewish Home and Kulanu parties told Hebrew media over the weekend their respective parties were opposed to the closure, which critics have charged is an effort by Netanyahu — who also holds the communications portfolio — to muzzle voices critical of the prime minister. Reports Sunday afternoon said Kulanu’s leader, Finance Minister Moshe Kahlon, would not attend the discussion.
END_OF_DOCUMENT_TOKEN_TO_BE_REPLACED

It appears that  Putin favors Hillary Clinton in the coming election contrary to Clinton’s attempt to connect Trump with Putin.

A.     Putin is a cold-blooded.  realist  with an agenda to expand Russian  influence to encompass all of the areas of the previous Soviet Union and to become a major player in the Middle East.  It is Putin’s agenda that   guides his  actions.[ And,  from Putin’s point of view Hillary Clinton  is much more likely to help him  complete his agenda than is Donald Trump.]

B.      Most important to Putin  is the  very favorable political and  economic outcomes to Russia that would occur from Hillary Clinton’s expected actions relating to fracking.Thus, a major reason that he prefers Hillary Clinton is her position and  likely future actions concerning  Fracking.
END_OF_DOCUMENT_TOKEN_TO_BE_REPLACED

I took the liberty of addressing a form letter, dated October 24, 2016, signed by Carol Meek and “Paid for by the Ohio Democrat Party.” An Ohio public school teacher for 33 years, she was distraught about constantly hearing Donald Trump’s “mean, cruel, racist, and reprehensible” words. Of course, this has been a persistent smear campaign conducted against Trump by the Democrat party and mainstream media, which also buries Hillary’s scandals.

Meek said, “The 2016 election is no longer an opportunity to teach about American government in real time . . . because of the vile words and behavior of Donald Trump.”  How wrong she is!  This is the time to see our government in action, as we are living in an age of a despotic ruling class protected by media corruption, when the common man, one not of Washington and who lived the American dream, may restore our purloined freedoms.  Her students would be exposed to revealed “private conversation” as well as to illegal, private, scheming conversation with people who buy and sell favors that harm our country.  They would have seen “in real time” the presidential debates controlled by biased moderators, and learned later that one candidate, Hillary, was illegally given the questions in advance.  We may soon have the opportunity to watch “in real time” how justice will prevail in a court of law against a candidate who enriched herself on foreign funds, with a history of corruption that should render her ineligible for office.
END_OF_DOCUMENT_TOKEN_TO_BE_REPLACED 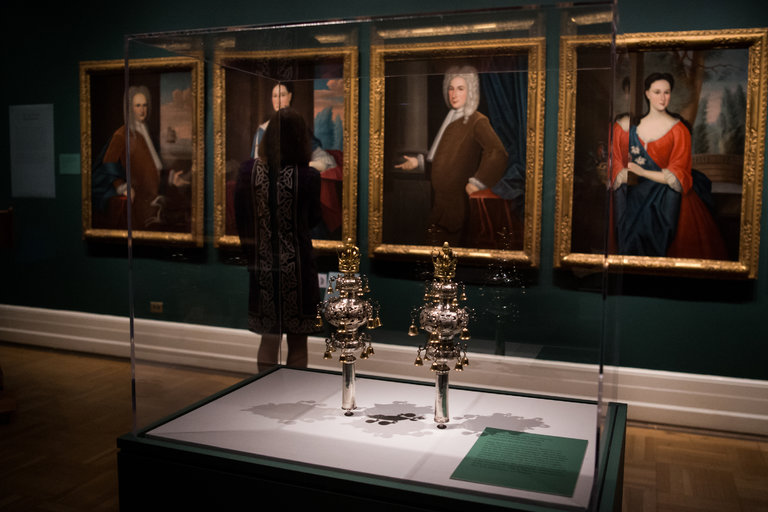 IF such events can be said to have an upside, the Inquisition had one for Spanish and Portuguese Jews: It propelled them to the Americas, where they largely found the tolerance and opportunities denied them in Europe.

END_OF_DOCUMENT_TOKEN_TO_BE_REPLACED 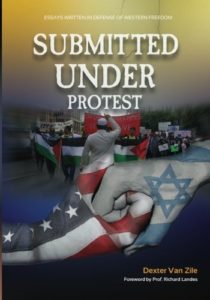 In June 2005 Dexter Van Zile, then a member of the United Church of Christ, was sitting at a desk in an Atlanta hotel room reviewing a resolution, condemning the State of Israel’s security barrier, which had been presented to the church’s General Synod at its biannual meeting.

The text called on Israel to dismantle the controversial barrier that it erected in response to the Second Intifada and to provide monetary compensation to some untold number of Palestinians for the damage it had caused to their property. The resolution, writes Van Zile, “had been prepared with little regard for the Israelis who had been murdered by the Palestinian suicide bombers….” The draft “described in great detail the suffering endured by the Palestinians as a result of the barrier, but made no mention of Israeli victims of terror attacks. It portrayed the hardships suffered by the Palestinians as a result of the barriers as a bigger problem than the loss of Israeli lives.”
END_OF_DOCUMENT_TOKEN_TO_BE_REPLACED