T. Belman. Im not so sure. Trump said that he will strongly react if any of his people are killed. Iran can avoid that and carry on their war with Israel. 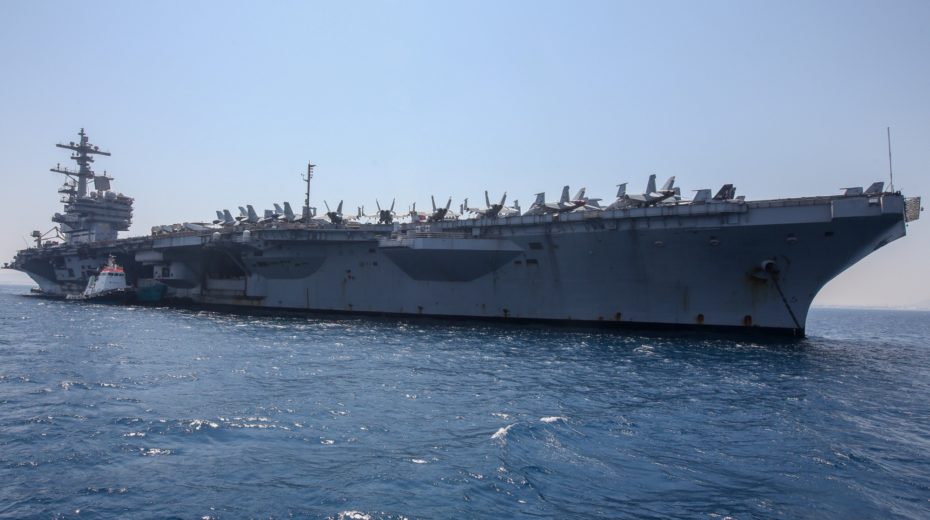 On Sunday, Israel finally got help from the US military in the battle against Iran and its numerous proxies in the Middle East when American warplanes fired more than 30 missiles at 5 bases of the Kata’ib Hezbollah militia in both Iraq and Syria.

US F-15 Strike Eagles bombed weapon depots and command centers of Kata’ib Hezbollah (meaning: battalion of the party of God) killing 25 members of the militia which is part of the Iranian-backed al-Hashd al-Shaabi umbrella organization of predominantly Shiite militias in Iraq.
END_OF_DOCUMENT_TOKEN_TO_BE_REPLACED

At the Freedom Center’s Restoration Weekend in Palm Beach, Florida on November 17, 2019, I unveiled the duplicity and deception at the heart of the Israeli-Palestinian “peace process” and explained, among other things, why Anwar Sadat should not be revered as a man of peace.

T. Belman. I have been advised by a person in the know, that “It’s a bullshit opinion piece from a known leftist.”

The PM and defense minister seem to be moving toward creating a de-facto state in Gaza, and another comprising Israel and the West Bank. 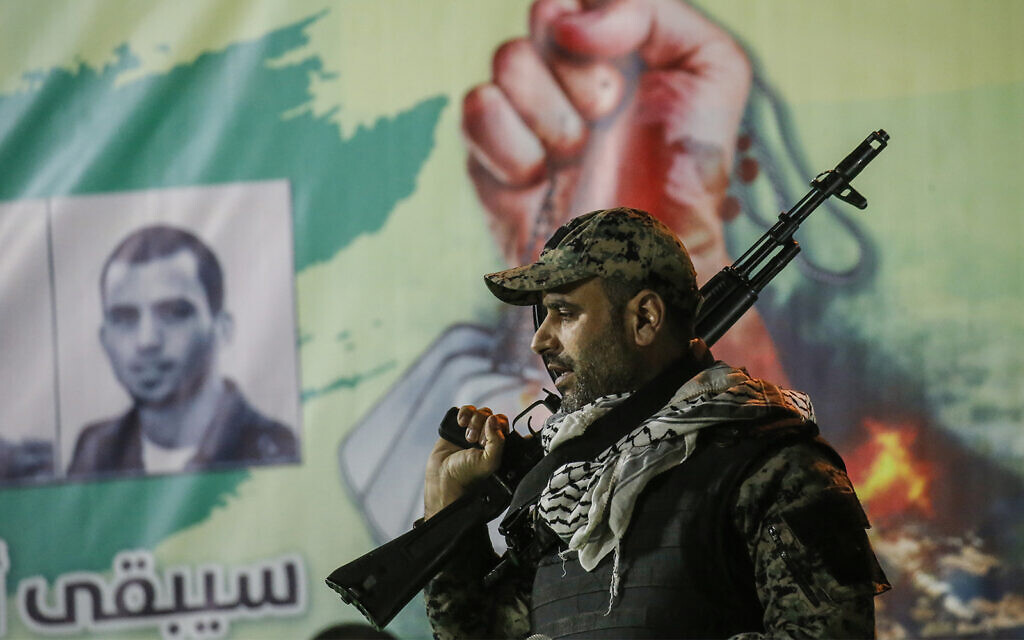 Quietly, right under Israel’s nose, the Netanyahu-Bennett government (the fifth Netanyahu government) is taking steps toward a historic process that is meant to create a de-facto two-state reality: one de-facto state in the Gaza Strip under the control of Hamas, and the second in the sprawling territory between the river and the sea under Israeli control, including the West Bank.

But the historic agreement (even if it is only a partial one) with Hamas, which the Netanyahu government is making big strides toward — alongside economic sanctions it is imposing on the Palestinian Authority, and the absence of a diplomatic process with the PA — may together carry a heavy price, if not soon, then in years to come.
END_OF_DOCUMENT_TOKEN_TO_BE_REPLACED 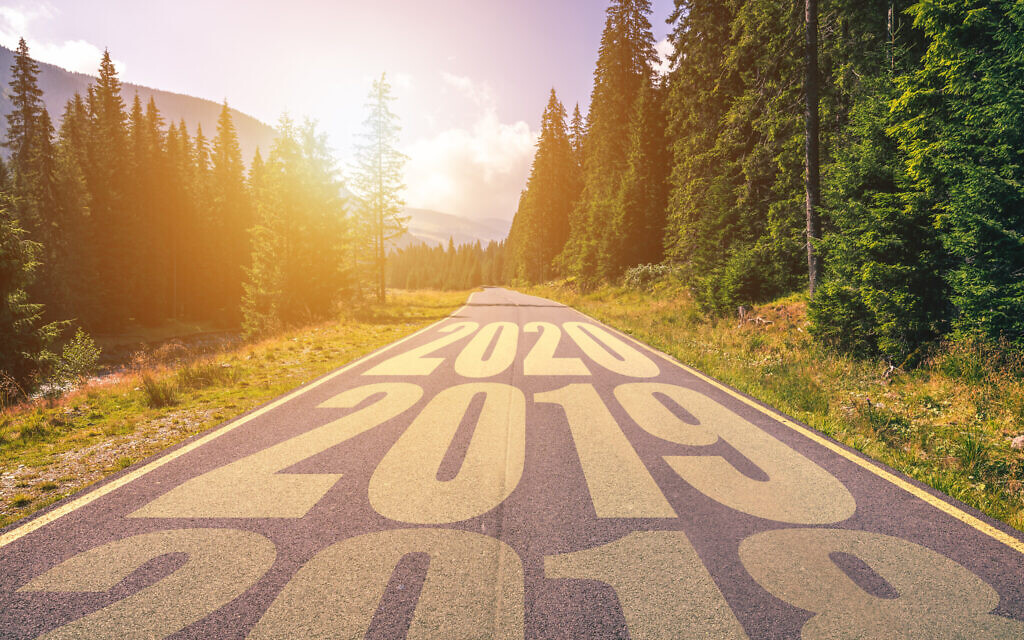 The last 10 years have seen the so-called Startup Nation flourishing, with increasing numbers of multinationals taking notice, snapping up Israeli companies and technologies and setting up local R&D centers.

Startup entrepreneurs, once eager to sell their firms to the highest bidder as soon as they could, are now holding out longer and raising more money from venture capital or private equity funds to grow their companies on their own.
END_OF_DOCUMENT_TOKEN_TO_BE_REPLACED

With cries of ‘Death to America, death to Israel,’ protesters vent their anger over US attacks on Kataeb Hezbollah group, seen as violation of Iraqi sovereignty 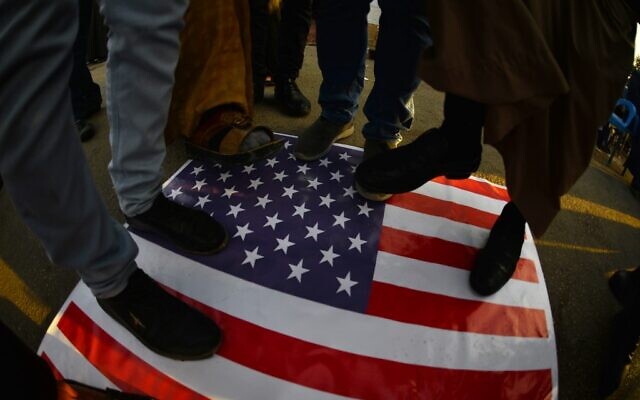 Iraqis step on a US national flag on December 30, 2019, during a demonstration in the holy shrine city of Najaf to denounce the previous night’s attacks by US planes on several bases belonging to the Iran-backed Kateb Hezbollah militia. (Haidar HAMDANI/AFP)

BAGHDAD (AP) — Dozens of angry Iraqi Shiite militia supporters broke into the US Embassy compound in Baghdad on Tuesday after smashing a main door and setting fire to a reception area, prompting tear gas and sounds of gunfire.

An Associated Press reporter at the scene saw flames rising from inside the compound and at least three US soldiers on the roof of the main building. There was a fire at the reception area near the parking lot of the compound but it was unclear what had caused it. A man on a loudspeaker urged the mob not to enter the compound, saying: “The message was delivered.”
END_OF_DOCUMENT_TOKEN_TO_BE_REPLACED

(Tea Party 247) – If anyone is still unfamiliar with the social credit system that has been imposed on Chinese citizens, it would be worth your time to read up on it. It is the future of America if we continue to sit back and do nothing while Big Tech steadily infringes on our privacy and personal information.

What’s even more concerning is that the world is moving towards this reality at rapid-pace. The UN is considering a plan in which dictatorial regimes such as China and Russia would control the internet, which spells big trouble for conservatives. This will only evolve into a system in which conservatives are censored, silenced, and denied access to the internet, all because of our views, which will soon be criminalized.
END_OF_DOCUMENT_TOKEN_TO_BE_REPLACED

Plans to retroactively legalize 180 homes in the MItpze Dani outpost as a neighborhood of the Ma’aleh Mikhmas settlement is expected to be advanced.

Israel is set to advance plans for at least 2,061 settler homes this Wednesday and Thursday at the quarterly meeting of the Higher Planning Council for Judea and Samaria.

Ahead of the meeting, the left-wing group Peace Now published a preliminary list of the plans, which include authorizing two outposts. Plans to retroactively legalize 258 homes in the Harshea outpost, making it a legal neighborhood of the Talmon settlement, are expected to be approved.

Plans to retroactively legalize 180 homes in the Mitzpe Dani outpost as a neighborhood of  the Ma’aleh Mikhmas settlement are expected to be advanced.
END_OF_DOCUMENT_TOKEN_TO_BE_REPLACED

T. Belman. That reminds me what was said to me by a drunk WASP who sat beside me on a return flight from London to Toronto. We were talking about three very rich Canadian Jews Jews, Bronfman, Reichman and Belzberg. He said “in every generation Jews claim up the latter of success and then we goyim knock the latter out from under them.”

The bell curve of Jewish existence in the Diaspora tells a clear story: We start at the bottom, reach an apex, and then plummet into an abyss of terrifying violence. 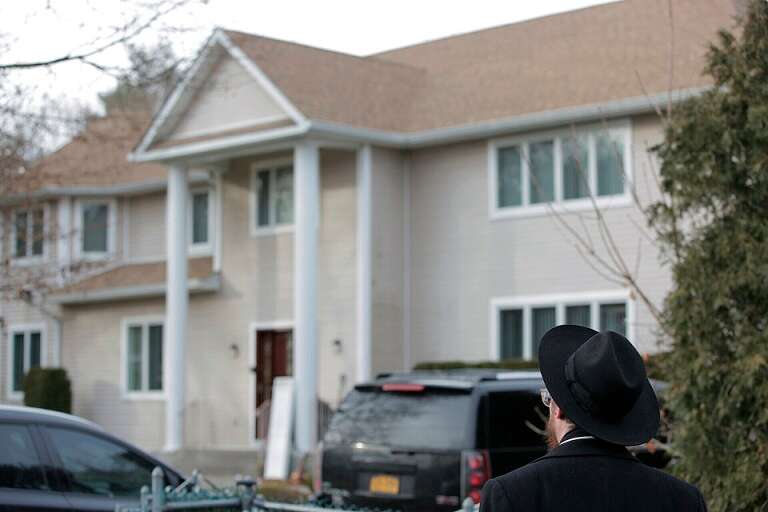 The dark corner of the Washington, DC metro station provided ample opportunity for the guy who spotted the kippah on my head. He wore a plaid shirt and had long, curly hair. “Free Palestine!” he shouted, moving toward me. I tensed up and ignored him at the same time. Luckily, he only carried on for a few more seconds before going on his way.

I’ve walked around dozens of cities across the globe while wearing a kippah, but this was the first time Jewish attire put me in danger and it’s clear that what I experienced last month is simply another incident in a wave that can no longer be denied. American Jewry is under attack.
END_OF_DOCUMENT_TOKEN_TO_BE_REPLACED

Tehran’s proxies will keep attacking as long as they sense U.S. weakness. 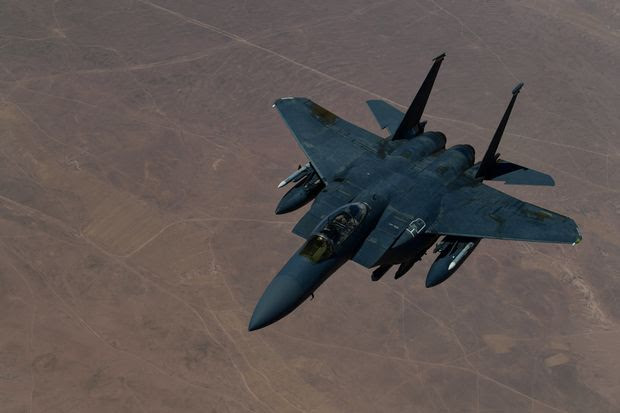 It’s about time. Finally, after multiple attacks on U.S. bases and allies, President Trump approved a military response against Iranian-allied militias in Iraq and Syria on the weekend. Mr. Trump has to be prepared to do more if the Iranians decide to escalate.

The Pentagon said U.S. F-15E fighters carried out the strikes on five targets occupied by Kataib Hezbollah, a Shiite militia allied with and armed by Iran. “Iran and their KH proxy forces must cease their attacks on U.S. and coalition forces, and respect Iraq’s sovereignty, to prevent additional defensive actions by U.S. forces,” Pentagon spokesman Jonathan Hoffman said.
END_OF_DOCUMENT_TOKEN_TO_BE_REPLACED

The political class has clung to conformism as if it’s way to protest him. 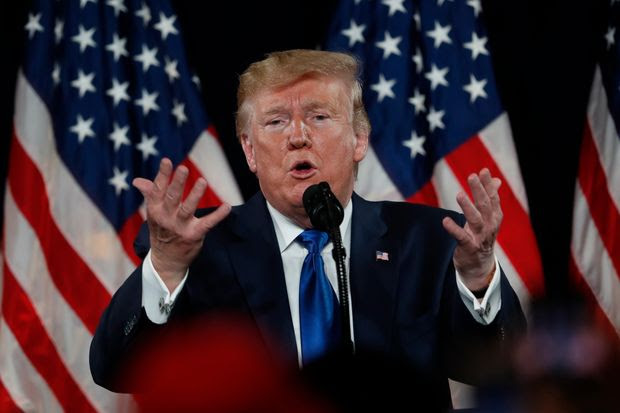 One business lesson Donald Trump has applied in politics is to be original. Companies spend tremendous sums to make unique products, brand them and protect them from copying. Electoral messages are easy to copy, yet few candidates seem to recognize the threat.

Mr. Trump may be the most copy-proof politician in modern history. “I do my best work off script,” he told the Black Voices for Trump Coalition in Atlanta in the fall. “I also do my worst work off script.” He gets away with his worst work because of his best work, which rivals have proved incapable of imitating.

In a December 28, 2019 article in the Jordanian daily Al-Ghad, ‘Abdallah Kan’an, secretary-general of Jordan’s Royal Committee for Jerusalem Affairs, [1] wrote that the festival of Hanukkah is based on traditions relating to the “false” Jewish Temple, and therefore constitutes a direct threat to the Muslim and Christian holy places in Jerusalem. Titled “The Festival of Lights – A Zionist Colonialist Ritual, Not A Jewish Religious Festival,” the article claims that Israel and right-wing organizations in it use Hanukkah to further their plans of Judaizing Jerusalem and to carry out mass raids on the Al-Aqsa mosque “in the guise of Talmudic religious rituals.”

It should be noted that the article was published amid tension between Israel and Jordan, including over the Jordanian Waqf’s management of the Al-Aqsa compound and Jordan’s opposition to Jewish worshippers visiting the compound.[2] A month ago, Jordan’s king even said that “relations with Israel are at an all-time low.”[3]
END_OF_DOCUMENT_TOKEN_TO_BE_REPLACED

Despite the deal, and the 1994 Israel-Jordan peace treaty, anti-Israel sentiment runs high in Jordan. Two electrical transformers in northern Jordan, part of the infrastructure to transfer gas from Israel’s Leviathan natural gas field to Jordan was torched in an anonymous attack on Saturday, The Jerusalem Post reports on Sunday.

It’s not the first attack on the station, says the Post, citing Sky News Arabia.

Gas will start to flow in the next few days, part of a September 2016 deal worth $10 billion between Jordan’s National Electric Power Company and Noble Energy, which runs the Leviathan pipeline.
END_OF_DOCUMENT_TOKEN_TO_BE_REPLACED

Secretary of State Mike Pompeo, Defense Secretary Mark Esper, and General Mark Milley told reporters that the strikes against Kataib Hezbollah were successful, but more may be carried out.

An Iraqi flag flies at a military camp near the border with Syria at al-Qaim, Iraq, November 25, 2018. (photo credit: ALAA AL-MARJANI/REUTERS)

U.S. officials said on Sunday that air strikes in Iraq and Syria against an Iran-backed militia group were successful, but warned that “additional actions” may still be taken in the region to defend U.S. interests.

The U.S. military carried out the strikes on Sunday against the Kataib Hezbollah militia group in response to the killing of a U.S. civilian contractor in a rocket attack on an Iraqi military base, officials said.
END_OF_DOCUMENT_TOKEN_TO_BE_REPLACED

Likud members who support Netanyahu were asked during last week’s primaries who will they support after Netanyahu steps down.

A poll published by Channel 13 News on Sunday provides an interesting perspective on possible candidates for the leadership of the Likud after Prime Minister Binyamin Netanyahu steps down.

The poll, conducted by Direct Polls during the primaries for the leadership of the Likud, asked 847 of Netanyahu’s supporters which of the candidates will they support after Netanyahu.

45% of respondents said they would support former Jerusalem Mayor MK Nir Barkat for the leadership of the Likud after Netanyahu.
END_OF_DOCUMENT_TOKEN_TO_BE_REPLACED

The Midrash records that Reish Lakish (Rabbi Shimon ben Lakish) homiletically explained the first few moments of Creation to be a microcosm of all subsequent history:

“In the beginning, God created the heavens and the earth; and the earth was chaos and void, with darkness over the abyss. And the Spirit of God was hovering over the waters, and God said: Let there be light! – And there was light” (Genesis 1:1-3).

T. Belman. He’s right. Nowhere in his article does he pass judgement on the plan as good or bad for Israel. He uses distain to convey his message that the right is bad.  In fact the plan should appeal to all Israelis, left or right.

T. Belman. More like the man of the last half century.

I have come to the realization that Trump is one of the most important presidents in US history because of his moral clarity, and because he dared to defy political correctness.

Over the past decade, the world’s equilibrium has been disrupted. Social media helped advance the democratic debate, but also intensified the shaming of others, no to mention psychological warfare.

And the US, as always, was the leader of the pack. Self-appointed clergy from the Political Correctness Religion have been telling us what we can say and what we cannot. If you say one bad joke, you are automatically put on trial. The Inquisition is back, but this time in English.

But there is one person who has taken it upon himself to counter this trend, using the very social media networks that have created this problem.
END_OF_DOCUMENT_TOKEN_TO_BE_REPLACED