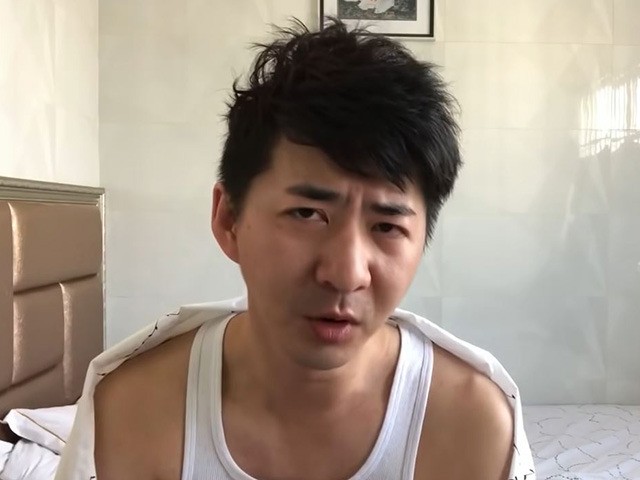 Chinese citizen journalist Chen Qiushi, who has been reporting on the coronavirus outbreak from ground zero in Wuhan, disappeared on Thursday just as public outrage was mounting over the death of whistleblower doctor Li Wenliang.

Chen’s family says he has been forcibly quarantined in order to silence him after he posted viral video reports that challenged the official narrative about the situation in Wuhan.

Chen, a human rights activist who at 34 happens to be the same age as the late Dr. Li Wenliang, has been reporting from Wuhan since the city was placed under lockdown on January 24.

“I’ve said before that I’m a citizen journalist. What kind of journalist am I if I don’t rush to the front line when there is a disaster?” he said in his first dispatch from Wuhan. Another early video denounced the government for abusing Wenliang and seven other whistleblowers who tried to give an early warning of how dangerous the virus was.

His video reports depicted a medical system overwhelmed by the virus to a much higher degree than the Chinese government, at any level, wanted to admit. January 24 was only four days after the Chinese began admitting the virus can be spread by human contact.

Chen vowed that he would keep reporting from Wuhan until the epidemic was over. He promised not to spread wild rumors or deliberate incite panic, but was determined to expose the government cover-up of how severe the virus outbreak is, and how badly it was being handled by local and national officials.

“I am afraid. In front of me is disease. Behind me is China’s legal and administrative power. But as long as I am alive I will speak about what I have seen and what I have heard. I am not afraid of dying. Why should I be afraid of you, Communist Party?” he said in a January 30 report.

Chen’s reports included interviews with Wuhan medical personnel who said many virus deaths had been concealed, supplies were short, and government censorship was hindering efforts to spread important safety information about the disease. He decried the atmosphere of confusion and paranoia in Hubei province that made it difficult for residents to work together to distribute supplies and keep the virus from spreading. Several of his visits to hospitals and clinics revealed there were not enough beds for sick patients and not enough test kits for people who thought they might have contracted the coronavirus.

The Hong Kong Free Press detailed the last few reports Chen was able to upload before he went dark:

The first one showed large crowds outside of a pharmacy attempting to buy a Chinese medicine called “shuanghuanglian.” On January 31, The Chinese Academy of Sciences released a report in The People Daily News claiming that the medicine could repress viral replication. While the medical experts admitted that there wasn’t any clinical evidence about the effectiveness of the medicine, panicked shoppers bought up all the medicine from the market.

The second one showed national security officers disguised as disease control officers visiting Wuhan citizen reporter Fang Bin late at night claiming that they suspected he was infected. On January 31, Fang Bin uploaded a video taken from Wuhan No.5 hospital which showed how corpses from the hospital were sent to a funeral house and he believed that was the real reason for his arrest.

Fang was released the following day and talked about the incident via Chen’s YouTube channel. The police had accused him of creating social panic.

Both Fang and Chen were trying to dig into the stories about the death toll of the Wuhan coronavirus. Chen visited the Hanhou Funeral Home on January 29 and found out that within a period of 1.5 hours four vehicles had entered the funeral home, a designated cremation center for bodies infected with the coronavirus. On January 31, Fang Bin found out that a vehicle parked at the entrance of the No.5 hospital was loaded with 8 bodies.

According to friends and family quoted by CNN on Sunday, Chen suffered the same fate as Fang Bin. On Thursday, he went completely dark on social media and stopped returning phone calls. He was banned on Chinese social media over the summer for filing forbidden reports about the Hong Kong protests, but he filed his Wuhan reports using YouTube and Twitter, two platforms blocked by the Chinese Communist Party.

Chen’s mother appealed for public help to find her son on Friday, then later relayed a message through one of Chen’s friends that said she was told by state security officers that Chen had been detained for quarantine. The officers refused to tell her where he was quarantined.

CNN said both city and provincial police officials claimed to have no information about his whereabouts. People who had recent contact with Chen said he displayed no signs of illness. His friend Xu XiaoDong posted a video that claimed Chen was taken by force and his cellphone was confiscated, while patients quarantined for the virus are normally allowed to keep their phones.

The Washington Post reported on Sunday that Chen knew he would probably be arrested for his reporting, so he “gave select friends access to his accounts, instructing them to change the passwords if they went more than 12 hours without hearing from him.”

The Post theorized Chen was silenced in a bid to control spiraling public fury over the death of Wenliang. That bid may have backfired, as CNN noted Chen has become far better known to the Chinese public as news of his disappearance spread. The Chinese Internet is reportedly flooding with posts angry about Chen’s disappearance and demanding to know his whereabouts.

“Who is Chen Qiushi? Why are there so many people looking for him? Why does the media censor his name?” asked one prominent user on Weibo, the Chinese version of Twitter.

“He is a lawyer. He is a journalist. He is someone who dares to go to Wuhan to report the truest conditions when the outbreak is at its most severe stage. He is a hero. And he has gone missing,” read a reply to that message quoted by CNN.