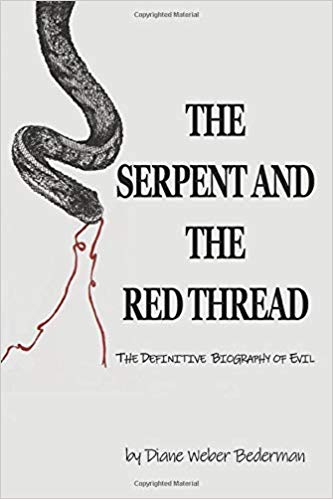 By AFP and TOI STAFF 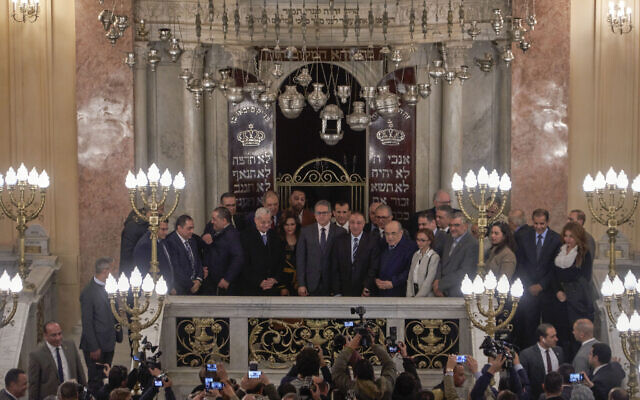 ALEXANDRIA — Egypt unveiled Friday a newly renovated 14th-century synagogue in Alexandria as part of a push to market the country’s rich cultural heritage.

The Eliyahu Hanavi synagogue, boasting green and violet stained glass windows and towering marble columns, was built in its current form in 1850 by an Italian architect on top of the original edifice dating back to 1354; the original building was badly damaged during Napoleon Bonaparte’s invasion of Egypt in 1798.

With room for approximately 700 worshipers, it is the larger of the two synagogues remaining in the city. Alexandria was once home to an estimated 30,000-40,000 Jews.

In cooperation with the military, Egypt’s antiquities ministry oversaw the 64 million pound ($4 million) renovation which lasted over three years after the roof and staircase collapsed in 2016.

Sitting in the back wooden rows, Yolande Mizrahi, a septuagenarian Jew born and raised in Alexandria, was delighted with the conservation. 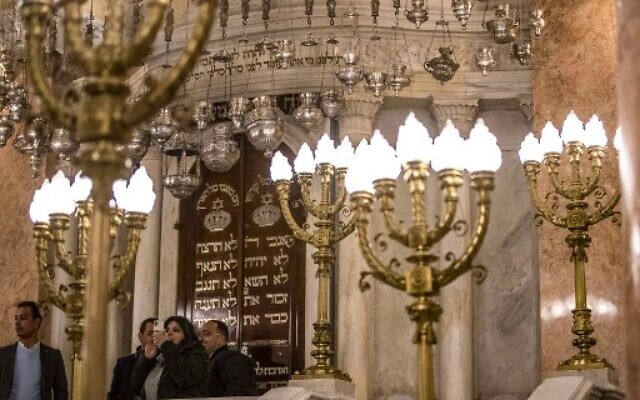 Guests visit the newly renovated Eliyahu Hanavi synagogue in the northwestern Egyptian city of Alexandria on January 10, 2020, on the day of its inauguration. (Khaled DESOUKI/AFP)

“If it wasn’t for [President Abdel Fattah] al-Sissi, this would have never been done. A lot of things have changed since he’s taken over,” she told AFP.

In 2018, Sissi singled out preservation of places of worship for Egyptian Jews and Coptic Christians as a priority for his government.

Egypt is now home to only a handful of Jewish citizens. 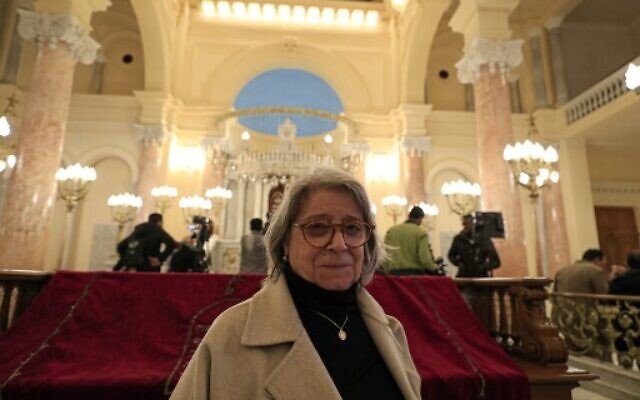 Magda Haroun, one of the leaders of the Egyptian Jewish community in the capital Cairo, visits the newly renovated Eliyahu Hanavi synagogue in the northwestern Egyptian city of Alexandria on January 10, 2020, on the day of its inauguration. (Photo by Khaled DESOUKI / AFP)

Egypt’s Jewish community, which dates back millennia, numbered around 80,000 in the 1940s, but today stands at fewer than 20 people. The departure of Egypt’s Jews was fueled by rising nationalist sentiment after Israel’s founding in 1948 and  during the Arab-Israeli wars, harassment, and some direct expulsions by then-Egyptian president Gamal Abdel Nasser. 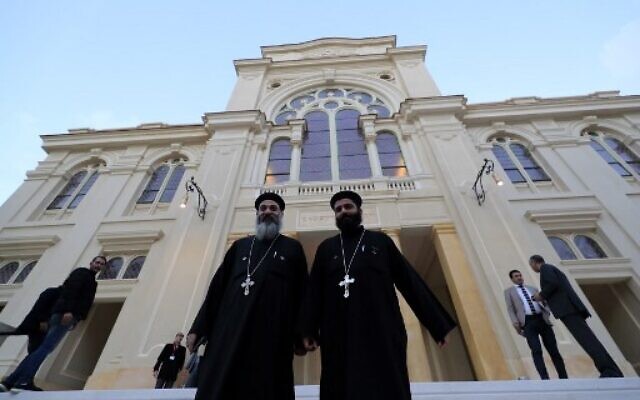 Coptic priests leave after visiting the newly renovated Eliyahu Hanavi synagogue in the northwestern Egyptian city of Alexandria on January 10, 2020, on the day of its inauguration. (Khaled DESOUKI/AFP)

Lior Haiat, a spokesman of the Foreign Ministry, said in a phone call on Wednesday that while Israeli diplomats would not be at the synagogue on Friday, they would take part in another event marking its reopening later in 2020.

Egypt and Israel signed a landmark peace treaty in 1979 and have since maintained formal diplomatic relations. But public opinion in Egypt has largely remained hostile to the Jewish state.

For Mizrahi, she fondly recounted how the synagogue which she used to attend as a youngster was a communal gathering space for the Jewish minority in Alexandria.

She hoped Friday’s opening of the temple to the public would spur other Jews abroad to visit the temple.

“I have relatives who left to France, Italy and Israel and they would like to visit the synagogue now,” she added. 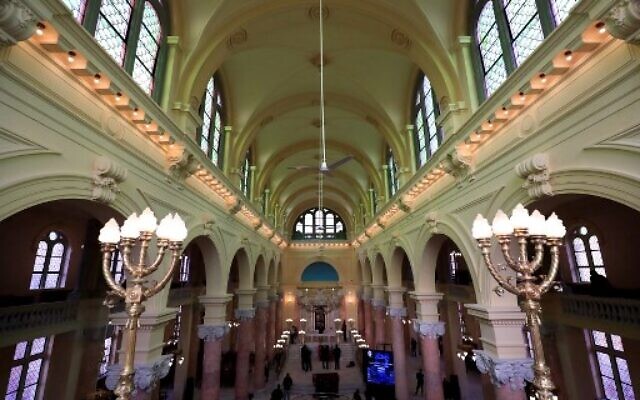 Guests visit the newly renovated Eliyahu Hanavi synagogue in the northwestern Egyptian city of Alexandria on January 10, 2020, on the day of its inauguration. (Khaled DESOUKI/AFP)

Egypt has sought to promote its cultural heritage to revive the vital tourism sector, badly hit by political insecurity and attacks.

Magda Haroun, one of the leaders of the dwindling Egyptian Jewish community in Cairo, choked back tears after the ceremony.

“This is recognition of Egypt’s Jews who were neglected for over sixty years,” she told AFP.

“It is recognition that we have always been here and that we have contributed to a lot of things just like any other Egyptian ” Haroun said.

The renovations included the structural reinforcement of the synagogue, the restoration of its main facade, decorative walls, and brass and wooden objects, and the development of its security and lighting systems, the Antiquities Ministry said in a statement in December.

Eliyahu Hanavi was once an “active and bustling” synagogue, but it fell into a precarious state after rainwater started to leak through the roof into the women’s section seven to eight years ago, according to Alec Nacamuli, a former resident of Alexandria and a board member of the Nebi Daniel Association, an organization that works to preserve Jewish sites in Egypt. 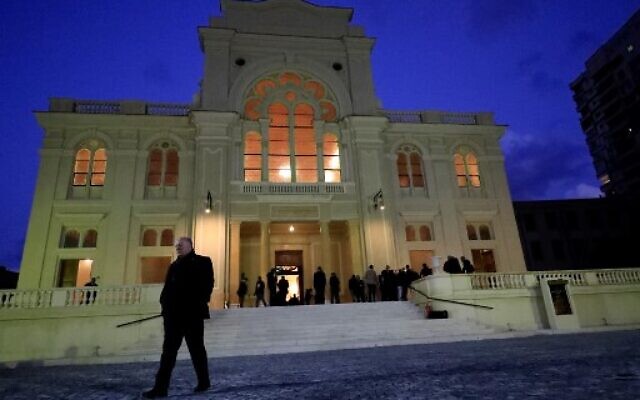 Guests visit the newly renovated Eliyahu Hanavi synagogue in the northwestern Egyptian city of Alexandria on January 10, 2020, on the day of its inauguration. (Photo by Khaled DESOUKI / AFP)

Then, four or five years ago, part of its roof collapsed and it was in urgent need of repair, Nacamuli, who left Alexandria with his family for Europe in 1956 at the age of 13, said in December. “The Antiquities Ministry stepped in to take charge of its restoration,” he said.

Egypt also sponsored the restoration of the Maimonides synagogue in Cairo in the 2000s. But many Jewish houses of worship in Cairo, as well as a major Jewish cemetery there, have sat in disarray for decades.

Sissi said in November 2018: “If we have Jews, we will build [synagogues] for them.” In recent years, Sissi, who has led a widespread crackdown on dissent and jailed thousands of critics, has frequently met with Jewish delegations in the US and Cairo.

The Associated Press contributed to this report