The straw breaking Netanyahu’s back is the sovereignty issue, which now appears to be slipping through his fingers as he wages a last-ditch effort to salvage something of the historic initiative. 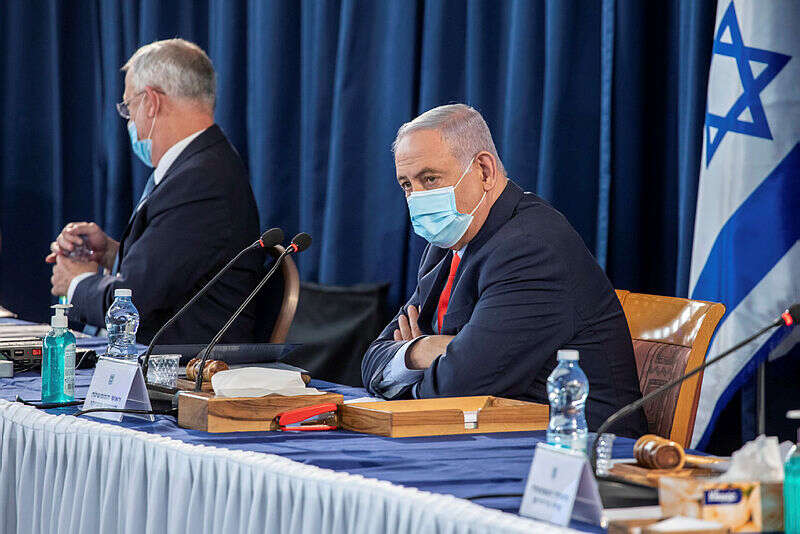 The public feud that erupted this week between Prime Minister Benjamin Netanyahu and alternate prime minister Benny Gantz was similar to the atmosphere that usually surrounds a government at the tail end of its term, when its end is already in sight. The difference is that this time we’re only six weeks into this government’s term, a long way from its designated end.

With every passing week, Netanyahu discovers he has lost another asset. His situation in the polls continues to be strong, contrary to Gantz, who continues to plummet. This gap is driving Netanyahu and his advisers crazy. People who spoke with him this week say he is at the end of his rope. The straw breaking the camel’s back, they say, is the sovereignty issue, which appears to be slipping between his fingers as he wages a last-ditch effort vis-a-vis the Americans to salvage something of the historic initiative.

From Netanyahu’s perspective, this failure has but two fathers: Benny Gantz and Gabi Ashkenazi. As Netanyahu has repeatedly stressed in private conversations, including with Gantz himself, squandering sovereignty could be a catalyst for another election. Not elections down the road just before the rotation clause kicks in, but now, immediately.

There is a growing belief within the prime minister’s circle that if elections are not called now, using the national budget vote as a jump-off station that will keep Netanyahu as prime minister of the transition government, there won’t be an election at all. Their concern is that the economic situation will continue to deteriorate; that what we are seeing now, with the country still able to pay unemployment and help the self-employed, is just the tip of the iceberg of the economic catastrophe that awaits; that a few months from now a drastic economic downturn will translate into a downfall at the voting stations; and that if an election is inevitable then better to hold it as soon as possible. People who met with Netanyahu this week described him as extremely irritable and troubled.

Realizing the magnitude of the mistake of establishing a unity government appears to be weighing on him, impairing his ability to function and deflating him. Never has a government been as paralyzed, discombobulated, and ludicrous as this one.

Netanyahu’s advisers insist that the government’s current ineptitude doesn’t mean another election on the horizon, but in the same breath they say the coming weeks are critical in that regard.