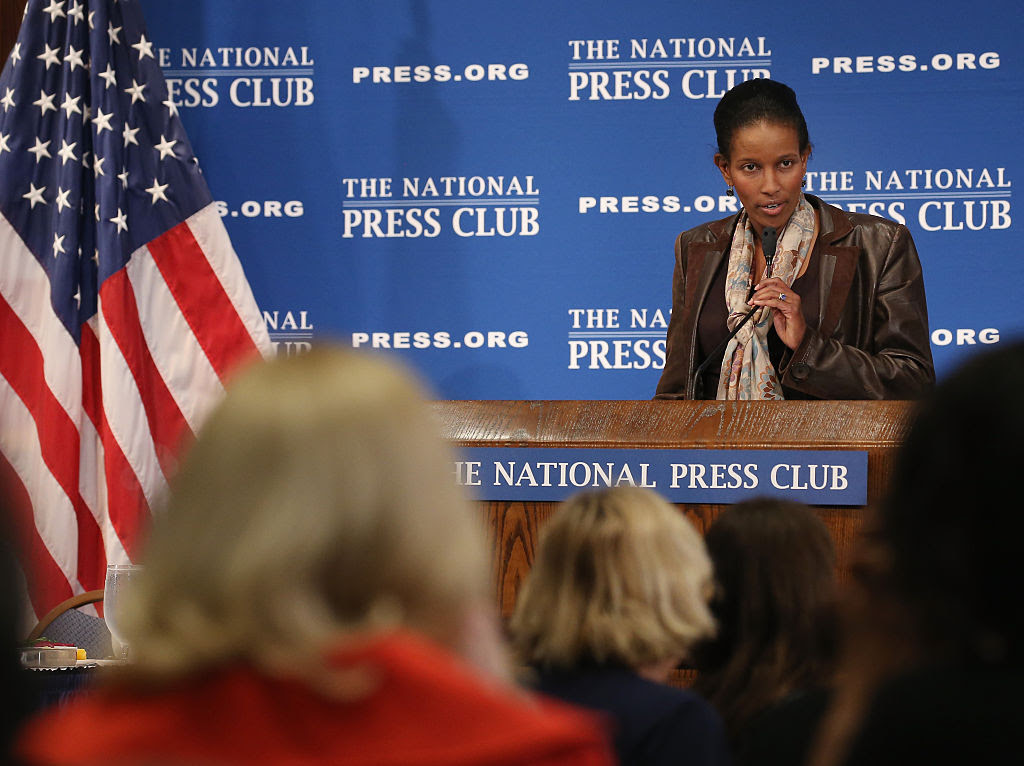 According to Ayaan Hirsi Ali, who fled her homeland of Somalia and now live in the US: “What the media do not tell you is that America is the best place on the planet to be black, female, gay, trans or what have you. We have our problems and we need to address those. But our society and our systems are far from racist”. (Photo by Mark Wilson/Getty Images)

The United States abolished slavery 150 years ago, and has affirmative action for minorities. It is the country that elected a Black president, Barack Obama — twice! Yet, a new movement is toppling one historic monument after another one, as if the US is still enslaving African-Americans. Activists in Washington DC even targeted an Emancipation Memorial, depicting President Abraham Lincoln, who paid with his life for freeing slaves.

Today slavery still exists in many parts of Africa and Middle East, but the self-flagellating Western public is obsessively focused only on the Western past of African slavery rather than on real, ongoing slavery, which is alive and well — and ignored. For today’s slaves, there are no demonstrations in the streets, no international political pressure, and virtually no articles in the media.

“We must not forget that Arab-Muslims have been champions in this field,” Kamel Bencheikh, a Muslim poet, wrote in Le Matin d’Algerie.