Biden, Buttigieg and Sanders say they would not have killed the Iranian terror master 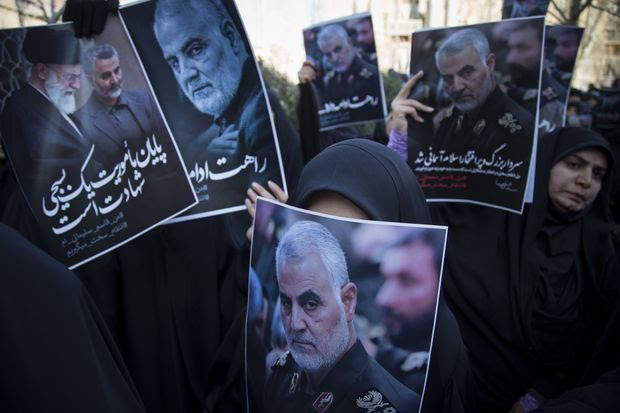 One of Vice President Joe Biden’s better lines in 2012 was “Osama bin Laden is dead, and General Motors is alive.” The crowd at the Democratic convention loved it. This year it sounds like the Democratic campaign theme may be that Iranian terror master Qasem Soleimani is dead and the world is more dangerous because of it.

That’s a fair judgment from Friday’s debate in New Hampshire when ABC’s David Muir asked the candidates “if your national security team came to you with an opportunity to strike, would Soleimani have been dead or would he still be alive under your Presidency?”

Pete Buttigieg responded: “In the situation that we saw with President Trump’s decision, there is no evidence that made our country safer.” He deplored Soleimani’s “murder and mayhem” but then zagged to the Iraq war, the Iranian nuclear pact, and a wounded veteran friend he saw in an airport. Mr. Muir tried again, but the former mayor came down with a decisive, “It depends on the circumstances.”

Mr. Muir then moved to Mr. Biden, who at least didn’t fudge. “No. And the reason I wouldn’t have ordered the strike, there is no evidence yet of imminent threat that was going to come from him,” Mr. Biden said, before veering to “America First policies” and NATO. No mention that bin Laden wasn’t an “imminent threat” by the time he was killed.

Next up was Bernie Sanders, who listed several of the world’s “very bad leaders” but said we can’t “assassinate” them because that would open the door to “international anarchy.” He said the only recourse is diplomacy.

The answers were revealing and mark a sharp difference in the coming campaign. Mr. Trump shares some of the isolationist impulses of Democrats, but he is willing to use force to kill America’s enemies. The mayhem that critics said would follow the killing of Soleimani hasn’t happened. Mr. Sanders’s answer is no surprise. But Messrs. Buttigieg and Biden missed a chance to show they would act decisively as President to deter those who kill Americans.