Islamic finance is rapidly expanding in Canada. “Canada is home to an estimated 1.5mn people following the Islamic faith, or around 4% of the population, which makes Muslims the second largest religion in the country, while it is also the fastest-growing. Most of them are immigrants.”

And expect demand in Canada for Sharia finance to increase steadily, along with demands for other Sharia tenets, such as curbing speech that offends Islam. Canada already has “Islamophobia” motion M-103, along with a $23-million followup plan to “crack down” on “Islamophobia,” as well as to train law enforcement to monitor online and offline “hate speech.”

Canada is also welcoming in one million immigrants a year, with a Prime Minister who has his clear preferences: Trudeau has declared that “evangelicals are the worst part of Canadian society.” Also, Canada’s zeal to lead the charge on the UN Migration Pact will “spell radical change for Canada,” turning mass migration into a human right. That is sobering, given Trudeau’s dismal record of promoting the interests of Islamic supremacists. The Muslim Voting Guide even deemed Trudeau’s “blackface antics” to be “OK because of his public stance against Islamophobia.”

There are plenty of opportunities for Islamic banking in Canada with a Muslim population that will increase substantially in the future and with a growing interest of foreign investors noticing that Canada is developing into an Western hub for Islamic investment and finance, following the footsteps of the UK.

But allowing Sharia-compliant finance is dangerous. Frank Gaffney, Founder of the Center for Security Policy, warns that it “is green-lighting a seditious system that supports jihad.” He further states:

“If you understand what Shariah is, you understand that it is a pretty awful system. Not something that you’d want insinuated in your society and becoming a major feature of your economic system…..Shariah (Islamic law as dictated by the Koran) governs all aspects of life, from the personal practice of the faith to how you relate to your family to how you relate to your business partners, to your community … all the way up to how the world is run, and it is all one seamless program. You can’t say ‘I’ll take the personal pietistic practice … and skip the beheading and the flogging and the stoning and the global theocracy.”

The Canadian banking sector reportedly has about $18 billion worth of Sharia-compliant mortgages; Sharia financing is rapidly expanding into the insurance sector as well. 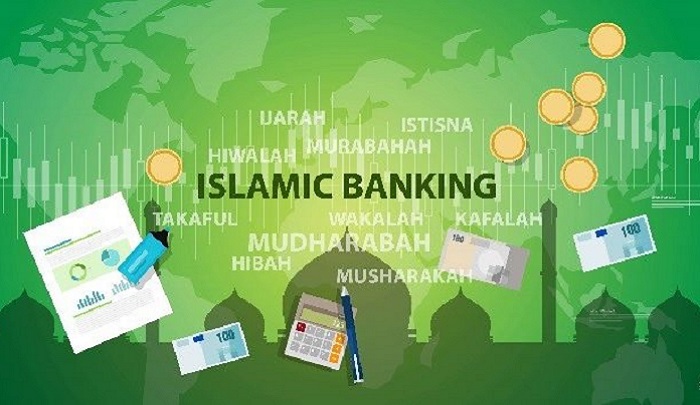 Although currently not quite in the very centre of attention of the global Islamic finance industry, the Canadian Islamic finance scene in the recent past has experienced growing interest from domestic and international investors, as it developed a rising number of Shariah-compliant investment and financing offerings. The reason is that more Muslims are seeking halal banking and finance products and – in general – an open-minded and progressive society is looking for alternative and socially conscious ways of investing.

Canada is home to an estimated 1.5mn people following the Islamic faith, or around 4% of the population, which makes Muslims the second largest religion in the country, while it is also the fastest-growing. Most of them are immigrants, but there is also a growing percentage of Muslims born in Canada and a smaller, but increasing number converting from other religions to Islam.

Most of them live in the Greater Toronto and Greater Montreal area and are generally middle-class and well educated with considerable grades of financial literacy. Overall, it is estimated that the number of Canadian Muslims will double in the coming decade. Besides, the Muslim community in Canada is quite young, so there is definitely a large potential for mortgage, car, house and personal insurance, credit cards and consumer loans. Multiple-language offerings, personalised services and modern technology-based banking and investment products further create demand in Islamic banking.

These facts, paired with Canada’s global competitiveness and ease of doing business, its AAA credit rating, its well-supervised financial market with strong risk management mechanisms, a sound banking system and a financial regulatory regime which has shown to be compatible with many Islamic finance instruments make a solid background for a thriving Islamic banking and finance landscape.

This situation, together with open-minded non-Muslims on the outlook for ethical and sustainable investment, has raised particular demand for halal mortgages and sukuk and Islamic mutual funds, Islamic insurance, or takaful, as well as commodity- and infrastructure-backed investment. Notably, Canada’s wealth in natural resources, which ranges from mining to hydrocarbons, combined with its ambitious infrastructure development agenda provide countless investment opportunities for investors looking for Shariah compliance in accordance with the asset-backed product requirements of Islamic finance.