If Palestine was ruled not to be a state by the ICC Pretrial Chamber, then the ICC Prosecution’s probe of Israelis would likely fall by the wayside. 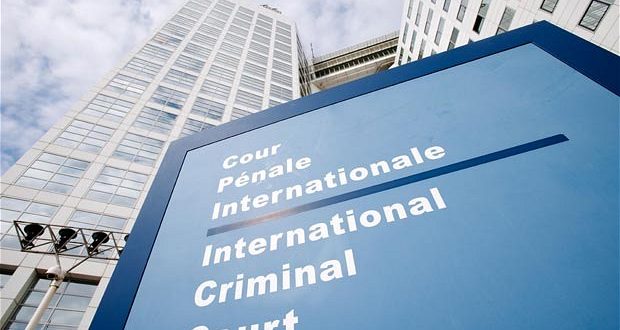 Experts need to continue to press back on the International Criminal Court’s recognition of Palestine as a state, because “there is still time and room to counter this,” international law scholar Andrew Tucker told The Jerusalem Post.

Tucker and Matthijs De Blois of The Hague Initiative for International Cooperation held a press conference along with NGO Monitor and its legal expert, Anne Herzberg, on Thursday night to discuss their book Israel on Trial: The Role of the UN and the EU in Lawfare and the Delegitimization of Israel, which advocates for Israeli positions on a range of international law issues, including dropping the ICC war crimes probe of Israelis.

If Palestine was ruled not to be a state by the ICC Pretrial Chamber, then the ICC Prosecution’s probe of Israelis would likely fall by the wayside.

While Tucker would argue numerous points for why Palestine fails the test of international law for statehood, he emphasized the Palestinian Authority’s inability to effectively govern the West Bank and Gaza as a single state.

He added that he believed global confidence in the PA has dissipated.

Admitting that the ICC Prosecution might decide to open a full criminal investigation against Israelis for alleged war crimes and that the ICC Pretrial Chamber has not been friendly to Israel, he said, “If there is a decision to proceed, then we need to get the debate over Palestinian statehood on the agenda.”

“The more we get people to talk about it… maybe we can get them to turn back [from accepting Palestine as a state].”

The Post also discussed the arguments Tucker made in his books about the legality of Israel’s settlements, which he defended.

Unlike the question of the UN Security Council not recognizing Palestine as a state, the Post noted, UN Security Council Resolution 2334 of December 2016 declared that Israeli settlements have no legal validity and flagrantly violate international law.

Tucker responded, “So what? It is politically important, but it is not binding.” He noted four main sources of international law: treaties, conventions, general principles and judicial decisions.

Although he said the UN Security Council could bind states with Chapter 7 resolutions, Resolution 2334 was passed under the nonbinding Chapter 6 and was “more of a general statement than an authoritative pronouncement on law,” he said.

Rather, Tucker explained, the main relevant issue was Article 49(6) of the Geneva Convention which clearly did not apply to Jewish settlers living voluntarily in the West Bank.

Tucker was more concerned about the International Court of Justice’s statements about the settlements in a 2004 opinion, but said the ICJ itself admitted it lacked a full factual picture when Israel did not appear to plead the case.