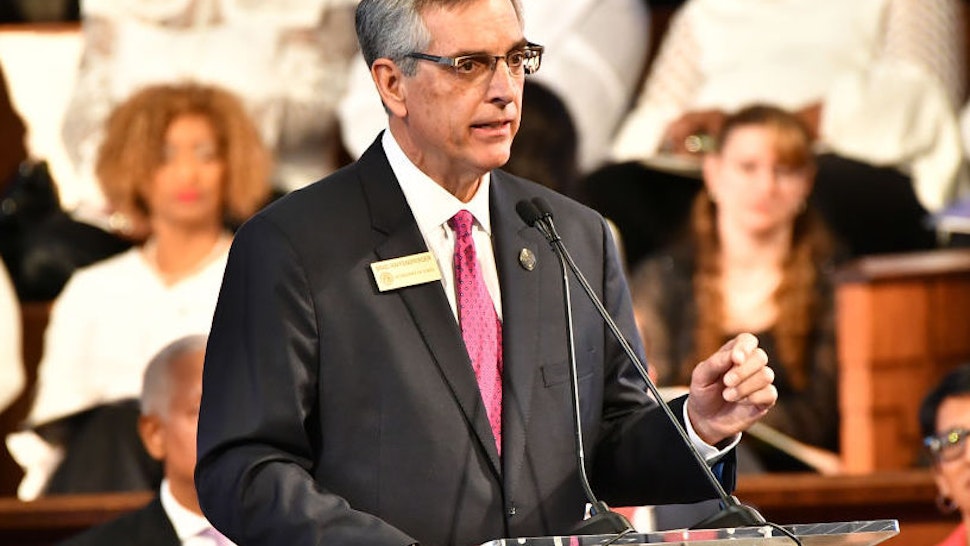 Republican Secretary of State Brad Raffensperger said on Thursday that he believes there is “no doubt” Democrat Joe Biden won the state of Georgia, despite numerous head-turning findings of Trump-breaking ballots in the Peach State post-Election Day.

“Developing next live at 5 on [WSB TV] – [Georgia Secretory of State] tells me the statewide audit results are in and there’s ‘not a thimble full of difference’ between the hand & manual recount,” said investigative reporter Justin Gray on Friday. “He says he has no doubt Joe Biden has won Georgia.”

Asked if there is “any doubt” in his mind that Biden won the state, Raffensperger responded, “No, there’s no doubt. The numbers support that; so does the audit.”

The Trump campaign and leading Republican officials in the state have pushed back on the Georgia audit, questioning why signatures are not being examined, likening the audit to a recount and unhelpful in uncovering apparent fraud.

The Georgia secretary of state said he has not seen any evidence of “major fraud.”

<
>
Following the interview, it was reported that Trump Team attorney Lin Wood had his emergency motion denied to delay vote certification in the state.

It appears Raffensperger intends to move forward with the certification, which is set for Friday at 5 p.m.

In an interview published Wednesday at The Hill, Raffensperger said talks of voter fraud in his state are a play on people’s emotions.

“There’s just people who are really angry and they’re being spun up,” he said. “It’s really the spinners that should be ashamed for playing with people’s emotions. Politicians of both sides should never play with people’s emotions. It’s one thing to motivate people, I get that, but to spin people up and play with their emotions, it’s emotional abuse and they ought to grow up and start acting with integrity.”

“I’m a Republican, I’m a conservative one, and I don’t like the idea that President Trump is not going to win,” Raffensperger continued, responding to criticism from the president that the secretary of state is a “Republican in Name Only,” or a “RINO.” “But at the end of the day, I want every voter to know we’re going to do our job and make sure every legal vote is counted.”

And it’s not just Trump who’s frustrated with Raffensperger; GA GOP Sens. David Perdue and Kelly Loeffler have called for the secretary of state’s resignation.

“The management of Georgia elections has become an embarrassment for our state. Georgians are outraged, and rightly so. We have been clear from the beginning: every legal vote cast should be counted. Any illegal vote must not. And there must be transparency and uniformity in the counting process. This isn’t hard. This isn’t partisan. This is American,” the pair said in a joint-statement.

The Daily Wire is one of America’s fastest-growing conservative media companies and counter-cultural outlets for news, opinion, and entertainment. Get inside access to The Daily Wire by becoming a member.