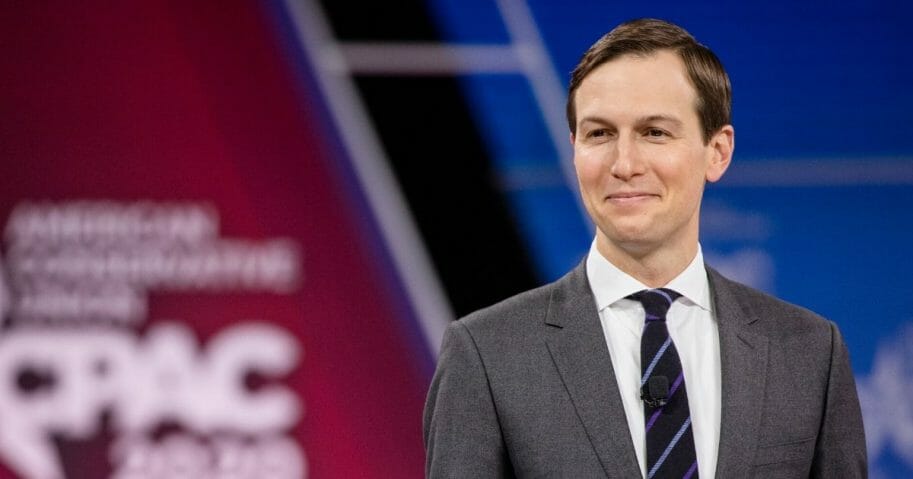 White House senior advisor Jared Kushner told the attendees at the Conservative Political Action Conference outside of Washington, D.C., on Friday that the U.S. border wall with Mexico is progressing rapidly.

“As of today, we’re at 130 miles on the wall that’s been built, and by the end of the year, we are on track to have over 400 miles,” Kushner told Matt Schlapp, the president of the American Conservative Union, which hosts CPAC.

“We’ve finished most of the contracting, and what we’re seeing now is we’re doing about five miles a week,” he continued. “We hope in about two months, we’ll be over seven miles a week.”

Kushner noted as the wall has gone up, it has freed up border patrol officers to focus their attention on other issues like the flow of illegal drugs into the United States.

“Drug interdictions have gone up tremendously, border crossings have gone down,” he said. “The team in Homeland Security is really doing a great job now of securing the border.”

“And I think it’s going to get better and better as the wall continues to go up.”

The 39-year-old, who is married to first daughter Ivanka Trump, praised the president for his leadership ability.

Time reported some of the policy matters Trump has given Kushner purview over include “brokering peace in the Middle East, building a border wall, reforming the criminal-justice system, pursuing diplomacy with China and Mexico, and creating an ‘Office of American Innovation’ dedicated to revamping how the government works.”

The former real estate developer — who does not receive payment for his White House work — is also engaged in Trump’s 2020 re-election campaign “overseeing fundraising, strategy and advertising,” according to Time.

“Jared Kushner … the father of criminal justice reform,” the president said at the Hope for Prisoners graduation ceremony. “He really is. I mean, he works so hard.”

Kushner also played a central role in the successful negotiation of the U.S.-Mexico-Canada trade deal approved by Congress earlier this year.