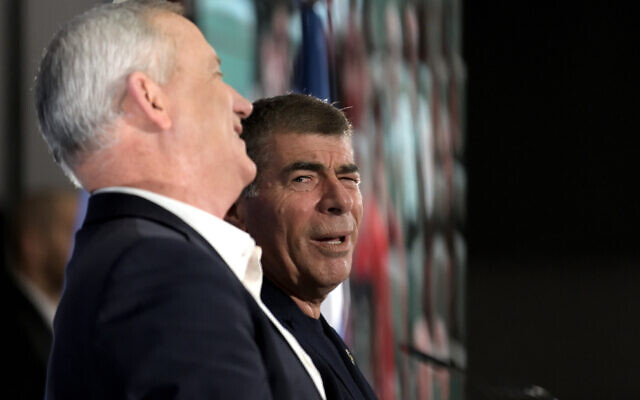 WASHINGTON — Nearly 140 US Jewish leaders unveiled an open letter Monday to Blue and White party leader Benny Gantz and his deputy, MK Gabi Ashkenazi, urging them to “remain steadfast” in their opposition to West Bank annexation under a unity government.

The missive warns against allowing the coronavirus pandemic to enable Israel to annex West Bank settlements, at a time when the country needs to unify in the face of a public health emergency.

“In the midst of this unprecedented health and financial crisis for Israel, we respectfully urge you not to use the need for unity in the face of emergency to create a different crisis for Israel by moving forward on unilateral annexation,” the American Jewish leaders write.

The letter was orchestrated by the Israel Policy Forum, a New York-based nonprofit that advocates for a two-state solution.

It was signed by a number of prominent Jewish philanthropists, such as Charles Bronfman and Donald Sussman, and religious leaders, Rabbi Rick Jacobs, who heads the Union for Reform Judiasm, and David Saperstein, former head of the Religious Action Center and US ambassador for International Religious Freedom in the Obama administration. 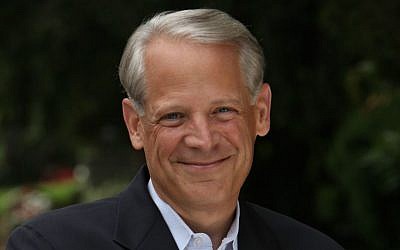 Other signatories include former Florida Congressman Steve Israel and current head of the National Council of Jewish Women Sheila Katz, among others.

“Should annexation be advanced, the majority of American Jews who oppose such a policy will feel more alienated from Israel as a result,” the letter said. “Just as we expect that our own government focus on the crisis at hand without using the fear and uncertainty felt by Americans to push through harmful and unrelated policies, we ask that the leaders of the Jewish state to which we are all so committed do the same.”

The public plea comes as Gantz has reportedly indicated in negotiations that he is willing to compromise on West Bank annexation to form a unity government with Prime Minister Benjamin Netanyahu’s Likud party, which has demanded support for the move.

Netanyahu views West Bank annexation as a legacy-making move and has been adamant about seeing the election promise through before he would have over the prime ministership to Gantz in fall 2021, under a tentative deal.

Gantz, on the other hand, has long opposed unilateral annexation but recognizes that the right-wing bloc currently has a majority that is pushing strenuously for it. 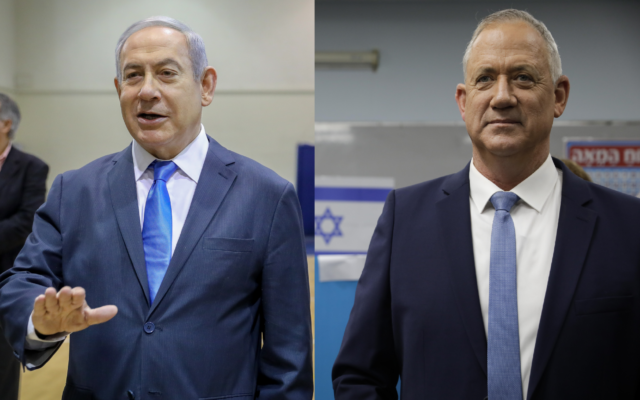 Reports Monday indicated that the agreement taking shape provided for Israel to annex up to 30 percent of the West Bank — all the settlements, and the Jordan Valley — by early summer.

On the matter of annexation, the sides decided that the government will act with the full agreement of the US and in talks with the international community, while preserving strategic interests and peace deals, according to Hebrew media reports.

Under the reported deal, Netanyahu will consult with Gantz on the matter, but apparently will not require his agreement. A vote on annexation would be held within months and not delayed until the coronavirus outbreak has passed. Blue and White will not have a veto to block the vote, but will have a free hand in deciding how to vote.

But even without the backing of Blue and White, there would likely be sufficient support among right-wing MKs in the opposition’s Yisrael Beytenu to approve annexation.

The American Jewish leaders said that pushing forward with annexation now would be “particularly damaging” — not only because it would hurt the chances of an eventual peace deal with the Palestinians, but also because it would seem like Jerusalem was taking advantage of a global pandemic.

In turn, they warn, that would weaken pro-Israel advocacy in the United States: “It will be viewed as political opportunism by proponents of annexation during the worst possible moment and will make it more challenging for American Jewish leaders as they seek to maintain strong support for Israel and pro-Israel policies at this time.”