In the middle of Passover, the Blue and White chair’s allocated time to form a government comes to an end, and with it, his major leverage against the PM 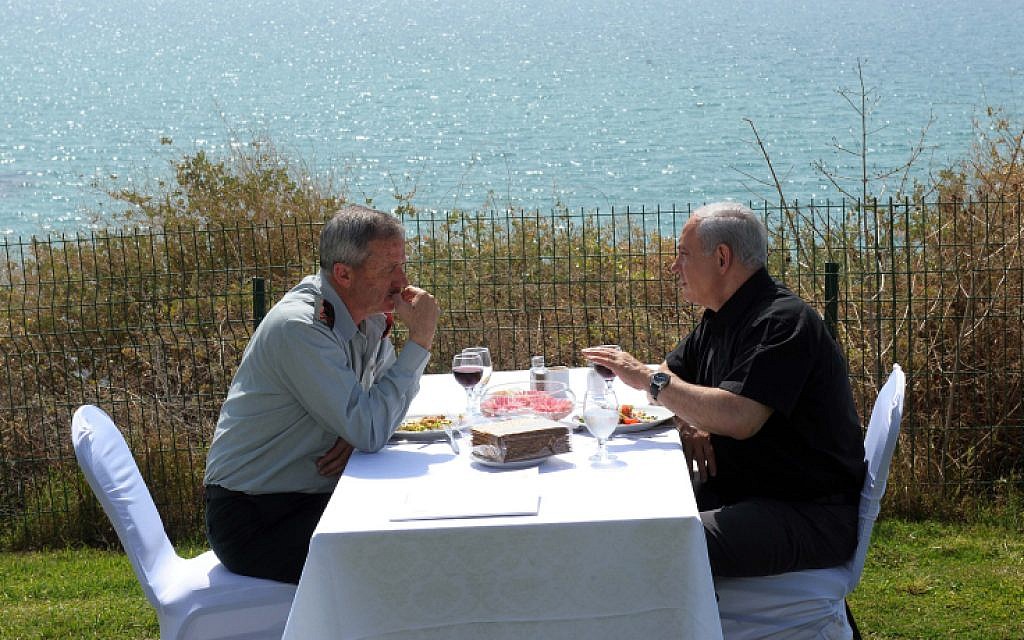 Despite calls from both Likud and Blue and White for negotiations on forming a national unity government to be completed as soon as possible in order to tackle the coronavirus crisis, Channel 12 news on Monday night reported that the talks could extend until the Passover holiday, which starts next week, and even beyond.

Why is Passover different from all other weeks? Because in the middle of the seven-day festival, on April 12, Blue and White chairman Benny Gantz’s allocated time to form a government that he would head comes to an end, and with it, his major leverage against Prime Minister Benjamin Netanyahu.

Netanyahu’s Likud won 36 Knesset seats in the March 2 election to Blue and White’s 33, but the Likud leader’s right-wing bloc again failed to muster a parliamentary majority. In consultations with President Reuven Rivlin, Gantz won 61 MKs’ recommendation that he form a government, including from the entire Joint List of majority-Arab parties.

Israel’s political arena has since been reordered, with the Yesh Atid and Telem factions breaking away from Blue and White to leave it with just 17 seats, after Gantz broke agreements with his party co-leaders and began negotiations with Netanyahu to form a joint government. But the possibility of a minority government headed by the Blue and White leader still, at least in theory, hovers over the unity talks in a threat to Netanyahu. 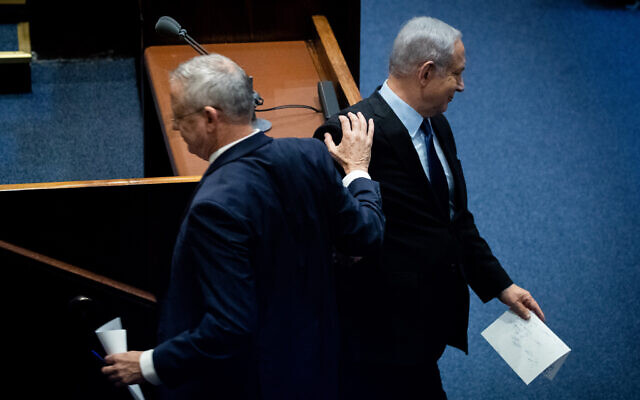 If the prime minister does not follow through with his promises to give the center-left bloc half of the cabinet portfolios in the emerging government, and if he does not budge on several key appointments seen as unacceptable to Blue and White, a minority government headed by Gantz could still be formed. That’s why, despite being in the middle of talks to allow Netanyahu to serve as prime minister for the next 18 months, the former IDF chief still retains to mandate to form a government that he would head, and isn’t planning on giving it up until he needs to.

In the meantime, Gantz also holds another piece of leverage over Netanyahu: the threat of legislation that would prevent him from serving as prime minister.

As the 23rd Knesset was being sworn in, Blue and White, still then a united opposition party, filed three pieces of legislation with that goal: The first would limit a prime minister to two terms in office — Netanyahu has served a total of four terms, plus two terms as transitional prime minister; the second would bar people facing criminal charges from serving as ministers or prime ministers; and the third would prohibit a lawmaker under indictment from being tasked with forming a government. All three would disqualify Netanyahu from continuing to serve.

As newly elected speaker of the Knesset, a position he agreed to take in order to allow coalition negotiations to take place, Gantz could still push through a legislative agenda aimed at preventing Netanyahu, whose corruption trial was delayed from March 17 due to the coronavirus crisis, from retaining the premiership.

Gantz’s shock move into the speaker’s chair on Thursday was what led to the splintering of the Blue and White alliance, which had campaigned during the three elections over the past year on ousting Netanyahu, due to his indictment on charges of bribery, fraud and breach of trust. 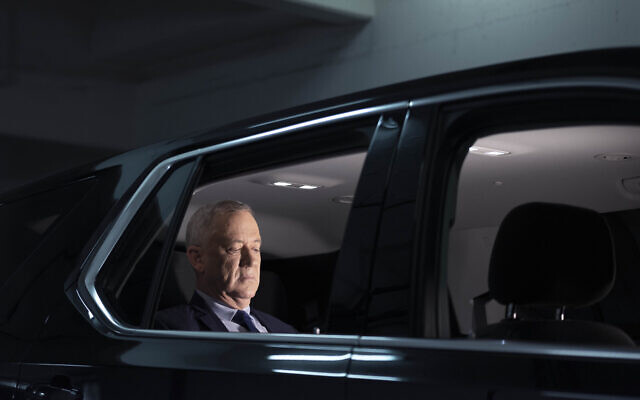 With Gantz now facing hostile opposition from Yesh Atid-Telem, however, some in Netanyahu’s religious-right bloc, including within his Likud party, believe the premier is making too-significant concessions to the center-left bloc and sidelining current coalition ministers.

Additionally, with two rightist MKs from Moshe Ya’alon’s Telem faction — Zvi Hauser and Yoaz Hendel — having formed their own faction, which they say will work together in a coalition with Gantz’s, Netanyahu could potentially even form a government without Blue and White. With Hauser, Hendel and Gesher MK Orly Levy Abekasis, who left the Labor-Gesher-Meretz union and has said she will join a unity government, the prime minister could boost his bloc of 58 supporters to 61, negating the need to bring in Blue and White at all.

Amid criticism that he is therefore being too generous, Netanyahu spoke to his right-wing and religious political allies on Sunday night to reassure them about the coalition talks, calling reports on the distribution of cabinet portfolios “total fake news.”

For now, with time working in his favor and eroding Gantz’s negotiating power, he may be right.