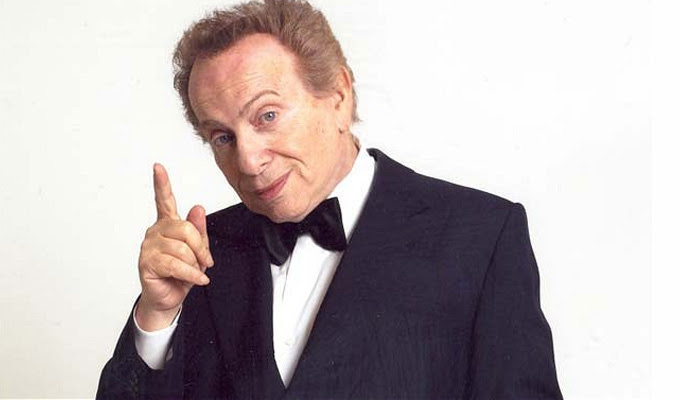 The NY Times wasn’t always as woke as it is now. I’m not even as woke as I am now, because I just fell asleep while writing this sentence.

I’ve always said there are three constants in life death, taxes, and antisemitism, a subject I’m an expert on unfortunately. All these people here in America and around the world commenting on the atrocities of the Israelis. Killing women and children! Ethnic cleansing! Apartheid!

Thousands of journalists sitting on their good for nothing tuchses yelling into the internet. All you hear is oy what a terrible thing the Israelis are doing. Evicting people from houses! Stopping people from praying! Terrible!

And, my friends, if you would go to any young Israeli man asking him what would he prefer to do, sit by an anti-missile battery or in a fighter jet, or would he rather go with his girlfriend to sit on the beach?

It seems to me that the answer is obvious, and the absurdity of the question says everything about what’s going on in the Middle East. Yet we hear so many people who have given very little thought to the topic yelling and screaming like they have lived in the region for 100 years and know every nuance of this terrible conflict.

They have decided that this is what they are going to spend their time screaming about. They don’t scream about the hundreds of thousands of Syrians who have died in the last decade by their own co-religionists’ hands, more people killed than all sides combined in the entire history of the Israeli-Palestinian conflict.

Go look, my clear eyed, lucid friends at which countries are on the Human Rights Commission at the UN. Try not to laugh or cry, just let the idea simmer in your head like an exploding Qassam rocket.

Now that we’ve got all of that out of the way, I’d like to tell you something that you might not like to hear. Something even more controversial than drinking coffee without any artificial sweetener.

Here it is. Everything took a turn for the worse after Donald Trump left office.

At the least, a new balance of power was developing, and things were more stable than they had been in a long while. There were still what seemed like insurmountable problems, for example, the desire of a large part of the Arab world to “drive the Jews into the sea.”

You don’t have to take my word for it. You can read the translations of Arab newspapers and media on the terribly accurate website- Palestinian Media Watch, or have a look at Camera, Or Memri. I just gave you enough homework to take you through the summer. You know, some light poolside reading. You might have to stockpile some anti-nausea pills or give up entirely because the news is so bad.

The truth is, as much as you might not like to hear it, when Trump was in office it was good for the Jews. Too bad most Jews just don’t know what’s good for them. Also most of the Jews that might benefit from clear thinking will surely not read this. Perhaps you’ll share this with someone who needs to hear it and we can all pray that they will listen. Believe me, it’s as important as ever.

Now Mr Biden is in office, the flood of money to terrorists has begun again. The funnels of money to Iran turns around into tunnels in Gaza.

The efficiency is blinding, like with one touch of a button, quicker than PayPal, US taxpayer money is magically transformed into terrorist infrastructure. Don’t forget about the padded pockets of the corrupt Palestinian leadership.

You do know that the hero of his people, Yasser Arafat, died with two billion dollars in his bank accounts. This is public knowledge, of course. Try telling that to the day labourer from Ramallah, and don’t forget all the pension payments that go to the families of suicide bombers. Look up the Taylor Force Act that was pushed through under Trump’s watch.

Yes, Biden turned the spigot of money back on, and here we are again, back on the rodeo. Tell me that he, and his policy makers and budget appropriators, don’t know that every American rifle and bullet sent over to Lebanon goes straight to Hezbollah. Even Robert Malley knows that every dollar sent to Iran goes into the hands of groups on the U.S. terrorist list.

To give Trump credit is too much, and the bias against him is too great. Love him or hate him, and he’s got good sides and bad sides, and he made plenty of mistakes, but in certain areas he was more than flawless.

He protected the Jews, and nobody messed with them. Which president ever had the balls to knock out a General in Iran. Qasem Soleimani was directly responsible for the deaths of countless Americans. What a brave act to order his death extrajudicially. It was an extra judicious use of American power, and only Trump could have pulled such a brazen act off, just like his move of the US embassy to Jerusalem.

He took such bold steps that nobody thought of messing with the Jews, and finally after years of struggle, they were beginning to have a more equitable position in the region.

I’ve heard Biden talk of his experiences as a young senator meeting Golda Meir, and how after a meeting where the threats facing Israel before what was to be the Yom Kippur War were explicitly laid out, she said to him, “Senator, you look so worried. I said, well, my God, Madam Prime Minister, and I turned to look at her. I said, the picture you paint. She said, oh, don’t worry. We have — I thought she only said this to me. She said, we have a secret weapon in our conflict with the Arabs. You see, we have no place else to go.”

Biden proudly told this story at countless functions, gatherings, and dinners. At AIPAC and Federation conferences. At fundraisers and parlour meetings. And clearly he has forgotten that oh so important story that he oh so importantly told. He claimed to know the score, to know the drill. He just doesn’t have the spine to stand up to all the antisemites that have co-opted the once sane Democrat Party.

Whoever has hijacked the party are the mouthpieces that directly contribute to the wave of anti-Jewish sentiment that is flooding the world. Israel was once thought to be the Noah’s Ark of our time, but it doesn’t look like it’s enough. It looks like the Jews will have to look to outer space.

Right now, as I’m writing, there are Jews who I am in touch with in London who are cowering in their houses, afraid to step outside. This palpable fear has not been felt since Nazi Germany, and it is here again, with no end in sight.

Biden, with the Squad egging him on, is allowing this terror to be funded, whether he knows it or not. If you see these videos of Free Palestine marches in London and other European capitals and hear the chants of “kill Yahud”, and rape Jewish women, you can’t ignore it any longer. The can has been kicked down the road long enough, and now is being emptied of its contents.

Many people at these Free Palestine rallies are crazed, rabid animals. Just look at the video of the Jew who was beaten up at one of these rallies last week at the New York Public Library building on 5th Avenue and 42nd Street. Hysteria and mob mentality has emerged without restraint, and the irrational forces of antisemitism have resurfaced once again.

All this anti-Israel rhetoric from American politicians has tremendous ancillary effects, giving license to bigots worldwide to unleash themselves, spewing invective and vitriol that will undoubtedly have collateral damage.

It’s ironic that this is the same exact kind of criticism that was levelled against Trump. It’s clear that all the rhetoric coming from left circles are beginning to have real world consequences.

The Jews who I have been hearing from overseas have been telling me things that I hoped I would never hear, although I knew deep down that it was inevitable. Jews of whatever level of observance or identity sitting pretty here in the United States have no understanding of what’s going on.

My friends, worldwide Jewry is under siege. We are under siege. Like I told you in my earlier articles, I didn’t know what was going to happen with Biden’s presidency. I was hoping for the best when it came to Israel, but I was expecting the worst.

Unfortunately, my worst fears have come true. I’m not saying that I’m a prophet or anything, but it seems like you just have to have eyeballs that work to see what’s going on. All the radical activists screaming about Israel, who sound like they are on a religious mission from I don’t know what God, don’t know the first thing about what’s really going on in Israel.

All the journalists who have been covering this tiny sector of the world have been telling the same narrative, the same lie, for so long that any 18-year-old on any American campus thinks that Israel is the antichrist, devil and Charles Manson all wrapped in one.

Stay strong, be sensible, and G-d help us all.