A senior American official, speaking with Israel Hayom, harshly criticizes a letter written by a group of religious-Zionist rabbis to PM Netanyahu, in which they “recognize the historic moment” but say the Trump peace plan carries the risk of “creating a terror state.” 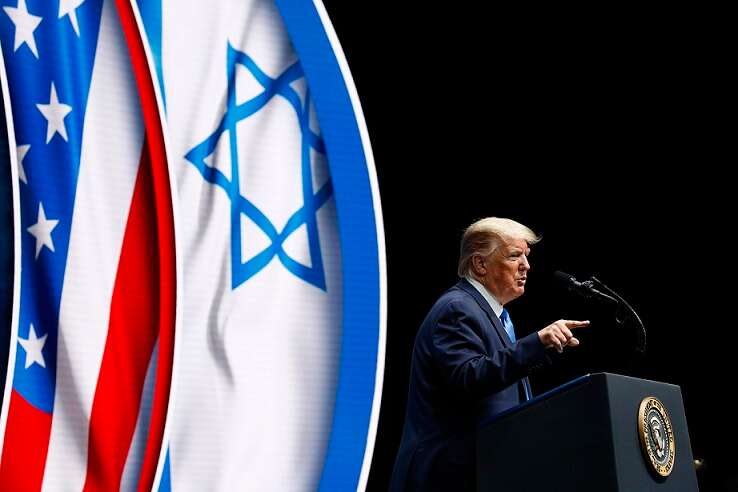 A senior American official, speaking with Israel Hayom on Monday, harshly criticized a letter written by a group of rabbis from the religious-Zionist camp to Prime Minister Benjamin Netanyahu, in which they “recognize the historic moment” but say the Trump peace plan carries the risk of “creating a terror state.”

The American officials lambasted the letter, saying: “They are squandering the moment, and don’t understand the immense advantages this plan entails in terms of their worldview. The [Israeli] right will not get anything better than this.”

The official also addressed claims by some on the Right that the Trump plan will lead to the establishment of a Palestinian state. “If you look at the dictionary, you’ll understand this isn’t the definition of a state. That is not what the plan allows, and so the resistance from the Right and the rabbis is a mistake.”

As stated, senior religious-Zionist rabbis, among them Rabbi Haim Drukman, Rabbi Dov Lior, Rabbi Elyakim Levanon and Rabbi Eliyahu Zini, together with 50 other community rabbis, sent a forceful letter to Netanyahu and called on him to be wary of the dangers they say are inherent to Trump’s peace plan.

The rabbis penned the letter after Samaria Regional Council head Yossi Dagan announced he would depart for Washington to attend a series of emergency meetings with senior Republican officials and Evangelical leaders, who comprise the US president’s voter base, to present the settlement enterprise’s red lines and to prevent recognition of a Palestinian state and the isolation of certain settlements within the plan’s framework.

The letter was the brainchild of Dagan and Rabbi Amichai Eliyahu, the head of the Association of Communal Rabbis. The letter said the rabbis “recognize this historic moment for the Jewish people, and sincerely support you [Netanyahu] in applying sovereignty over Judea and Samaria, but we understand that the plan comes with danger – the establishment of a terror state.”

The rabbis presented their red lines in relation to the plan:

“No to the creation of a ‘Palestinian’ state, partitioning the main settlement blocs, abandoning the settlements as an enclave inside a terror state, as happened with the community of Netzarim [in Gaza], and no to the transfer of Areas C to B, and no to additional [territorial] withdrawals.”

Rabbi Eliyahu said about the letter: “We are happy over the significant progress on the matter of applying sovereignty. In no way can [this development] facilitate the establishment of a Palestinian state in the holy Land of Israel.”

Dagan said, “On behalf of all the residents of Samaria I am thankful to our rabbis, who stand at the head of the camp and lead the people of Israel and the State of Israel. The rabbis’ sentiment is a moral and principled one. There are red lines that the Israeli public will not cross.”

According to Dagan, “The settlement enterprise won’t sit idly by while its future is being played with. Alongside the joy over the great achievement of applying sovereignty to the communities in Judea and Samaria, we cannot ignore the initiative to surrender 70% of the area of Judea and Samaria.”