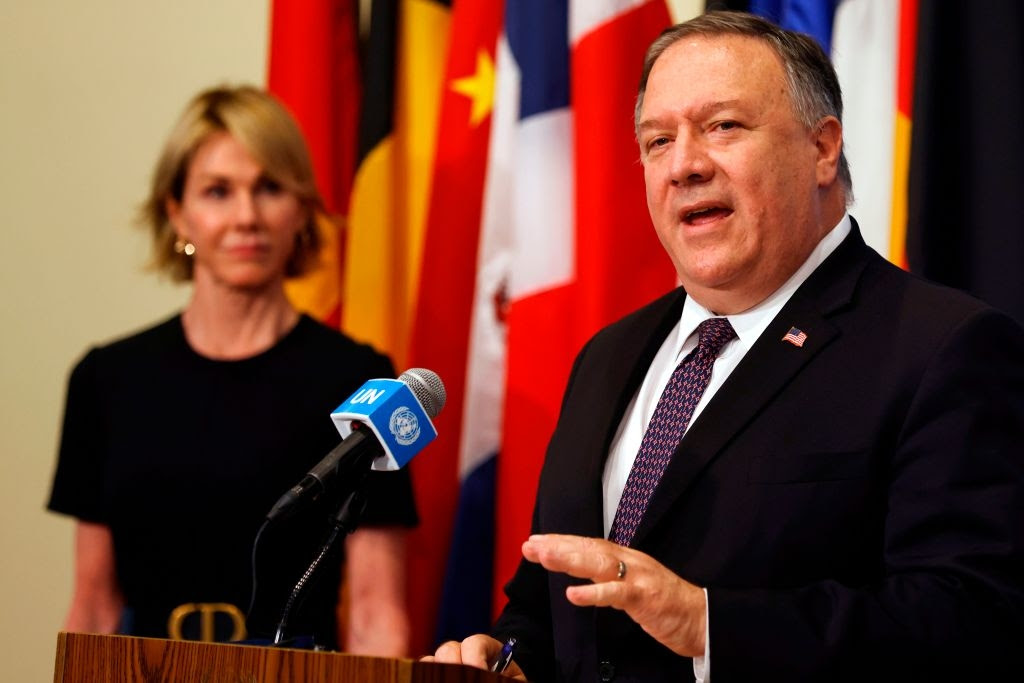 On August 14, the United Nations Security Council voted to permit the 13-year arms embargo on Iran, “the world’s worst state sponsor of terrorism,” to expire. Pictured: US Secretary of State Mike Pompeo, flanked by US Ambassador to the UN Kelly Craft, speaks after meeting with UN Security Council members about the restoration of sanctions against Iran, on August 20, 2020. (Photo by Mike Segar/Pool/AFP via Getty Images)<
>
<
>

One would think that one of the most dangerous things possible would be to allow what the US Department of State calls “the world’s worst state sponsor of terrorism,” Iran, freely to buy, sell, import and export advanced weapons. Yet, this is exactly what the United Nations just decided to do. The UN Security Council voted on August 14 to permit the 13-year arms embargo on the Iranian regime to expire.