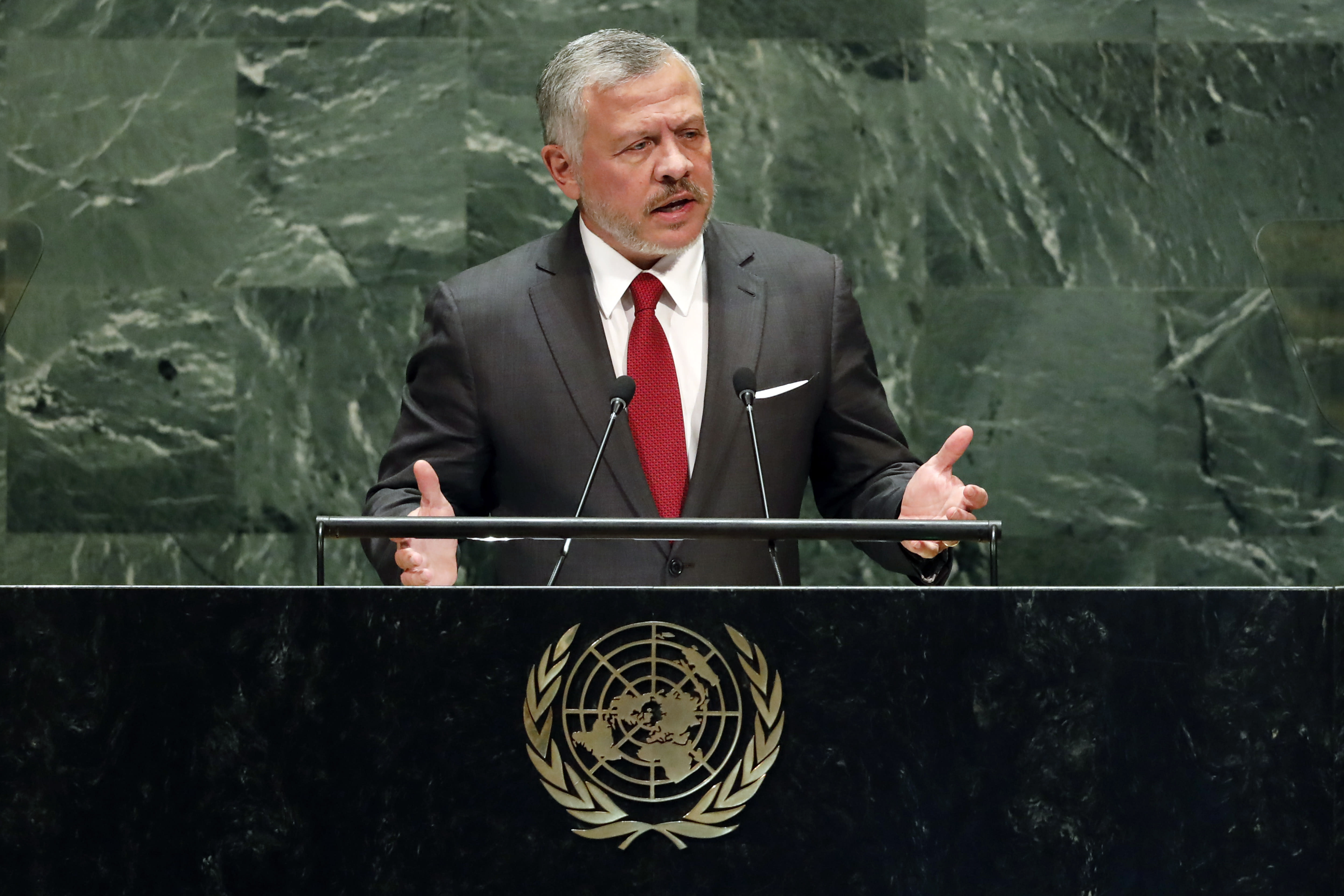 WASHINGTON (AP) — The Trump administration is considering withholding aid to one of its closest Arab partners, Jordan, in a bid to secure the extradition of a woman convicted in Israel of a 2001 bombing that killed 15 people, including two American citizens.The administration says it’s weighing “all options” to press Jordan to extradite Ahlam Aref Ahmad Al-Tamimi, who is wanted by the U.S. on a charge of conspiring to use a weapon of mass destruction against American nationals. The charge was filed under seal in 2013 and announced by the Justice Department four years later.The extradition issue is likely to be raised this week when Jordan’s King Abdullah II speaks to several congressional committees to voice his opposition to Israel’s plans to annex portions of the West Bank.

Al-Tamimi is on the FBI’s list of “most wanted terrorists” for her role in the suicide bombing at a crowded Jerusalem pizzeria. It was one of the deadliest attacks during the second Palestinian uprising.

She has lived freely in Jordan since Israel released her in a 2011 prisoner swap with the militant group Hamas. Jordanian authorities have rebuffed U.S. requests to turn her over, despite an extradition treaty. Jordan has a large Palestinian population, and it’s unclear if a threat over aid would cause it to rethink its position.

Ahead of King Abdullah’s video congressional appearances, scheduled for Wednesday with the Senate Foreign Relations and House Foreign Affairs committees, the State Department said that billions of dollars of foreign assistance to Jordan could be used as leverage to get Jordanian authorities to extradite Al-Tamimi.

The threat came in written answers submitted by the administration’s nominee to be the next U.S. ambassador to Jordan, Henry Wooster, to the Senate Foreign Relations Committee in response to questions posed by Sen. Ted Cruz, R-Texas.

“The United States has multiple options and different types of leverage to secure Ahlam Aref Ahmad Al-Tamimi’s extradition,” Wooster wrote. “We will continue to engage Jordanian officials at all levels not only on this issue, but also on the extradition treaty more broadly. U.S. generosity to Jordan in Foreign Military Financing as well as economic support and other assistance is carefully calibrated to protect and advance the range of U.S. interests in Jordan and in the region.”

Asked specifically if aid to Jordan would be part of that leverage in the Al-Tamimi case, Wooster replied: “If confirmed, I would explore all options to bring Ahlam Aref Ahmad Al-Tamimi to justice, secure her extradition, and address the broader issues associated with the extradition treaty.” Wooster’s responses to the questions were obtained by The Associated Press.

The reference to aid in Wooster’s response was unusual. Previously, the Trump administration, and the Obama administration before it, had taken a low-key approach to Al-Tamimi, bringing it up in private conversations with Jordanian officials but shying away from a public fight with a rare Arab country that recognizes Israel and has been a dependable source of intelligence information about the region, including in neighboring Syria.

The U.S. has long been a major provider of aid to Jordan. In early 2018, the Trump administration signed a five-year, $6.4 billion aid agreement with Jordan that increased the annual amount of aid by $275 million to $1.3 billion. That boost “highlights the pivotal role Jordan plays in helping foster and safeguard regional stability and supports U.S. objectives such as the global campaign to defeat ISIS, counter-terrorism cooperation and economic development,” the State Department said then.

Al-Tamimi was arrested by Israel weeks after the bombing and sentenced to 16 life terms but released in the 2011 Israel-Hamas prisoner swap and moved to Jordan. She has made frequent media appearances, expressing no remorse for the attack and saying she was pleased with the high death toll.

Among the victims of the attack was Malka Roth, a 15-year-old Israeli American girl, whose father, Arnold Roth, has led a campaign seeking Al-Tamimi’s extradition.

In an interview Monday, Roth said his attempts to speak to Jordanian officials, including a letter sent to the ambassador in Washington last year, have been ignored. “The Jordanians have been egregiously rude and unhelpful in every possible way which we’ve tried to engage with them,” he said.

“My wife and I have been battling since February 2012 to see the United States charge, extradite and prosecute this horrifying fugitive from justice who proudly boasts of murdering so many children,” he said.

The blast at the Sbarro restaurant in downtown Jerusalem went off on the afternoon of Aug. 9, 2001. The assailant detonated explosives hidden in a guitar case packed with nails. Among those killed were seven between the ages of 2 and 16, and scores were wounded.

Al-Tamimi, a Hamas activist who chose the target and guided the bomber there, said in a 2017 interview with the AP that Palestinians have a right to resist Israeli rule by any means.

In 2017, Jordan’s high court ruled she could not be extradited, reportedly saying the 1995 extradition treaty had not been ratified. She has also claimed the U.S. has no right to charge her because she was already tried and sentenced in Israel.

In Jordan on Tuesday, Al-Tamimi’s extended family sent a letter to the king urging him to resist the American pressure and to “close the file” against her. It said the extradition request was “political.” “Jordan, under your Hashemite flag, has not and will not accept any compromises that detract from its human dignity and national sovereignty over all its national soil,” the letter said.