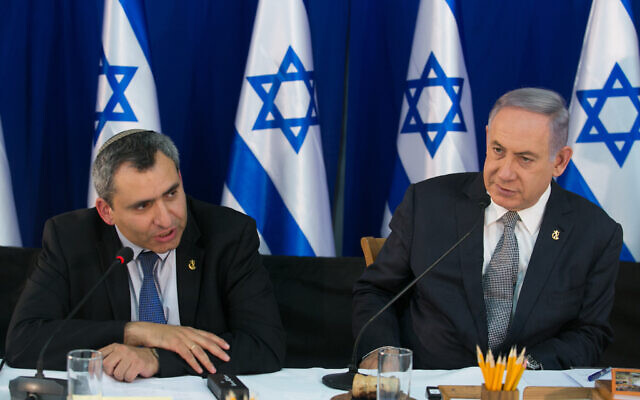 Just days after Prime Minister Benjamin Netanyahu told ministers that he had set a July date for the annexation of parts of the West Bank and had no intention of changing it, a minister in his Likud party said Sunday that the timing could be delayed by days or weeks.

Ze’ev Elkin, a member of the top-level security cabinet, told Army Radio that the July 1 date cited in the coalition deal signed with Benny Gantz’s Blue and White party wasn’t set in stone.

Netanyahu himself has previously indicated that extending Israeli sovereignty to settlements and the Jordan Valley, some 30 percent of the West Bank — a move tantamount to annexation — would only be done after a joint Israeli-US committee completes mapping the exact territory to be annexed and the status of each part.

While Netanyahu had originally hoped for an immediate okay for annexation from the US when its president, Donald Trump, announced his administration’s peace plan earlier this year, that has been delayed by the formation of the mapping committee.

Elkin said Sunday that there was no guarantee that the work of the committee, which has since been formed, would be completed by July 1.

“I know they’re working on the map, and that process could take some more time,” he said. “July 1 is the first day when the matter can be brought to the cabinet and the Knesset. It could possibly take a few more days or weeks, but generally I think the prime minister is very clear that he intends to advance this.”

Elkin said there were many signs that the mapping would be done by “sometime in July.” 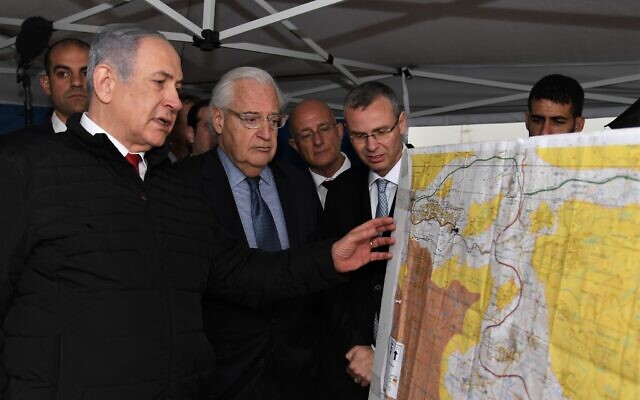 In recent days, even Trump administration officials have appeared to be seeking to dampen expectations that Washington will quickly green-light the move without any progress in negotiations between Israel and the Palestinians.

The State Department’s chief spokesperson said earlier this month that any action should be part of discussions between Israel and the Palestinians on the administration’s peace plan.

The plan, rejected by the Palestinians, gives the green light from Washington for Israel to annex Jewish settlements and the Jordan Valley, a swath of land running along the border with Jordan. Palestinians say the US plan ends prospects for a two-state solution to their decades-long conflict with Israel.

The plan is vehemently opposed by Jordan and the rest of the Arab world, as well as most European countries.

A statement on the matter on May 18 was issued in the name of the European Union’s foreign policy chief Josep Borrell because there was no consensus on it among the EU’s 27 member states. According to several sources familiar with the matter, Austria, Hungary and other countries reasoned that it was not the time for such statements. However, Austria later also warned Israel against annexation.

Borrell’s brief statement largely focused on the Israeli-Palestinian conflict, the need for a two-state solution, the importance of international law, and Brussels’s “grave concerns” over Jerusalem’s supposed plan to unilaterally annex the Jordan Valley and all settlements across the West Bank.

Meanwhile, several European leaders reportedly sent personal letters to Netanyahu in recent days asking him not to push ahead with plans to unilaterally annex parts of the West Bank. 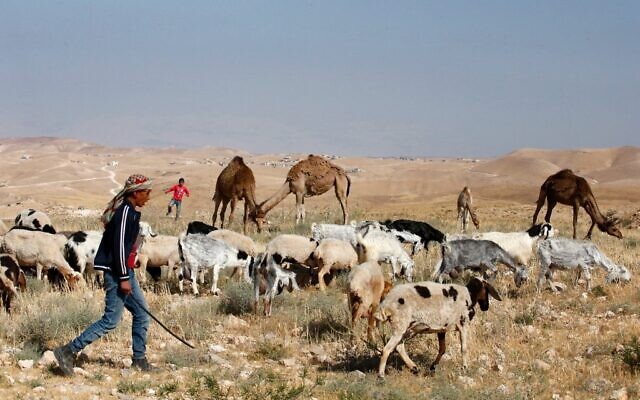 A Palestinian shepherd tends to his sheep and camels on land under Israeli security and administrative control, southeast of Yatta town in the southern West Bank district of Hebron, on May 28, 2020 (HAZEM BADER / AFP)

Jordan’s foreign minister on Thursday night warned the top diplomats of the US and UK against the “unprecedented threat” Israel’s planned annexation of parts of the West Bank posed to the region, his office said.

Earlier this month Amman threatened to review its relationship with Israel if the Jewish state goes ahead with the controversial plans. Netanyahu said in an interview Thursday that he believed Amman wouldn’t alter the 1994 peace accord, arguing that it was a vital interest for Jordan as well as for Israel.