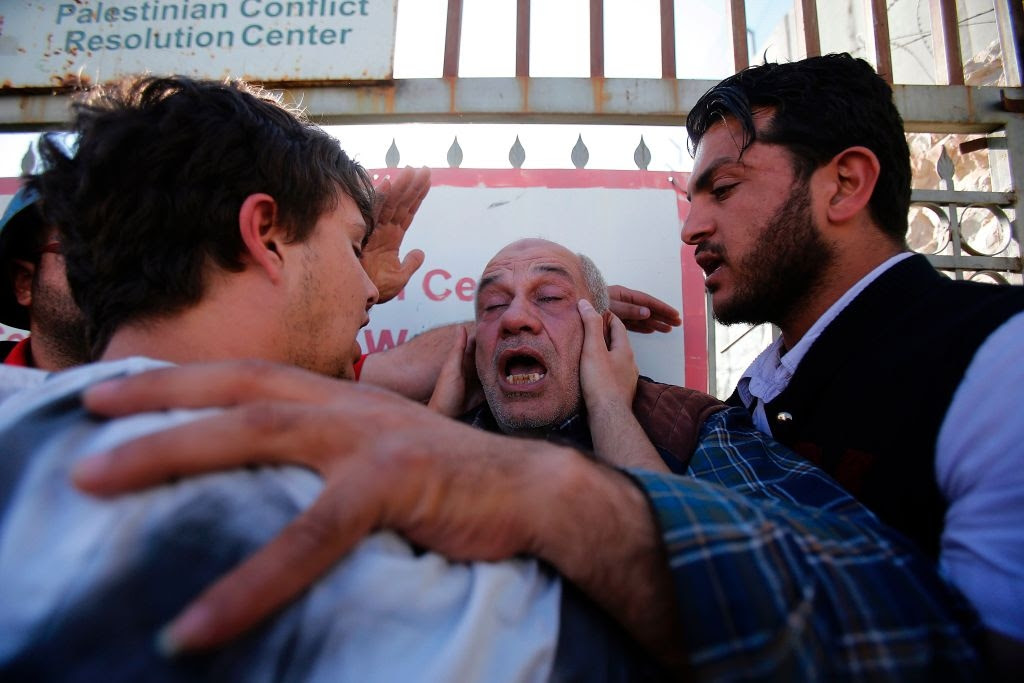 What is particularly disturbing about the dismissal of Eyad Hamad is that the Associated Press knew one of its Palestinian workers was engaged in anti-Israel activities, but failed to stop him. Hamad even ignored repeated warnings from his employers against pursuing political activities. Pictured: Hamad (center) following exposure to tear gas during a demonstration in support of Palestinian prisoners in Israeli jails on May 4, 2017, in Bethlehem. (Photo by Musa al Shaer/AFP via Getty Images)<
>

When Palestinian journalist Eyad Hamad criticized Israel, his employers at the Associated Press (AP) summoned him for a hearing, which ended only with a warning.

When Hamad criticized the Palestinian Authority, however, he received a letter from the AP informing him that “your employment has been terminated.”

The dismissal of the 63-year-old Hamad from the AP — an act that enraged Palestinian journalists as well as human rights and media groups in the West Bank and Gaza Strip — did not surprise those familiar with the way the foreign media has been covering the Israeli-Palestinian conflict.