National-religious faction accuses Likud of being “grossly disrespectful” during coalition talks, says it will “continue to serve the public” from the benches of the opposition as it “prepares for the ‘day after Netanyahu .'” 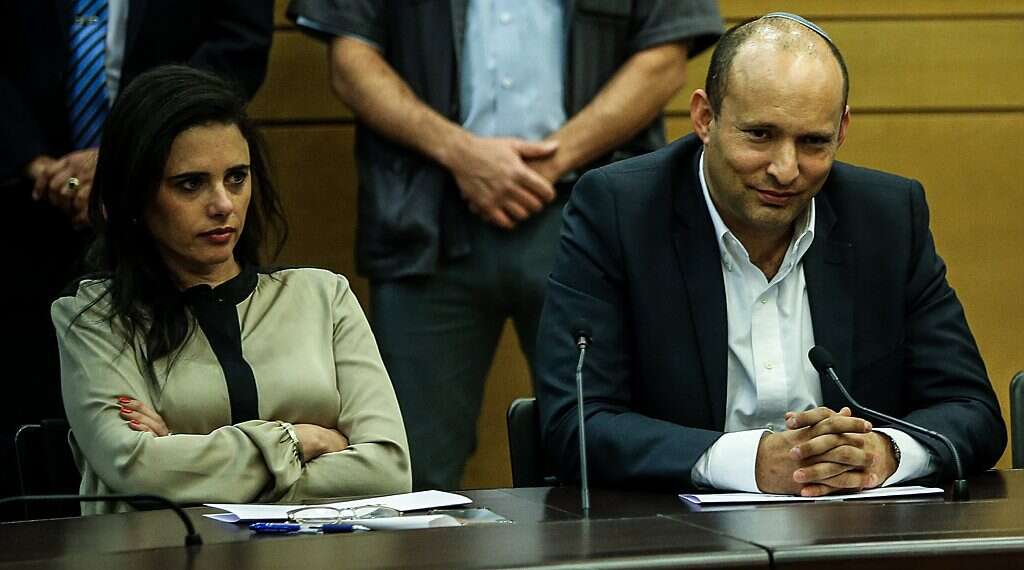 The national-religious Yamina faction announced Sunday that its coalition talks with Likud have failed and it will be joining the benches of the opposition in the coming Knesset, where it will be “preparing for the day after Netanyahu.”

The faction, an alliance of the Habayit Hayehudi, the National Union, and New Right parties claimed throughout the coalition talks that despite being a pivotal part of the right-wing block shoring up Prime Minister Benjamin Netanyahu future government, Likud has failed to offer it any of the major government portfolios.

In a statement laced with scathing criticism, Yamina accused the prime minister of showing  “gross disrespect” towards its members and said unity government Likud plans on forming with Blue and White would be “leftist.”

“Given the makeup of the government that is shaping up and its apparent policies as a left-wing government headed by Netanyahu, and in light of the gross disrespect the prime minister has shown toward Yamina and its electorate, the party has decided to serve the public and the nationalist camp as part of the opposition in the coming [Knesset] term, Yamina’s statement said.

The statement noted that the decision was made “following exhaustive negotiations with the Likud … which has chosen to dismantle the right-wing bloc.”

Yamina further accused Netanyahu of trying to break apart the alliance between the parties composing it, and vowed, “that will never happen.”

“We do not regret for a moment the loyalty we have shown to the right-wing bloc over the past year. Joining the opposition at this time reflects our loyalty to the right-wing public, to which Netanyahu no longer loyal.

“We urge Netanyahu to ensure the needs of the religious-Zionist sector in the next government,” the statement concluded.

Israeli media later reported the New Right co-founder MK Ayelet Shaked opposed the move, saying that informing the media that Yamina was joining the opposition, saying that “there would be no walking that back.”

Likud insiders told Israel Hayom that Shaked’s reservations may indicate that the announcement was the national-religious faction’s last-ditch effort to pressure Likud to yield to its demands.

The Likud dismissed Yamina’s criticism and urged it “to exercise national responsibility.”

“If we had offered Yamina an additional portfolio, would it be enough of a right-wing government for them?” one Likud official asked, referring to the fact Yamina, which won only six Knesset seats, was offered two portfolios and a Knesset committee chairmanship.

“This is the first government in Israel’s history that plans to apply sovereignty over Judea and Samaria, and it is unfortunate that Yamina will not be a part of it just because of its own internal fighting over who gets which portfolio.

“We hope that Yamina will come to its sense, demonstrate national responsibility and join the government that will lead a historic move in the chronicles of Zionism.”