Palestinian-Lebanese Scholar Ali Al-Yousuf: We Will Rip Out The Israelis’ Spleens And Livers; We Refuse To Accept Repatriation In Lebanon

Palestinian-Lebanese Islamic scholar Sheikh Ali Al-Yousuf, who is a member of the International Union for the Support of Jerusalem and Palestine, said in a February 6, 2020 interview on Channel 9 (Turkey) that the Palestinians will rip out Israel’s livers and spleens and deliver a “mighty and deadly” blow to its heart in a fashion similar to how Israeli forces shot Muhammad Salman Al-Haddad, a Palestinian 17-year old who was killed by Israeli forces during a February 5 protest in the West Bank. Sheikh Al-Yousuf said that the Palestinians in Lebanon still “erupt like a volcano” and fight on the Palestinian front while simultaneously fighting on the Lebanese front against injustice, tyranny, and oppression and against those who want to “restrain” and “neuter” the Palestinians by getting them to accept repatriation in Lebanon. He added: “We continue saying: No to repatriation, no to deportation, yes to returning to Palestine.”

Click here to view this clip on MEMRI TV

Ali Al-Yousuf: “We will strike a mighty and deadly blow to the heart [of Israel]. Just as they shot a bullet into the heart of Muhammad Salman [in Hebron], we will strike their hearts and tear out their livers and spleens, Allah willing.

“The Palestinians in Lebanon still erupt like a volcano. If you follow events in Lebanon, you know what the Palestinians there do for their people inside Palestine. Whenever the winds of resistance blow inside Palestine, all the refugee camps [in Lebanon] erupt. We erupt and fight on two fronts: We fight on the Palestinian front, which is the main front for us, and on the [Lebanese] front, which is the front of injustice, tyranny, and oppression and in which they want us to be under siege and be denied our rights. This front is no less important than the front of confrontation because it supports the people of Palestine. “They want to restrain us and to neuter us. They want us to give up and accept repatriation [of refugees in Lebanon], but we continue saying: No to repatriation, no to deportation, yes to returning to Palestine.”

Iranian Researcher Ali Akbar Raefipour: Iran Will Empty Its Missile Stockpile On Israel’s Head If It Faces Collapse; Environmentalists Arrested In 2018 Were Spies Searching For Our Secret Missile Cities

Iranian researcher Ali Akbar Raefipour, the founder of the Masaf Institute, said in a lecture that was uploaded to the Internet on January 13, 2020 that Iran’s accurate missiles are on the cutting edge of technology and that Israel is within range of Iran’s missiles. He said that since nobody knows where Iran’s missile cities are, Iran’s enemies would be unable to strike them or take control of them even if Iran collapses. In addition, he said that Iran would empty its missile stockpile on Israel’s head before this could happen. Later in his address, Raefipour said that the environmentalists who were arrested by the IRGC in 2018 and accused of espionage were spies who used the pretext of protecting cheetahs to install GPS trackers on the cheetahs’ collars and to search for Iran’s missiles using telemetric devices. Furthermore, he warned that Americans will die every day as long as the U.S. stays in the Middle East, and he said that Qasem Soleimani had previously restrained the people who will be targeting Americans, but that Iran will now not know who these people are. For more from Raefipour, see MEMRI TV Clip No. 7757.

Click here to view this clip on MEMRI TV

“So they have to take this away from us. Why? Because they know that if they want to attack, we will strike their bases and kill people.

“[Khamenei] said: ‘if you make the slightest mistake, we will raze Tel Aviv and Haifa to the ground.’ Israel is the bottle that contains the life of the Zionist giant. It is within range of our [missiles]. You may have noticed that we always declare that our missiles have a range of 2,000 kilometers. This is enough.

“If we say more, or if we work to increase the range – we will arouse Europe’s sensitivities and they will say that we can strike Europe, as well. There is no need for this. The Zionist regime is what’s important. We have no problem with others. That is the danger in our region. 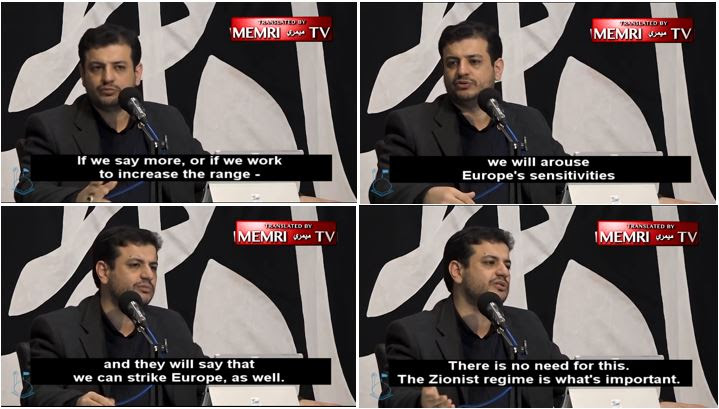 “Let’s say Iran collapses, like they imagine in vain. Let’s say Tehran and Mashhad collapse. The missile cities are not located in these places. People don’t even know where they are. Let’s say they want to attack and take over them. Where will they strike? At most, they would be able to take over some police station. Do you really think that the Iranians will see that everything is going to Hell and give you these missiles on a silver platter? 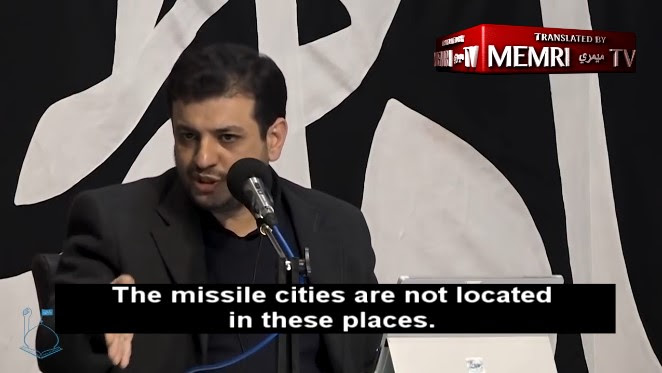 “Certainly, before [Iran’s] collapse, we would empty our stockpile on Israel’s head. 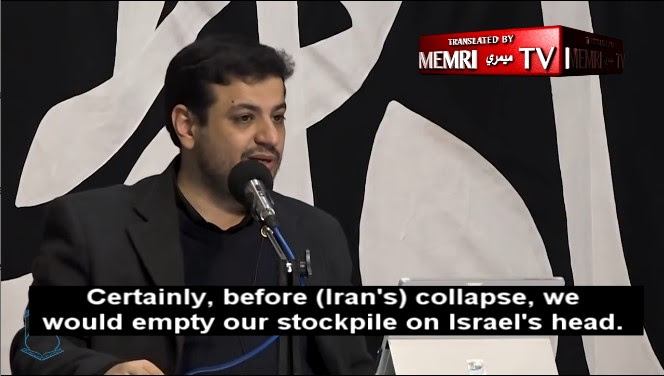 “Their plan was to strike our missiles before we place them on the launchers. What would they have to do to achieve this? They would have to find their locations. [This is the mission of the] network of environmentalist spies.

“They were looking for the missiles, under the pretext of protecting the cheetahs.

“They used this pretext to install GPS [trackers] on the cheetahs’ collars and they started searching for the missiles using telemetric devices.

“America should know that if it wants to stay in the region, some of its people will be killed every day – and we won’t know who will be striking them. 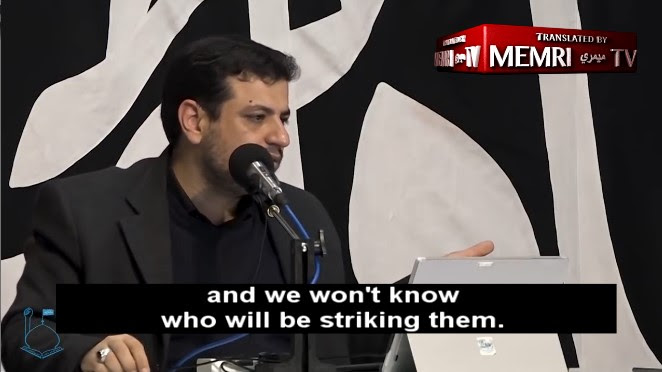 “In the past, Hajj Qasem [Soleimani] had restrained these people, but now, we will not know who they are. Wherever they find Americans, they will ‘take care’ of them.” 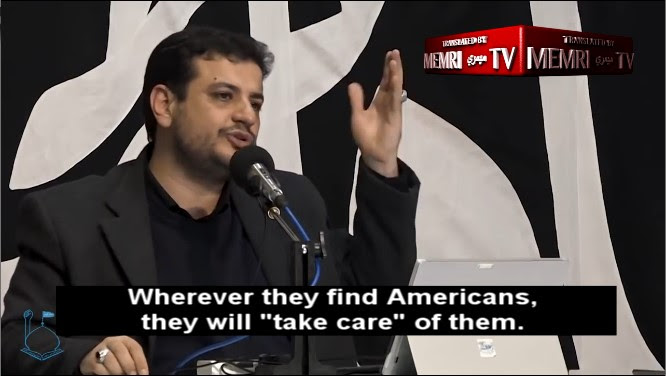