Two unusual articles published this year on Saudi websites called to amend scribal errors in the Quran, and also to reexamine religious texts in light of modern perceptions, so as to make them more readable and adapt them to the present age.

An article published January 10, 2020 by Saudi journalist Ahmad Hashem on the “Saudi Opinions” website pointed out that the Quran as it is known today was written down after the Prophet’s lifetime, in the period of the third caliph ‘Uthman bin ‘Affan (ruled 644-656) using the ‘Uthmanic script, which is named after him. Since this writing system is a human invention, argues Hashem, there is no reason to sanctify it, as many Muslims do. In fact, he says, it is time to correct some 2,500 errors of spelling and grammar that were made by the scribes in that period and remain part of the Quranic text to this day. He  presents numerous examples of such spelling mistakes, and calls to rewrite the words in their present-day standard form, so as to “make the text more readable for [present-day] Muslims and more linguistically correct.”

A second article was published on July 20, 2020 on the liberal Saudi website Elaph by Jarjis Gulizada, a writer and political analyst of Kurdish-Iraqi origin and the editor of the Iraqi magazine Baghdad. He notes that, during the coronavirus pandemic, for the first time in Islamic history, changes were made to the form of Islamic worship, when Muslims were permitted to maintain physical distance from one another during prayer, instead of praying in tight rows, as the Quran instructs. This, he says, shows that there is room for flexibility in Islam, and that the same flexibility can be applied to the Islamic texts, which should be reexamined and adapted to modern perceptions, so as to benefit the Muslims and mankind at large.

Mentioning Ahmad Hashem’s article, he too argues that it is irrational to treat the ‘Uthmani script of the Quran as sacred, and presents further examples of errors that appear in the Quran, in addition to those presented by Hashem.  He calls to publish an amended version of the Quran using modern spelling, because, in its present form, “it is not suitable for the Islamic nation in the modern world, and especially for non-Arab Muslims,” and states that this task should be undertaken by Saudi Arabia, specifically by its king and crown prince.

It should be noted that Gulizada’s article was removed from the Elaph website following furious reactions on social media, from users who accused the Saudis, and in particular Elaph chief editor ‘Othman Al-‘Omeir, of insolence and of insulting the Quran. For example, Kuwaiti academic Dr. Ahmad Al-Dhaidi tweeted: “The Elaph website, directed by Saudi journalist ‘Othman Al-‘Omeir, calls to rewrite the Quran in order to fix the great mistakes of the ‘Uthmani script! Has their contempt reached the point of harming Allah’s book?…” The “Towards Freedom” Twitter account, known for criticizing the Saudi regime, stated: “The Elaph [online] paper, managed by [‘Othman Al-‘Omeir], a close friend of King Salman and an advisor to [Crown Prince Muhammad] bin Salman, demands to rewrite the Quran and reexamine the principles of the Islamic shari’a! The only thing left is to return the idols to the Kaaba.”

The following are translated excerpts from Ahmad Hashem’s and Jarjis Gulizada’s articles.

Saudi Journalist: The Quranic Text As We Know It Contains Some 2,500 Mistakes Of Spelling And Grammar

In his January 10, 2020 article, titled “Amending The Quran,” Saudi journalist Ahmad Hashem wrote: “The Quran as we know it was written down during the period of the [third] caliph, ‘Uthman bin ‘Affan, using the ‘Uthmani script, which is named after him. Most Muslims believe that this version [of the Quran], which was written in the 37th year after the Hijra, when the compiling of the Quran was completed, and has been passed down from generation to generation to this very day, is sacred and must not be amended. 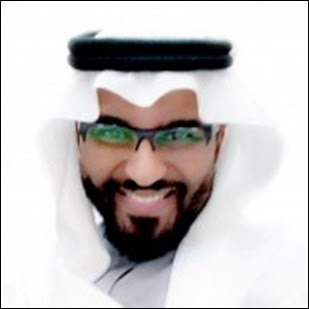 “The ‘Uthmani script, in which the Quran is written, was formed by several of the Prophet’s Companions and several members of the following generation, and they deserve credit for the effort they made, according to their ability at the time. [However,] the legacy they left us can be developed and amended if there is a better and more convenient alternative, as was done [in later years] when diacritics and punctuation marks were added [to the Quranic text]. The time has come to amend the spelling errors and other errors it contains, and adapt it to the rules of the Arabic language and grammar – for the Quranic text is open to any amendment that will make Allah’s book easier for Muslims to read and linguistically more correct.”