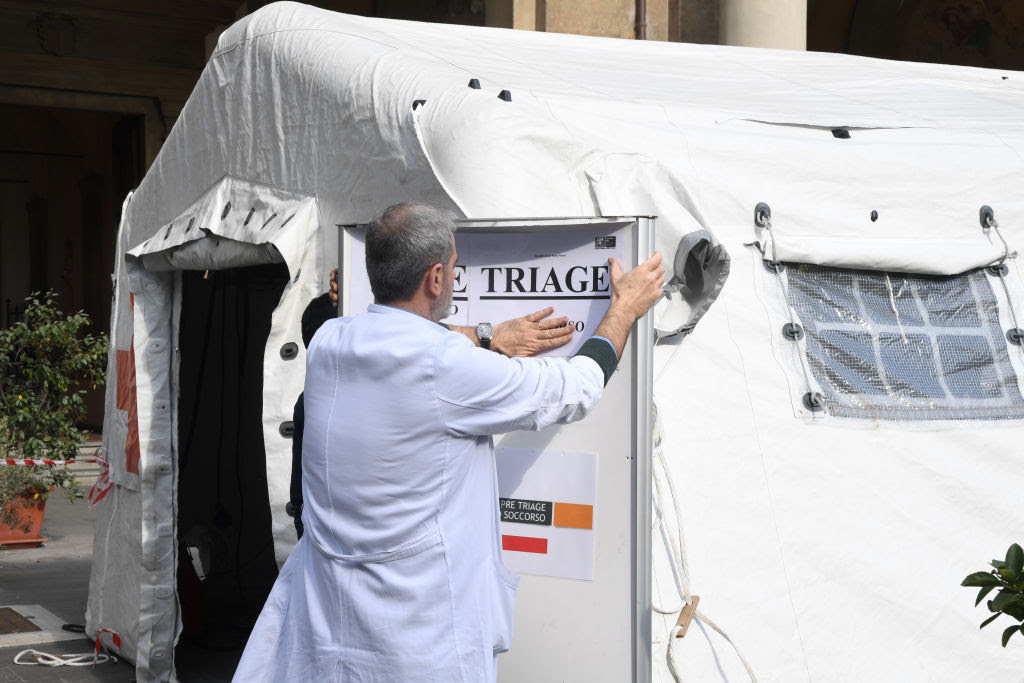 New protocols, being issued by medical authorities in European regions most affected by the coronavirus pandemic, instruct medical personnel effectively to abandon elderly patients to their fate. Pictured: A pre-triage medical tent is set up in front of Santa Maria Nuova Hospital in Florence, Italy on February 25, 2020. (Photo by Carlo Bressan/AFP via Getty Images)<
>

With well over a half-million confirmed cases of Coronavirus Disease 2019 (COVID-19) in Europe, a growing number of regional medical authorities have begun issuing guidelines and protocols that call for hospitals to prioritize younger patients over those who are older.

In Italy and Spain, the two countries most affected by the coronavirus pandemic in Europe, doctors in overwhelmed intensive care units have for weeks been making life or death decisions about who receives emergency treatment. The new protocols, however, amount to government directives that instruct medical personnel effectively to abandon elderly patients to their fate.