Palestinian Authority President Mahmoud Abbas is afraid that former Fatah strongman Mohammed Dahlan will return from exile with UAE backing, while Hamas leader Ismail Haniyeh is looking over his shoulder at his predecessor, Khaled Mashaal. 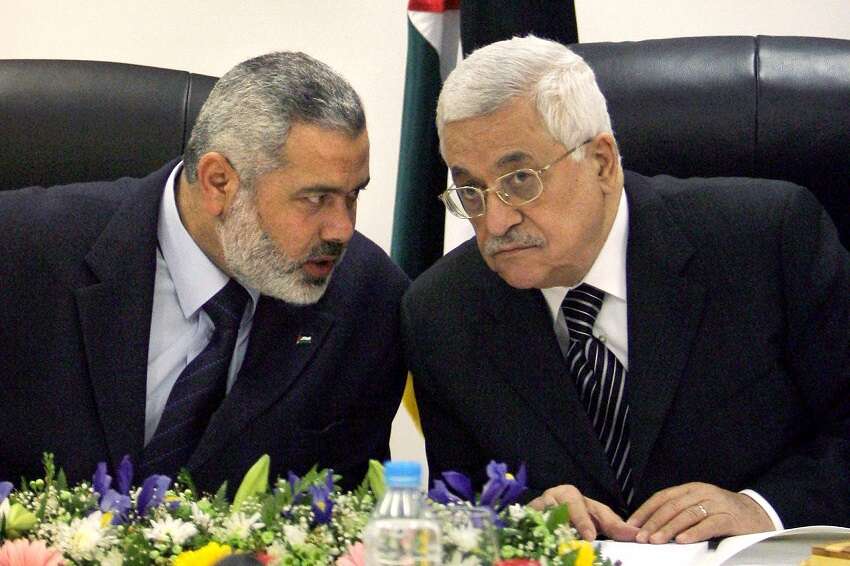 Supposedly, the aversion within the Palestinian camp to the peace and normalization treaty between Israel and the United Arab Emirates has created a basis for cooperation between Mahmoud Abbas and Ismail Haniyeh. In reality, however, it is forcing both of them to seek salvation and gains outside the camp. In both cases, the “national issue” conflates with the personal interest, and pertains directly to the battles for succession transpiring in the background.

Abbas, after realizing he won’t be saved by the Arab League, is betting on the Turks. He knows, however, that Turkish President Recep Tayyip Erdogan is an ardent supporter of Hamas (although their relationship has somewhat cooled as of late). Form Abbas’ perspective, though, this is less important right now.

What’s more important to the Palestinian Authority leader is that Turkey is a bitter rival of the UAE. The ruler of the UAE, Crown Prince Mohammad Bin Zayed, is a fierce critic of Erdogan’s brand of radical political Islam, and both countries are positioned, among other issues, on opposite sides of the war currently raging over control of Libya.

And what’s even more important to Abbas when it comes to the Turks, who threatened to recall their ambassador from the UAE in response to the normalization agreement with Israel, is their bitter enmity toward former senior PA official Mohammad Dahlan, who now serves as senior security adviser to the UAE crown prince. Erdogan believes Dahlan was involved in the attempted coup against him four years ago, and has even put a bounty on his head. Abbas is convinced that Dahlan is doing everything in his power to succeed him.

Thus, while it’s true that Abbas is angry at the UAE for “stabbing him in the back” by normalizing relations with Israel, in his worst nightmare he sees how the new alliance between Israel and the UAE will help Dahlan return as the victor to Ramallah, after he was exiled under direct orders from Abbas.

On the Hamas side, too, the fight against the Israel-UAE deal is also taking place in the shadow of a succession battle. The head of the terrorist organization’s political bureau, Ismail Haniyeh, has shuttled in recent weeks between Ankara and Beirut, where he recently met with leaders of Hezbollah. The purpose of this journey, allegedly, was to garner support for resistance against Israel and its normalization efforts with Gulf states, but on the way, Haniyeh is also trying to drum up support for a second term as leader of Hamas. Those elections within Hamas were supposed to have been held this summer, but have been postponed until a later and still undetermined date.

Abbas is troubled by the possibility of Dahlan’s return. Haniyeh is troubled by the possibility that Khaled Mashaal, who preceded him as head of Hamas’ political bureau and is backed by Qatar, will again put his hat in the ring. On the surface, Mashaal is viewed as more militant than Haniyeh, and a better fit for leading Hamas in a conflict with Israel as the walls of isolation between Jerusalem and the Arab world crumble.

Israel is not involved in either of these internal battles but is obviously following developments closely. Replacing Haniyeh with Mashaal or another candidate won’t fundamentally change much in terms of the approach to Israel, but replacing Abbas with someone like Dahlan, who has the ear of the UAE’s crown prince, could absolutely improve Jerusalem-Ramallah relations.

The only problem is that it’s entirely uncertain Dahlan wants to replace the good life he currently enjoys in the Persian Gulf for life in Ramallah, and even if he does – that anyone will be waiting for him with open arms.