In her September 8, 2020 column in the Saudi London-based daily Al-Sharq Al-Awsat, Amal ‘Abd Al-‘Aziz Al-Hazani criticized the Palestinian Authority (PA) for its total rejection of the UAE’s normalization agreement with Israel, as reflected, for example, in the emergency conference recently held by the Palestinian factions in Beirut, Ramallah and online to formulate a unified position against normalization and against the Deal of the Century.

Al-Hazani noted that, while many Arab countries hold ties with Israel, the Palestinians choose to focus their criticism on the UAE, which for years has been acting to promote their rights. She wondered why the PA does not condemn Qatar, whose influence on the Palestinian cause has been “negative,” for it maintains ties with Israel and at the same time supports terror organizations in Gaza and throughout the world. She noted sarcastically that, by prompting the Beirut convention, the UAE attained at least one remarkable achievement: it caused all the Palestinian factions to come together and adopt a unified position. 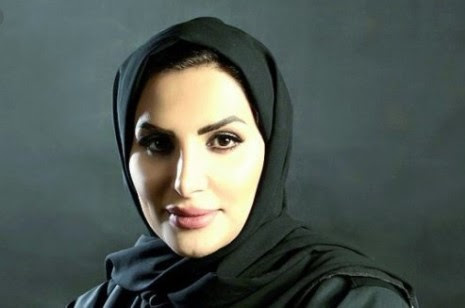 The following are translated excerpts from her article:

“One of the more cheering pieces of news lately was the one about the conference of the Palestinian faction leaders, which was held in Beirut and convened by PA President Mahmoud ‘Abbas. This is great news, because the last time they convened during the schism between Gaza and the West Bank, which has been ongoing for 13 years, was nine years ago. Even more heartening was [the fact that] the conference brought the entire spectrum of Palestinian [factions], from the communists to the Islamists, to the table, something we have not seen for a very long time. But the great achievement was the agreement reached by all the conference participants on the need for Palestinian unity and for renewing contact between the rival sides – so much so that Chairman ‘Abbas even downplayed the reasons that had led to the schism [between the West Bank and Gaza], calling them meaningless!

“This is an astonishing achievement, which makes us wonder: Why did all the Arab efforts to unite the Palestinians fail, while they themselves have succeeded in achieving this, and what does this mean? What has changed? What caused all these friends to convene so quickly around the same table, and [what caused] all of these faction to pledge that the PLO is the sole representative of the Palestinians, that there can be no [Palestinian state] without Gaza and that Gaza will not be an independent state, and to rally around Mahmoud ‘Abbas?

“There has been no change in the suffocating siege on Gaza, although ‘Abbas did promise to send [Gaza] 20 trucks of medical supplies to combat the coronavirus, eight months after the outbreak of the pandemic. Nor has there been any change in [the following issues]: the war waged  against Gaza, the moving of the U.S. embassy from Tel Aviv to Jerusalem, [Israel’s] enterprise of building settlements and annexing Palestinian lands or, of course, the commitment by the two main sides, Hamas and Fatah, to unite, a commitment they signed in front of the holy mosque in Mecca in 2007. None of these are the reason that brought the Palestinians together and united their ranks. The reason is in fact simpler than all these catastrophes that have threatened the Palestinians’ existence: it is the UAE’s decision to normalize relations with Israel.

“Has the UAE [indeed] managed to do the impossible and unite the Palestinians? If that is the case, then this is the first fruit of this UAE decision. We at least have one Arab state that still has some influence on the Palestinian decisions! But again a question arises: Is the UAE the only Arab country that has established relations with Israel, [thereby justifying] such a decisive Palestinian response? The countries neighboring Israel, like Egypt and Jordan, cannot be compared to any others in terms of the agreements they decided to sign with Israel in order to protect and regain their lands. But what about Morocco and the Sultanate of Oman? What about Qatar, which, by the admission of its former prime minister, Hamad bin Jassem, maintains ties with Israel in order to serve the Palestinian [cause]?

“Qatar has indeed had great influence on the Palestinian issue, but sadly it has been negative influence, and the situation created by Qatar realizes the ambitions of the resistance axis, as follows: The armed resistance in Gaza, which includes both Hamas and Islamic Jihad, was sold using Qatari money to buy security for Israel and thereby appease the U.S…. [The latter] will give Qatar credit for this, even though the American security apparatuses are aware of the direct and indirect assistance that the Qatari regime extends to extremist organizations, both Shi’ite and Sunni. Gaza, then, is pleased with the intervention of Qatar, which provides it with money that enters [Gaza] through Israel; the West Bank likewise receives the funds that sustain it, quietly and without having to worry about the Gazans. And Iran regards this situation as the best option available, amid the sanctions that impede its activity, because the important point is that its main goal is achieved, namely widening the Palestinian rift, which means that no negotiations can take place and the two-state solution cannot be realized. All parties are thus ultimately satisfied.

“The UAE normalization [agreement] with Israel has completely changed the power balances, and the first sign of this was the conference I mentioned [of the Palestinian factions in Beirut]. The need to unite the ranks – in response to the UAE position and out of fear that other Arab countries will join the normalization [initiative] one by one – effectively reflects the [Palestinians’] belief that the Palestinian cause has lost its power in the international arena.”