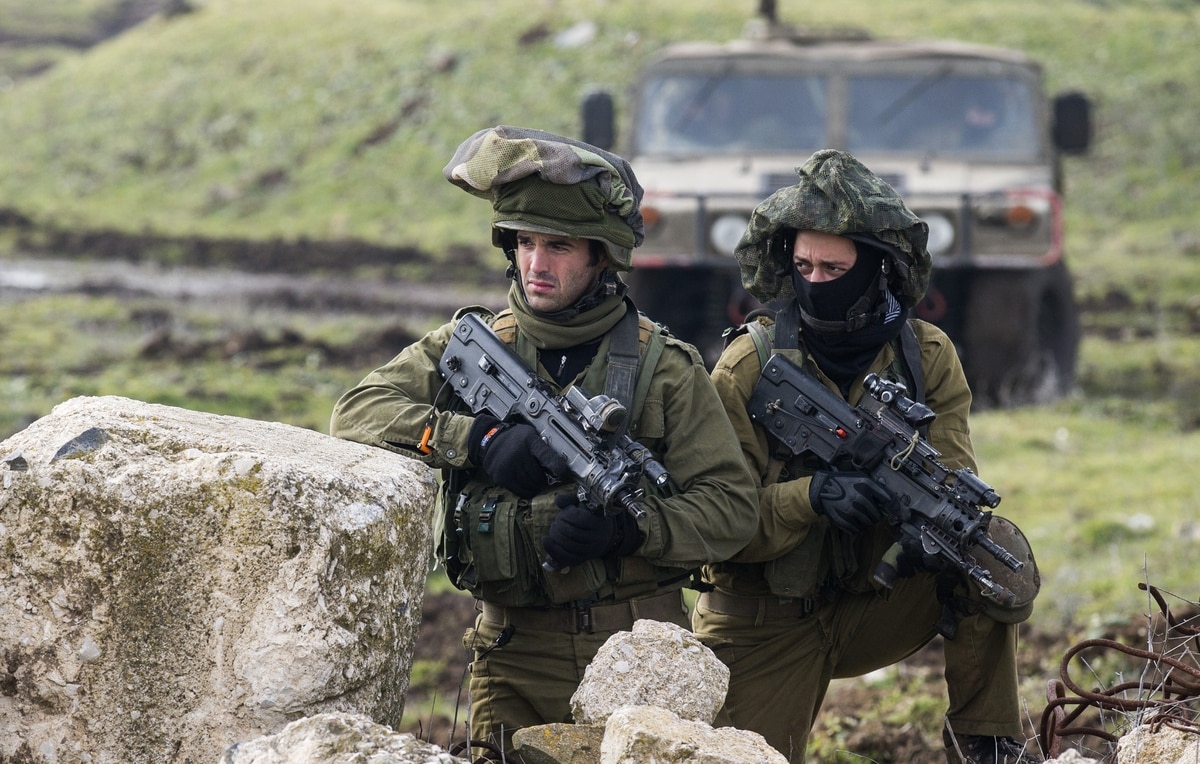 Israeli soldiers from the Golani Brigade take part in a military training exercise near the border with Syria on Jan. 19, 2015. (Jack Guez/AFP via Getty Images)

JERUSALEM — Israel has announced a new multiyear plan to restructure its armed forces to face existing and potential future adversaries for decades.

The plan, called “Tnufa” in Hebrew and “Momentum” in English, has been a priority for Lt.-Gen. Aviv Kochavi, the Israel Defense Forces’ chief of the General Staff, over the last year. The plan envisions fighting a multi-front war and harnessing the latest technologies to bring the most effective firepower from the largest number of different units to the forefront of the battlefield.

Momentum also seeks to shorten the time of a conflict while achieving more success on the battlefield and lessening the impact of war on civilians. Forces will be streamlined with the goal of a “swift and massive use of force against enemy systems,” the IDF said during a briefing about the plan.

The Institute for National Security Studies at Tel Aviv University had noted in the summer of 2019 that political upheaval in Israel may “delay and limit the plan’s launch.” The country currently lacks a government after two elections failed to bring a majority for Prime Minister Benjamin Netanyahu’s coalition.

But concerns about the need to confront a complex Iranian adversary drove the plan through bureaucratic hurdles toward a January announcement that Defense Minister Naftali Bennett had approved it. It was officially rolled out in a briefing on Feb. 13.

IDF spokesman Lt. Col. Jonathan Conricus said the military built Momentum based on the last plan, called Gideon, which was announced in 2015. Having shrunk some land forces units and made them more efficient, the idea now is to address new challenges in the strategic and tactical environment. Israel wants to “extend drastically the gap in capabilities between us and our adversaries in the framework of available resources,” the IDF said. The emphasis is on being “multidimensional” and “multi-force,” combining all arms of the naval, land, air, cyber and intelligence forces.

“We face various terror armies,” Conricus said, including organizations that combine both militant and insurgent qualities, behaving like armies. This includes both Palestinian-based Hamas and Islamic Jihad as well as Lebanon-based Hezbollah. The challenge in battling such organizations is that it’s difficult to determine who is a combatant because members assimilate into urban environments and civilian areas.

Meanwhile, Israel also faces a “high trajectory threat” that involves short-, medium- and long-range ballistic missiles, putting the country in jeopardy of facing an unprecedented barrage, the ground forces warned. This could involve thousands of missiles fired a day at Israel, and so the country plans to further enhance its multilayered defense capabilities, but it would also need to prevent its enemy from continuing to fire.

Israel previously found it had been training for a future war that was dramatically different than what it ended up facing. For instance, the primacy of the armored corps was challenged in the 1973 war. 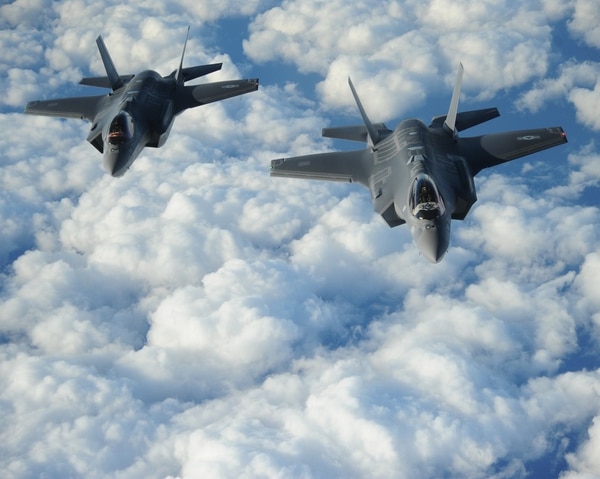 “We may face a two- or three-front war — active areas or theaters simultaneously against different enemies and capabilities. We must address that,” Conricus said. “We want to shorten the time of combat for higher achievement on [the] battlefield at smaller cost for IDF and civilians. Think of a triangle, with sides of time and achievement and cost. Imagine we want that to be small with achievement being high.”

A major aspect of this involves going beyond Israel’s qualitative military edge to create a bigger gap between Israel and its enemies. That means denying enemies the ability to communicate or resupply.

Conricus said future war for Israel will mean bringing numerous capabilities to back up whichever force is at the tip of the offensive spear. “So General Staff capabilities from Tel Aviv will be brought to that unit, such as live and semi-processed intel from [signals intelligence], pushing it instantly to a brigade that is maneuvering so it stands on shoulders of [the] mighty IDF machine.”

“The IDF here is going into uncharted territory,” Conricus said, adding that Israel will establish a dedicated headquarters to address the “third circle” threat, a term Israel uses for Iran.

The future conflict, according to Israel, will involve more unmanned aircraft systems and precision-guided munitions, or PGM, which will improve accuracy but could prove expensive. However, the spokesman added, victory can’t be achieved with standoff capability alone. “We need agile and strong maneuver capabilities and will spend a lot of resources. We will enhance fire and PGMs and create abilities to deliver overwhelming blows in fire,” he noted. Part of this is enabled by Israel’s close cooperation with the United States and programs in air defense and the F-35 fighter jet. Israel established a second F-35 squadron in January. Fire and smoke billow above buildings in Gaza City during reported Israeli strikes on March 25, 2019. Israel’s military had launched strikes on Hamas targets in the Gaza Strip, the army and witnesses said, hours after a rocket from the Palestinian enclave hit a house and wounded seven Israelis. (Mahmud Hams/AFP via Getty Images)

As Israel invests in more high-tech munitions, it will also continue reducing redundant forces, as it did under Gideon from 2015 to 2020. That means decommissioning aging tanks, such as the Merkava Mark III, as well as closing a tank battalion and one squadron. Israel also plans to created an infantry division for rapid maneuver.

Some of the changes under Momentum are to take place by 2024, but it’s expected others will take more than a decade. For instance, Israel is to receive the next 30 F-35s by 2024, but testing future fighting vehicles and artillery along will take years before they’re made operational.

Israel also foresees using technology such as artificial intelligence and networked digitization to bind units together and create force multipliers. It is a “condensed battlefield,” the IDF said, that will help “leverage fire and maneuver, using new and upcoming technology.”

“The environment is changing. We have a necessity to understand changes and address it in training, equipment, doctrine, manpower and material,” Conricus said.

Seth Frantzman has been covering conflict in the Middle East since 2010 as a researcher, analyst and correspondent for different publications. In recent years he has focused on the international coalition against the Islamic State group in Iraq and Syria, and he is the executive director of the Middle East Center for Reporting and Analysis.