By AGENCIES and TOI STAFF 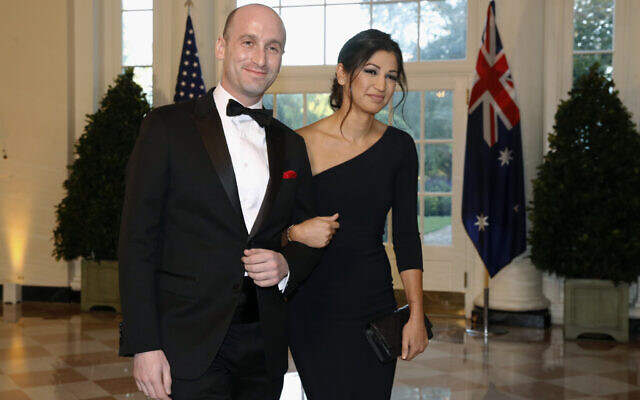 US President Donald Trump went from the Daytona 500 on Sunday to attending the wedding of two top members of his administration, senior adviser Stephen Miller and Katie Waldman, press secretary for Vice President Mike Pence.

Shortly after landing at Andrews Air Force Base after a busy day in Florida, the president made a quick stop at the White House. The presidential motorcade then made a five-block jaunt to the Trump International Hotel where the White House announced after press queries that the president was attending “the wedding of Mr. and Mrs. Stephen Miller.”

Both Miller, 34, and Waldman, 28, are Jewish and descendants of immigrants. Rabbi Aryeh Lightstone, who is a senior adviser to David Friedman, the United States ambassador to Israel, officiated, The New York Times reported.

The combative Miller is one of the White House’s most conservative and influential voices in pushing moves that Trump has taken to curb immigration. He is widely viewed as the driving force behind the administration’s hardest-line immigration policies.

Spectacular and very special wedding tonight with new bride and groom Stephen and Katie Miller! So much fun and still going with ?@realDonaldTrump? having fun and the band is going strong! 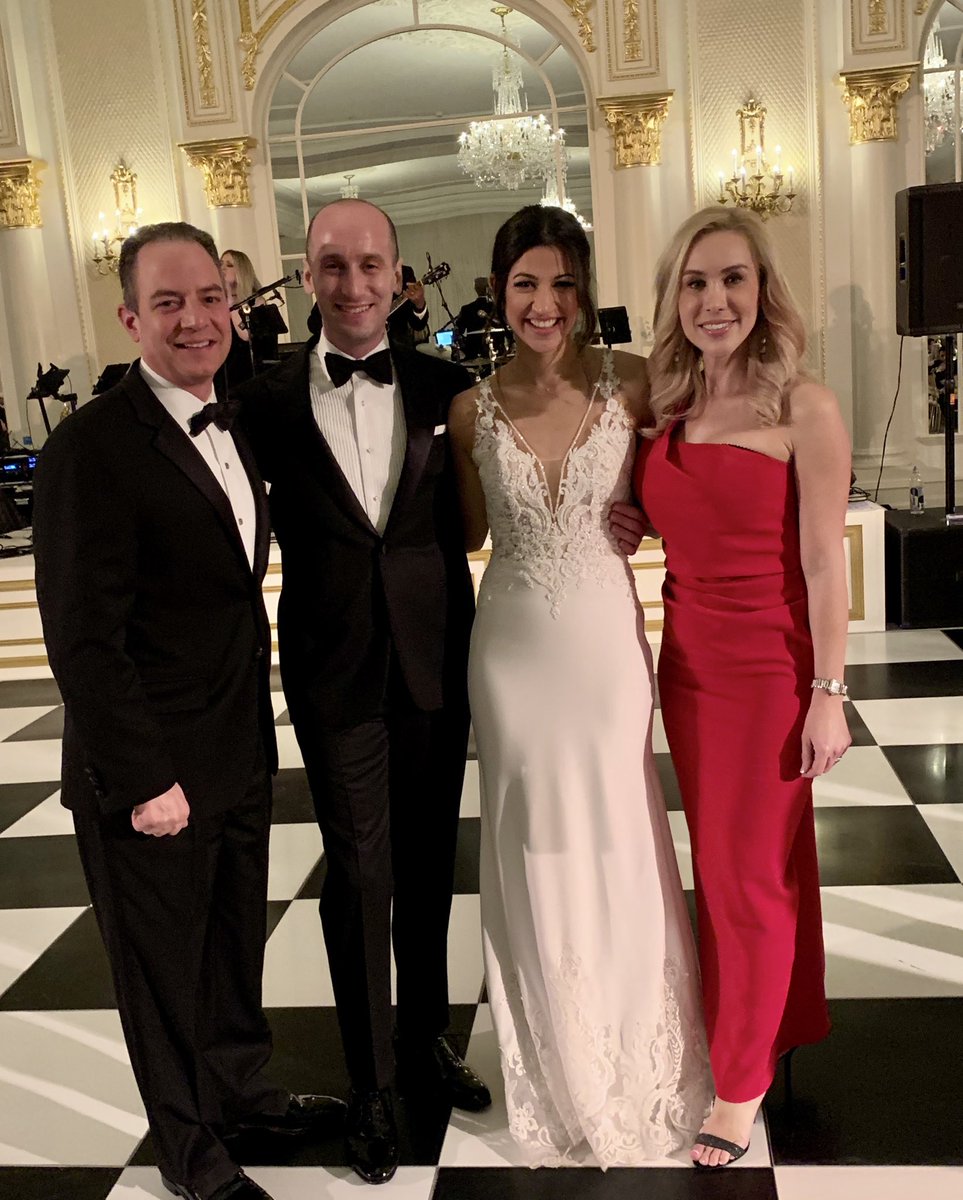 Waldman served as a spokesperson for the US Department of Homeland Security, where she defended the policy of separating families of migrants, before moving to the vice president’s office.

The press pool was held outside of the hotel during Sunday’s festivities. Trump spent more than two hours at the event.