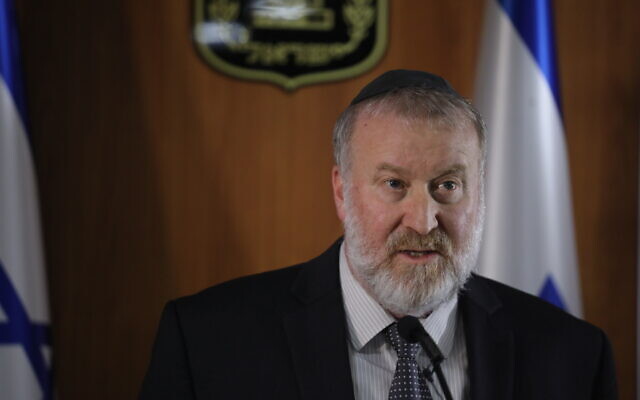 Attorney General Avichai Mandelblit is expected to inform the High Court of Justice that he believes Prime Minister Benjamin Netanyahu can legally form a government despite having been indicted in three criminal cases, and with his trial set to open next month, Channel 12 news reported Tuesday evening.

The network did not cite any sources for its reporting, nor did it provide any further details.

In January, the High Court rejected a petition that urged it to announce that Netanyahu cannot form a government after the March 2 election due to the charges against him. At the time, the court said a decision on the matter was “premature.”

But with the election now imminent, a new review of the matter may soon be at hand.

During its deliberations on the previous petition in December and January, the court asked Mandelblit to provide his legal opinion on the matter. The attorney general responded that he would refrain until the court decides it is time to rule on the matter.

The panel of justices led by Supreme Court President Esther Hayut eventually decided it was too early to give a ruling as the election had not yet taken place, and said the petition may be more pertinent if and when Netanyahu was to be tasked with forming a government after the election.

On Tuesday the Justice Ministry announced that Netanyahu’s trial will begin on March 17, two weeks after the national vote. The indictment against Netanyahu was filed on January 28. 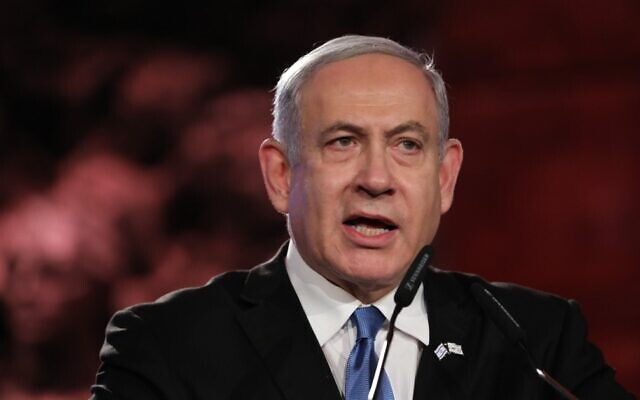 Netanyahu is far from assured of being able to form a government regardless of his trial, with current polling indicating that the political deadlock that has gripped the country for almost a year and two previous elections is set to endure. Neither the prime minister nor his main rival, Blue and White party leader Benny Gantz, have a clear path to a majority coalition without each other, according to the polls, and previous attempts at a unity government between the two largest parties have failed.

Despite the looming trial, Netanyahu’s right-wing and religious allies reaffirmed their loyalty to the long-serving prime minister earlier this week, vowing they would only recommend him for premier.

Gantz said on Tuesday in response to the trial date’s announcement that it was “a sad evening for Israel and its citizens.” He said a prime minister “must be fully devoted to the important matters of state. He must not be distracted, must be focused, devoid of any other interests.”

But as of March 17, he said, “Netanyahu will be occupied only with himself. He will not be able to care for the people of Israel.” 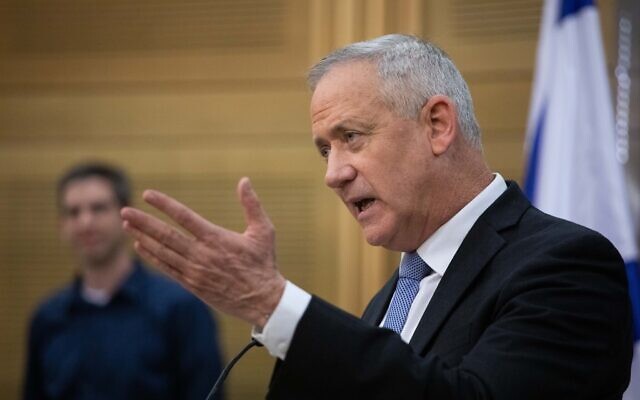 Blue and White party chairman MK Benny Gantz speaks during a faction meeting at the Knesset, on December 2, 2019. (Hadas Parush/Flash90)\

Netanyahu shot back at Gantz during a campaign event in Rishon Lezion: “You know what will be a sad day? If a Benny Gantz government dependent on [the Joint List’s] Ahmad Tibi is formed… We won’t let that happen.”

Netanyahu has claimed Gantz will seek to form a government with the predominantly Arab Joint List, though Gantz has said he will not form a coalition with the party.

Israeli law requires any indicted minister other than the prime minister to resign. But a prime minister can remain in his post until he has been convicted and all methods of appeal have been exhausted.

The January filing of charges came hours after Netanyahu announced that he was withdrawing his request for parliamentary immunity from the indictment, after it became clear his request would be turned down by the legislature.

The prime minister has repeatedly denied any wrongdoing in all three cases, and has alleged that the investigations against him are a “witch hunt” involving the left, the media and the police relentlessly pressuring a weak attorney general. He has not provided evidence for those claims.