Naftali Bennett and Ayelet Shaked’s party says it won’t merge with others ahead of March elections, saying there’s room for 2 national religious parties to Likud’s right 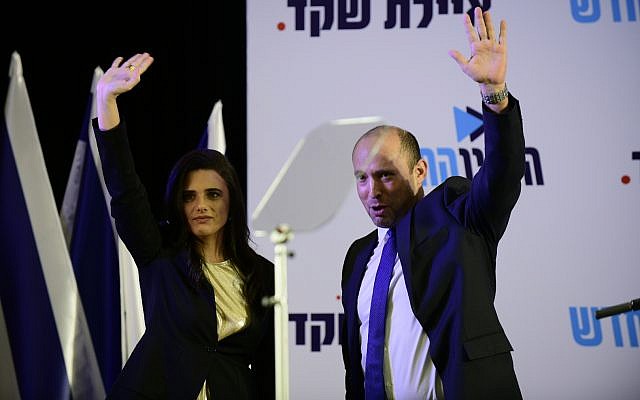 Ayelet Shaked and Naftali Bennett at a press conference in Ramat Gan, where the former was announced as the new head of the New Right party, on July 21, 2019. (Tomer Neuberg/Flash90)

The New Right party announced on Monday that it would be running independently in the upcoming election in March, officially putting to bed the possibility of a broad alliance of national religious parties to the right of Likud.

“The New Right will run independently in the upcoming election as the party of the ideological and liberal right-wing,” Defense Minister Naftali Bennett’s faction said in a statement.

“This is the right-wing bloc’s only chance of reaching 61 seats [in the Knesset],” the party said.

Prime Minister Benjamin Netanyahu has in recent weeks encouraged Bennett’s New Right, Rafi Peretz’s Jewish Home, Bezalel Smotrich’s National Union and Itamar Ben Gvir’s Otzma Yehudit to all run on a united slate of right-wing, national religious parties in order to avoid a scenario in which one or more of the small right-wing parties fail to cross the electoral threshold.

Bennett, by contrast, has maintained that the right-wing bloc is large enough to support two national religious parties to the right of Netanyahu’s Likud — one that is slightly more moderate on social issues and campaigns on the notion of religious-secular partnership as the New Right has done, and another that is more expressly religious and more hardline on social issues. 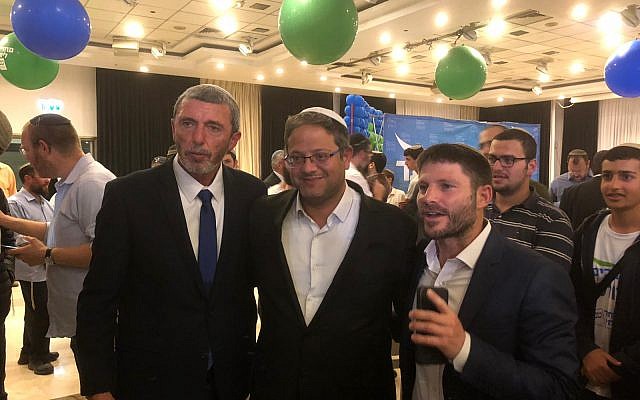 In the elections last April, Bennett’s New Right party, which he founded with Ayelet Shaked after bolting Jewish Home, failed to cross the electoral threshold. In the subsequent September parliamentary race, New Right agreed to merge with his old party, creating the Yamina alliance led by Ayelet Shaked, which went on to win seven seats.

However, since that election, Bennett was named defense minister and enjoyed a boost in most public opinion surveys as a result. The rejuvenated lawmaker subsequently has concluded that he and Shaked are strong enough to risk another independent run in the March 2 national vote.

In the New Right’s Monday statement, it pointed out that despite Yamina’s September success the broader right-wing, religious bloc still fell six seats short of a majority in the Knesset, picking up just 55 seats, which ultimately prevented Netanyahu from replicating the coalition he has maintained since 2015.

New Right said it had “taken it upon itself” to bring in voters from the Yisrael Beytenu secular, right-wing party as well as the Blue and White centrist alliance. It has already released a series of attack ads against Avigdor Liberman in recent weeks, claiming the Yisrael Beytenu chairman had been all talk and no action during his time as defense minister as opposed to Bennett. Similar ads have targeted members of Blue and White’s right-wing Telem faction, accusing its members of pretending to be right-wing.

The announcement from New Right also leaves National Union chairman Bezalel Smotrich all but forced to join the Jewish Home-Otzma Yehudit alliance that was formed last month in what was widely viewed as part of an effort to sidestep the more popular Smotrich. 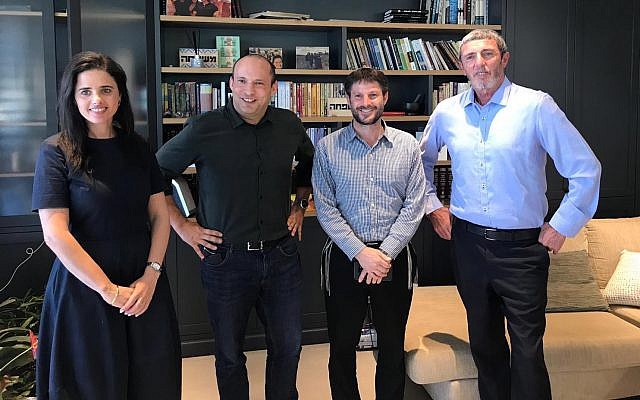 Smotrich had campaigned for the holding of an open primary for a united national religious slate in which polls indicated that the National Union leader and transportation minister would fare better than any of the other leaders of national religious parties.

While the merger with Otzma Yehudit angered the more moderate flank of Jewish Home uncomfortable with aligning with a slate of self-described disciples of the extremist rabbi Meir Kahane, the agreement allowed Peretz to keep his post as chairman while only offering the deputy spot to Smotrich.

Smotrich, who had been in talks with New Right about possibly merging with them instead, was reportedly warming to the idea of restoring a partnership with Peretz’s Jewish Home after weeks of resistance as of Monday evening.

“After the union on the left, but also regardless of it, we must all unite, end-to-end. I continue to strive for this today, through every possible path,” Smotrich said in a statement earlier Monday, referring to a merger between Labor-Gesher and Meretz.