Yousef al-Otaiba’s decision to publish an article in an Israeli newspaper was not a testament to his country’s warm feelings towards the Israeli public. It was a threat he didn’t even try to hide.

By Caroline B. Glick, ISRAEL HAYOM 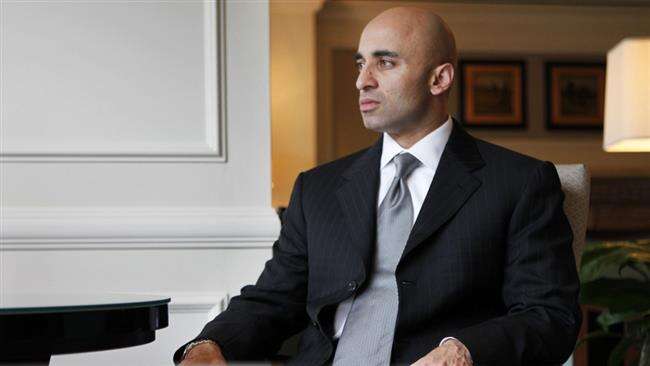 UAE Ambassador to the US Yousef al-Otaiba | Screenshot: YouTube

Many Israeli media outlets hailed United Arab Emirates’ US Ambassador Yousef al-Otaiba’s decision to publish an article in Yedioth Ahronoth last Friday. Otaiba’s media fans proclaimed his piece – reportedly the brainchild of former Israeli and current top Democratic Party donor Haim Saban – a testament to the friendship and friendly ties that have developed and grown between Israel and the Sunni Arab states of the Persian Gulf over the past decade.

Otaiba wrote, “Annexation, [that is, Israel’s plan to apply its laws to its communities in Judea and Samaria and to the Jordan Valley in accordance with President Donald Trump’s vision for peace] will certainly and immediately upend Israeli aspirations for improved security, economic and cultural ties with the Arab world and with the UAE.”

Maybe in Abu Dhabi, people begin friendships by threatening one another. But in Israel, as in most places in the world, that isn’t how friendships begin. It’s how they end.

Otaiba’s threat to downgrade UAE-Israel ties naturally begs the question, what is the basis of those ties?

Did the UAE declare Hezbollah and the Muslim Brotherhood terrorist organizations as a favor to Israel? Did the Emirates cooperate with Israel against Iran because they felt sorry for the poor Jews and wanted to help them? Did they support Israel against Hamas during Operation Protective Edge in 2014 out of the kindness of their hearts?

All of the cooperative ties Israel and the UAE have developed in recent years are a product of shared interests. The two governments began working with one another because it is good for both sides. No one is doing anyone any favors. And if we’re already on the subject of favors, the stronger side in this partnership is Israel. The Israeli economy is much more robust that the oil economies of the Persian Gulf. Who does Otaiba think he’s scaring with his threats when oil is selling at $37 a barrel?

Otaiba’s obnoxious article highlights the need for Israel to start weighing the advantages and disadvantages of normalizing relations with Arab states. What benefit does Israel gain from open ties? Tourism? Is that an Israeli interest?

Does Israel want Persian Gulf tourists streaming into Jerusalem? How many Israelis have been waiting impatiently to purchase a vacation package to Riyadh or Abu Dhabi? Is it a burning Israeli interest to forge cultural ties with regimes that treat women like chattel?

Israel and Jordan enjoyed stable security, economic, and other ties for generations before they signed their peace treaty in 1994. The fact that those relations were semi-secret and informal shielded them from the storms of current events. The Hashemites worked with Israel in times of war and great turbulence without having to fear a backlash from their Jew-hating public because the ties were unofficial and largely unseen. Today, every Muslim riot on the Temple Mount is liable to rupture bilateral ties.

It would be overstating things to argue that Israel’s ties with Jordan were harmed by the peace treaty. But there is no doubt that from Israel’s perspective there are many downsides to maintaining formal, “normal” relations with regimes that have do not share its values.

And this is the heart of the matter.

President Trump’s vision for peace supports Israeli sovereignty over areas in Judea and Samaria and effectively says that the time has come to apply Israeli law to the Israeli communities in Judea and Samaria and to the Jordan Valley. The immediate implication of applying Israeli law to these areas is that the military government and its civil administration, under which they have been governed for the past 53 years, will be replaced by government ministries and officials. Unlike the military government and its civil administration, those ministries and bureaucrats are accountable to Israel’s elected leaders who govern under the liberal Israeli legal code.

From 1967 until 1981, Israeli citizens who lived in the Golan Heights were administered by the military government and its civil administration. When Israel applied its laws to the Golan Heights in 1981 and canceled its military government, it ended the inequality between Golan residents and the citizens who live under Israeli law. The Trump vision, which the sovereignty plan embodies is geared towards normalizing the status of the half-million Israelis who live under the unelected military government and the civil administration in Judea and Samaria.

Even if the sovereignty plan is judged only from the perspective of its contribution to civil rights in Israel, the advantages that that Israel gains from implementing it far outweigh any advantages Israel would gain by normalizing its ties with the Sunni states – particularly those that threaten it.

Israelis have no reason to respond to Otaiba’s menacing message with anything but annoyance. The benefits of sovereignty are great, in and of themselves. Prime Minister Benjamin Netanyahu must withstand the pressures and move forthrightly to apply Israel’s laws in Judea and Samaria as envisioned in the peace plan set out by the President of the United States.