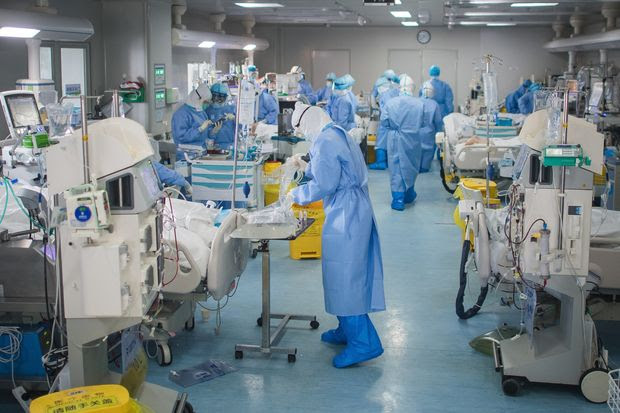 BEIJING—U. S. and European leaders are looking at China’s progress in curbing the coronavirus pandemic to guide them on how to beat the virus within their own borders.

They may be drawing the wrong lessons, doctors and health experts say.

The cordon sanitaire that began around Wuhan and two nearby cities on Jan. 23 helped slow the virus’s transmission to other parts of China, but didn’t really stop it in Wuhan itself, these experts say. Instead, the virus kept spreading among family members in homes, in large part because hospitals were too overwhelmed to handle all the patients, according to doctors and patients there.

What really turned the tide in Wuhan was a shift after Feb. 2 to a more aggressive and systematic quarantine regime whereby suspected or mild cases—and even healthy close contacts of confirmed cases—were sent to makeshift hospitals and temporary quarantine centers.

The tactics required turning hundreds of hotels, schools and other places into quarantine centers, as well as building two new hospitals and creating 14 temporary ones in public buildings. It also underscored the importance of coronavirus testing capacity, which local authorities say was expanded from 200 tests a day in late January to 7,000 daily by mid-February.

The steps went beyond what’s envisioned in many hard-hit Western cities. As a result, many doctors and experts say the recent lockdowns in the U.S. and Europe may slow the rise in new infections—if properly enforced—but still won’t be enough to stop it or prevent many hospitals from being overwhelmed, as they were initially in Wuhan.

“A lot of the lessons have been lost,” said Devi Sridhar, professor of global public health at the University of Edinburgh. “A lockdown helps buy time: The only way it will work is if you actually backtrack and start figuring out who has the virus.”

Some also still have doubts about China’s official figures. Wuhan’s health commission said on Monday that asymptomatic cases were being isolated in quarantine centers but not included in the public tally of confirmed cases, even if they tested positive.

Others think China could suffer a big second wave of infections if it continues to relax curbs on travel and work, and that the Chinese approach would be too economically costly to replicate.

Among doctors and residents in Wuhan, meanwhile, some feel the lockdown of the city was too sudden and strict, as well as too late, and contributed to the high mortality rate there as hospitals were ill-prepared for the flood of patients that followed.

Many medical workers were also infected because they initially lacked protective gear and infectious disease training, doctors and nurses in Wuhan say.

Still, the more systematic quarantine and testing regime in Wuhan after Feb. 2 is similar to measures that also appear to have been effective in South Korea and Singapore, according to many experts.

Only severe and critical cases were hospitalized, while mild and asymptomatic cases were placed in makeshift hospitals known as “residential treatment facilities.”

Mike Ryan, the World Health Organization’s emergencies head, warned on Sunday that lockdowns wouldn’t be enough to control the pandemic and urged governments to focus on identifying and isolating infected people and their contacts. 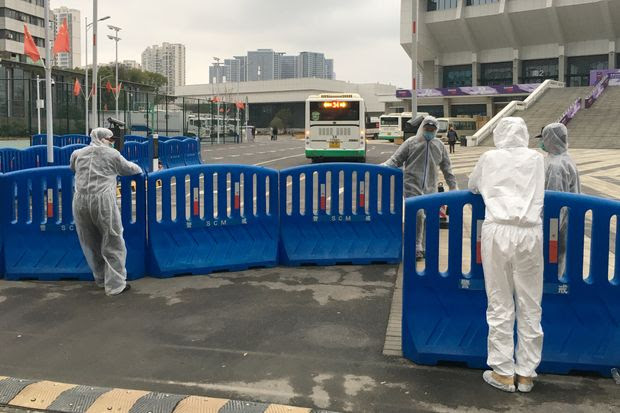 Security guards man the entrance of an exhibition center-turned field hospital in Wuhan. 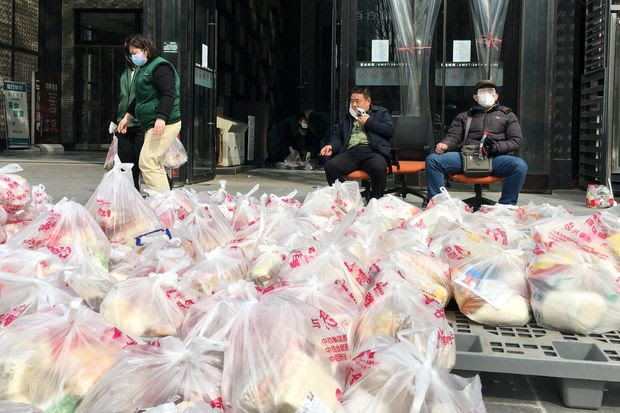 After Wuhan closed its supermarkets, workers had to deliver prepackaged bags of food to residents.

Ian Lipkin, an infectious disease expert at Columbia University who visited China in January and has been advising health officials there, says the U.S. should immediately implement a nationwide stay-at-home policy and then move to a “stratified isolation system” until a vaccine is ready.

Chinese authorities did aim to filter cases when it first locked down Wuhan on Jan. 23. Confirmed and suspected cases were supposed to be quarantined in hospitals, with close contacts self-isolating at home.

The problem was that local hospitals, which had just 4,000 beds for suspected and confirmed cases, were soon overwhelmed by patients. Experts using mathematical models estimated at the time there were already tens of thousands of people infected.

By Jan. 27, some 15,000 people were going to the city’s fever clinics every day, more than five times the usual number, according to the official Xinhua News Agency. Many were sent home without being tested.

By early February, there were 20,629 people quarantining themselves at home having visited fever clinics—and that excluded sick people who hadn’t yet visited a hospital, Hu Lishan, the city’s vice party secretary, told a news briefing.

“We feel very worried and distressed,” he said, likening the pent-up demand for hospital space to a “dammed lake.”

The critical change came on Feb. 2, when Wuhan’s health authorities tasked community leaders with dividing cases into different categories, sending only confirmed patients to hospitals, and others to makeshift hospitals or quarantine centers.

Under the new policy, which took some two weeks to implement, suspected cases were also quarantined separately from other categories such as those recently discharged from the hospital and those who had close contact with confirmed cases, local officials and doctors say.

Some 12,000 people ended up staying in temporary hospitals.

“When you have the opportunity to isolate all suspected patients and close contacts, this is the turning point of the outbreak here in Wuhan,” said Du Bin, head of the intensive care unit at Peking Union Hospital, who has been working in Wuhan in recent weeks.

He also echoed the World Health Organization in stressing the importance of testing. “Apart from testing, I just have no idea how you can identify the suspected cases and how to quarantine the close contacts.” 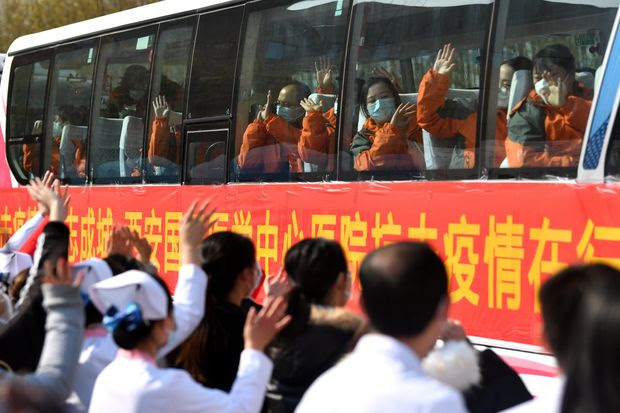 Health-care workers from Xi’an International Medical Center Hospital bid farewell to their colleagues before setting off for Wuhan in early February.
Photo: Zhang Bowen/XINHUA/Zuma Press
Another critical factor was the deployment to Wuhan of thousands of extra doctors and nurses from elsewhere in China. Among them was Meng Xinke, a doctor from the intensive care department of the No. 2 People’s Hospital in Shenzhen.

He arrived in Wuhan on Feb. 9 and was put to work in an exhibition center newly transformed into a makeshift hospital with 40 doctors and 1,461 beds, for confirmed mild coronavirus cases. Separating milder cases “is a great way to save resources,” he said, adding that five doctors were able to look after 400 patients during each shift.

His daily routine included checking patients’ vital signs, giving them medication, conducting tests, and identifying those developing severe symptoms. After about two weeks, he said, his team noticed that about 10%-15% of patients discharged from some makeshift hospitals were later testing positive again—a possible indication they hadn’t fully cleared the virus.

On Feb. 22, Wuhan required all discharged patients to go to quarantine sites for another two weeks instead of heading home.