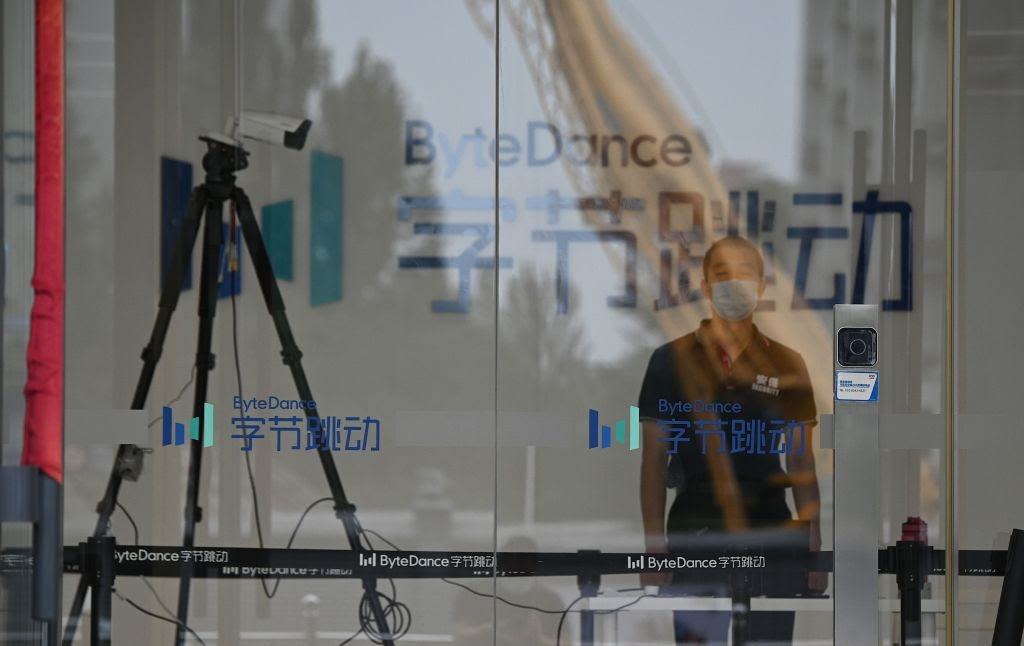 Pictured: The entrance to the headquarters of ByteDance in Beijing. (Photo by Noel Celis / AFP via Getty Images)

President Donald Trump has issued an executive order that just might save America’s democracy. The order will prohibit Americans from any transaction with ByteDance Ltd., a Chinese company that owns the TikTok video-sharing mobile app.

President Donald Trump on Thursday issued an executive order that just might save America’s democracy.

Using emergency powers, he prohibited, after the expiration of a 45-day period, Americans from any transaction with ByteDance Ltd., a privately owned Chinese company, or any of its subsidiaries. Prohibited transactions, the order states, will be those “identified” by the Secretary of Commerce.

The order effectively bans ByteDance’s TikTok, a video-sharing mobile application, from the United States at the end of 45 days.

TikTok has been accused of surveilling users, censoring content, and mishandling information of minors. There are also concerns the app has vulnerabilities, allowing the surreptitious downloading of malicious software on devices. The most important allegation involves manipulation of users.