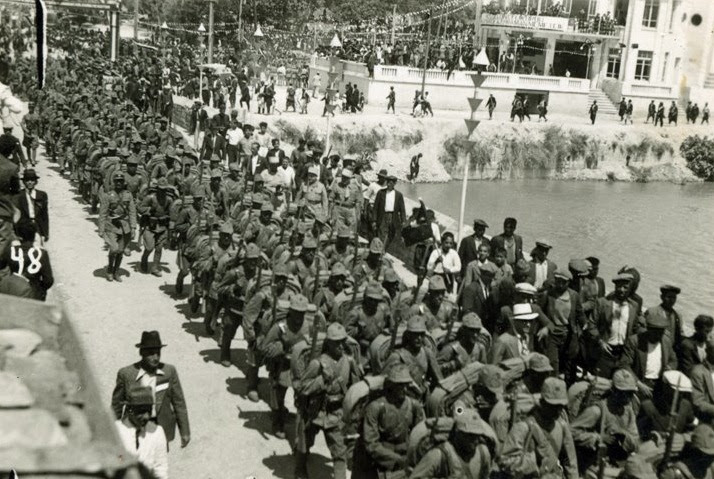 EXECUTIVE SUMMARY: The 290 Turkish soldiers killed in action on Syrian soil in recent years are a grim reminder of the unsettled questions that continue, after decades, to poison relations between the two neighboring countries.

Turkish soldiers have been killed on Syrian soil with disturbing regularity over the past few years. Seventeen died there prior to Operation Euphrates Shield and another 72 during that operation, which went on from August 24, 2016 through March 29, 2017. Ninety-six were killed during Operation Olive Branch (January 20, 2018-August 9, 2019), 16 in Operation Peace Spring (October 9, 2019-November 25, 2019), 14 after that operation, and 75 in the current Turkish military operation in Idlib province.

The enmity between Turkey and Syria is a longstanding component of the modern Middle Eastern political arena. It is concealed from time to time by other regional trends and events, but it is always present. Syria was the only state of the Arab League’s 22 member states to recognize the Armenian Genocide (though Lebanon eventually recognized it as well).

This mutual hostility has deep roots. In 1918-21 the Turkish Guney Cephesi (the “southern front”) saw a series of conflicts. On one side were French, Arab, and Armenian forces penetrating from Aleppo and Idlib in northern Syria, and on the other were Turkish national forces led by the government of the Grand National Assembly in Ankara. At issue was control over Adana, Mersin, and Cilicia.

In 1936 Mustafa Kemal Atatürk demanded that the town of Alexandretta in Syria and its surrounding area be handed over to Turkey on the grounds that the majority of the inhabitants there were Turks. A complaint was made at the League of Nations, unleashing a chain of events that ended in a Turkish military column entering Alexandretta on July 5, 1938 and annexing the area as the 63rd Turkish province. To this day, Syria considers Alexandretta part of its territory and shows it as such on its maps. On Turkish maps, this area is called Hatay.

For many years, Syrian politicians and officials refrained from speaking about the Alexandretta/Hatay issue. Any Syrian official or politician who dared mention it was barred from entering Turkey for any reason. As Turkey borders Syria and was long a main destination for Syrian tourism, the risk of being placed on a Turkish blacklist was too high for Syrian officials. Syrian official and media silence about the Alexandretta/Hatay question has rendered the Syrian man on the street unaware that the issue even exists—unlike, for example, the Golan Heights, which is always referred to by the Syrian government and media as “the Occupied Syrian Golan.”

Ever since Syria was established in 1943, the Turkish people have viewed it, along with Lebanon, Jordan, and Israel, as states founded on the ruins of the Ottoman Empire. The Turks have never forgotten the collaboration of the Arabs and the British Empire, which brought about the demise of the Ottoman (Turkish) Empire. As long as a Turkish nationalist (i.e., secular and separatist) government was leading the country, Ankara kept its distance from the Arabs, as they were widely despised for their role in the Empire’s demise. However, the Islamist rise to power (Necmettin Erbakan in 1996 and Recep Tayyip Erdo?an in 2003) led to growing cooperation with Arabs, since most of them are Muslim.

Arabs in the Middle East are not generally inclined to trust Turkey, as they retain dark memories of Turkish-Ottoman rule. They remember how the Turks tortured them by flogging their feet with the kurbaj (whip), hanged them on the mashnaqa (gallows), and tore out their intestines by forcing them to sit on khazouks (bayonets). Memories of 400 years (1517-1917) of oppression by the Ottomans remain deeply etched in Arab culture.

Erdo?an takes a neo-Ottoman approach to the lands that belonged to Turkey until WWI, including Syria, Lebanon, Jordan, Israel, Egypt, Saudi Arabia, and Iraq. Hegemony over these countries was and still is the ultimate goal of his Middle Eastern policies.

Cooperation with the Syrian regime was only natural for a time, as Syria was the main outlet for Turkish export to Jordan, Saudi Arabia, and the Gulf. Enmity toward the Kurds was also a common factor for the Turkish and Syrian regimes. Good personal relations between Erdo?an and Bashar Assad led them to an agreement that allowed citizens of the two countries to visit each other without needing a visa, a rare phenomenon in the Middle East.

But the honeymoon ended in March 2011, when the so-called “Arab Spring” pushed Syria into a bloody civil confrontation between the regime, led by the Alawi minority sect, and the country’s Muslim majority. Erdo?an felt he had no choice but to support the Muslims against the Alawis, who are considered infidels by Islam.

In 2014, Turkey supported ISIS by allowing its volunteers to freely cross the Turkish-Syrian border, by purchasing Syrian oil from ISIS, and by allowing ISIS armed forces to use Turkish soil for tactical purposes. Ankara also gave asylum to more than three million Syrian refugees, most of them Muslims, though this placed a very heavy burden on the Turkish economy.

Erdo?an saw how the Syrian, Iranian, and Russian forces viciously attacked the city of Aleppo, but could not do much at the time to support its Muslim population.

Today, Erdo?an is taking revenge on Assad’s regime by attacking the Syrian army, occupying parts of Syrian soil attached to the border with Turkey, and encouraging Syrian Sunni Muslim refugees to return to Syria. The Assad regime is doing its best to expel them permanently and replace them with Shiites from Iraq, Iran, and Afghanistan.

The transition of Turkey from nationalistic governments (Atatürk, Ismet Inonu, Celal Beyar, and their civilian and military successors) to Islamist governments added an extra layer of animosity to deep and longstanding nationalistic tensions based on border disputes, religious hostility, and dark historic memories between the countries.

Col. (res.) Dr. Dan Gottlieb is a graduate of the Hebrew University in Jerusalem and the Bar-Ilan University law faculty. He served four rounds of service in different parts of Africa and is a leading authority on African issues within the Israel Medical Association.

Lt. Col. (res.) Dr. Mordechai Kedar is a senior research associate at the Begin-Sadat Center for Strategic Studies. He served for 25 years in IDF military intelligence specializing in Syria, Arab political discourse, Arab mass media, Islamic groups, and Israeli Arabs, and is an expert on the Muslim Brotherhood and other Islamist groups.