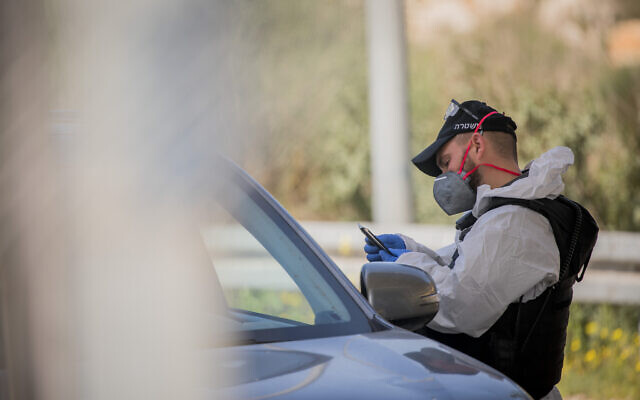 The Health Ministry on Thursday announced multiple new cases of Israelis found to be carrying the coronavirus, as the number of confirmed cases of COVID-19 in the country climbed to 100.

Two patients are in serious condition and three are defined as moderate, according to the ministry.

Among the newly diagnosed are two children, a 10-year-old boy and 11-year-old girl, from central Israel. The boy had recently traveled with his father to Spain.

The recent cases also included a pair of women in their 60s from central Israel who returned to the country from New York via Moscow on March 9, the ministry said.

The outbreak of the virus continued to disrupt schools, prisons, and some public transportation on Thursday, as hundreds more were sent into home quarantine.

Nearly one thousand students and teachers were sent home from the Nazareth Baptist School after it was discovered that a person later found to have the infection had visited the school.

In addition a school for ultra-Orthodox girls in the West Bank settlement of Modiin Illit sent 60 students into quarantine after they were found to have visited the same location in Jerusalem’s Old City as some tourists who were later found to be infected.

The Israel Prisons Service announced Thursday that it was isolating 119 detainees and 25 staff members at the Russian Compound Detention Center in Jerusalem, after an officer reported that she had been in contact with a person infected with the coronavirus. 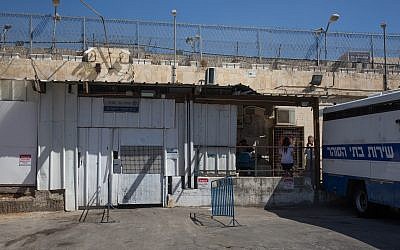 The entrance to the detention center in the Russian Compound, Jerusalem (Nati Shohat/Flash90)

No new detainees will be admitted to the facility and no prisoners will be taken to court. Those who are due to be released will be sent directly into home quarantine.

The announcement came a day after the Israel Prisons Service said it was preparing Saharonim Prison in the south of the country to house prisoners who contract the coronavirus. Prisoners being held at Saharonim will be moved to other prisons in the country. The prisons service also said it has prepared facilities in all three districts under its command for holding prisoners suspected of having the virus.

Israel Railways has announced that it will be running reduced service from Thursday as it doesn’t have the staff to run at full capacity due to the high number of workers in quarantine.

Trains won’t be running on the Beersheba-Dimona, Beit Shemesh-Jerusalem, and Lod-Rishonim lines, nor the night train between Beersheba and Ben Gurion Airport. 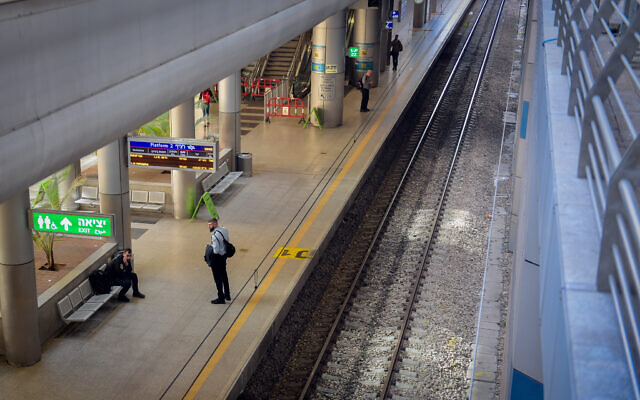 People wait for the train at the Ben Gurion Airport on March 10, 2020 (Avshalom Sassoni/Flash90)

Studies at Kochav Yair-Tzur Yigal’s junior high school were suspended until Sunday, the local council head announced. The decision was made after it was discovered that the wife of a person infected with the virus had spent a significant amount of time in the school.

A teacher in the central Israeli city of Modiin was diagnosed as sick with the coronavirus, the municipality announced after midnight Wednesday, saying it had identified 94 students and 80 staff members from the high school where she teaches who need to go into quarantine. 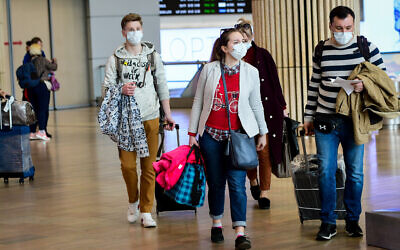 The Modiin municipality said it was working to personally contact each of the affected people through the night and Thursday morning to inform them that they would need to self-quarantine. The Ironi H high school where the woman teaches will be closed until Sunday while it is disinfected, officials said, and staff members who had not been in contact with the teacher will prepare lessons for the rest of the students in a bid to minimize disruptions to their studies

The teacher has been in self quarantine since Saturday with her family members, who were not ill. She is in good condition.

The Health Ministry and Efrat Mayor Oded Revivi announced Wednesday that another of those infected was Rabbi Dov Zinger, the head of the Makor Haim yeshiva, a religious high school for boys in the West Bank.

On Wednesday, the condition of an Israeli man infected with the coronavirus deteriorated. Ichilov Hospital in Tel Aviv said the patient, a 60-year-old worker at Ben Gurion Airport, was in serious condition, under sedation and hooked up to a respirator.

The airport worker had not been abroad or in knowing contact with anyone carrying the virus, and so health authorities initially declined to test him for coronavirus. He was initially admitted to Ichilov Hospital on Sunday with flu-like symptoms, but was released the next day without testing for the virus, even though he pleaded to be tested, his family said.

The man was only finally tested for the coronavirus on Tuesday when he was readmitted with pneumonia. He had not been in isolation before then, including at the hospital.

He was the second person in Israel with COVID-19 to be listed in serious condition. The other is a bus driver hospitalized in northern Israel who transported a group of Greek tourists who tested positive for the virus after returning home. His condition is now said to be stable.

The ministry announced details of 12 cases on late Tuesday evening, including a 9-year-old Tel Aviv boy who had been in Madrid with his family, and a career IDF soldier who had been abroad. Both are in good condition, according to authorities.

All students at the Yoseftal Elementary School in the central town of Azor, where the boy studies, have been told to enter quarantine. 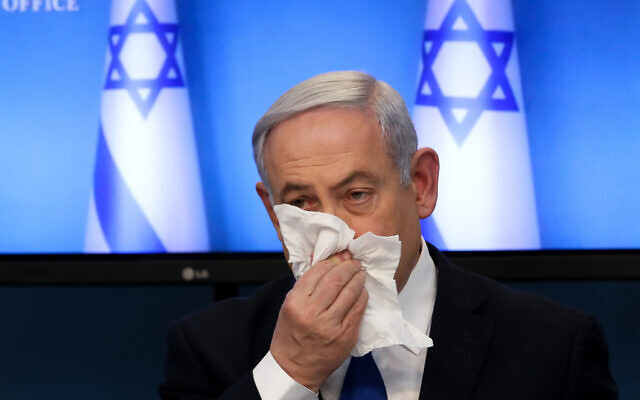 Prime Minister Benjamin Netanyahu at a press conference about the coronavirus at the Prime Ministers office in Jerusalem on March 11, 2020. (Flash90)

The ban includes synagogue prayer and weddings, the Health Ministry director-general Moshe Bar Siman-Tov elaborated, adding that  higher education institutes could hold classes online, with students studying from home, but this was not yet a formal requirement.

He said Israel was not currently considering shuttering schools and that public transportation was operating as usual in terms of Health Ministry instructions.

Habima national theater on Thursday announced it was bringing down the curtain on performances and shutting its doors until April 30 following an announcement that public gatherings must be limited to 100 people. All performances at the venue in Tel Aviv and around the country have been postponed until after that time.

To curb the spread of the virus in the country, all Israelis returning from overseas are required to quarantine at home for 14 days. Non-Israeli nationals will be allowed into the country until Thursday at 8 p.m., but after that they will be barred entry unless they can demonstrate an ability to self-quarantine for two weeks.

The quarantine measures are among the most dramatic to be introduced by any nation in the intensifying battle against the coronavirus. On February 26, Israel had become the first country in the world to advise its citizens against all non-essential overseas travel.