The agreement does not require the terrorist group to recognize Afghanistan’s legitimately elected government. 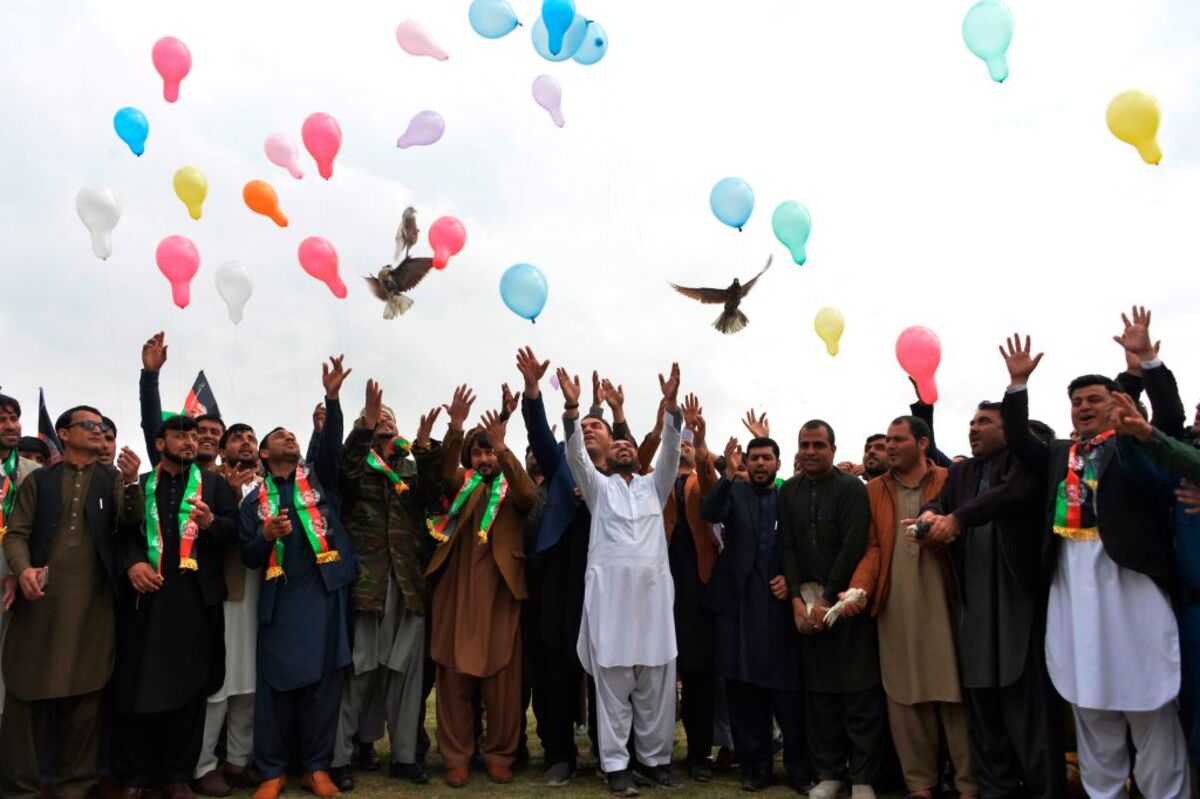 The Taliban are celebrating, too.

On the eve of today’s ceremony to sign an agreement with the U.S. to begin peace negotiations, the Taliban declared it had already won. “This is a day of victory,” said Sher Mohammad Abbas Stanekzai, a Taliban negotiator. “Victory has come with the help of God.”

In one sense, this crowing seems premature. While it’s true that the U.S. intends to reduce its troop presence from more than 12,000 to 8,600, further withdrawals are conditioned on the Taliban adhering to its commitments to reduce violence and sever ties with al Qaeda. As Defense Secretary Mark Esper said in Kabul on Saturday, the U.S. “would not hesitate to nullify the agreement” if the Taliban reneges on its commitments.

Another condition for the Taliban will be to enter negotiations for a final peace settlement among Afghan groups themselves. That has always been a red line for the Taliban, which has never recognized the legitimacy of the elected government in Kabul. So why has it agreed to these talks now?

The answer is that the U.S. is being deliberately ambiguous about whether the Taliban is actually recognizing the elected government of Afghanistan, for which the U.S. and its coalition partners have fought and died.

The intra-Afghan negotiations envisioned by the new peace process will not take place exclusively between the elected government and the Taliban. Instead, the U.S. pushed to make sure the Afghan government side also included representatives of civil society groups and of the ruling party’s opposition. “The purpose of the negotiations is for Afghans to work out a political settlement,” a senior administration official told columnists this week. “From our perspective the priority is peace, and the implication is that they would work out a new governing agreement.”

Many insurgencies have ended when recognized governments allowed for insurgent groups to run as political parties or to govern local areas. But in places such as Colombia, the insurgents joined the existing government. In Afghanistan, the U.S. is dropping the demand for the Taliban to negotiate directly with the government of newly re-elected President Ashraf Ghani.

That counts as a major concession. For one, the Taliban has always considered itself Afghanistan’s legitimate government in exile. This is why it sends its minions to attack polling places during elections, as it did last year. For another, the country’s constitution already lays out rules for how political parties interact with the government.

The U.S. began weakening the constitution’s legitimacy in 2015, said Fred Kagan, a resident scholar at the American Enterprise Institute, when it pressured Ghani to form a national unity government, creating a new position for his chief rival. “The more we undermine the electoral process and its outcomes, and get into negotiating with the warlords and other power brokers about how the country is going to be run, ignoring or bypassing elections, the more we drive the country back to the 1990s,” he told me.

It’s fair to point out that Afghan elections have been beset with fraud.  Ghani’s rival, Abdullah, declared himself the winner and claimed that Ghani stole the most recent election. Secretary of State Mike Pompeo this month acknowledged election irregularities and hesitated to recognize Ghani as the winner. (Eventually the State Department did.)

That said, cheating and allegations of cheating mar elections all over the world, including in America. A senior administration official said the U.S. believes still that Ghani won the election with almost a million votes. In the context of Afghanistan, hesitating to acknowledge the winner of the election bolsters the Taliban narrative that the elections themselves are illegitimate.

This is why Esper’s presence Saturday in Kabul was more significant than the ceremony in Doha to sign the framework for peace negotiations and the withdrawal of U.S. forces. Esper said the U.S. would continue to provide the Afghan security forces “support as necessary to assist in their defense against internal and external threats to the sovereignty of Afghanistan.” That’s crucial, because without U.S. subsidies, the Afghan military would not be able to pay the salaries of its soldiers.

If President Donald Trump sticks to Esper’s commitment, then the peace negotiations may not be a pretext for surrender. But it’s unclear whether this is his intention. And even if it were, Democrats largely agree with him that America’s longest war is no longer worth fighting.

After the Nixon administration negotiated the withdrawal of U.S. forces from Vietnam in the early 1970s, the Democratic-controlled Congress voted to significantly reduce all security assistance for the pro-American government in Saigon. The North Vietnamese were able to topple it soon after. In a few months, Nixon’s “peace with honor” became a dishonorable surrender. In Afghanistan, America is in danger of repeating that mistake.