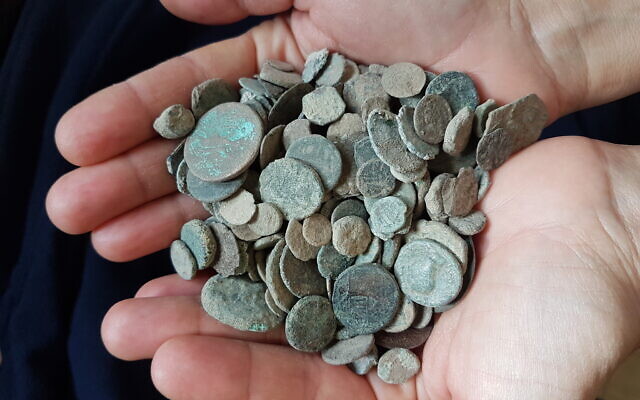 A cache of 232 ancient coins was recovered from the house of a known antiquities thief in Kfar Kana last week by the Israel Antiquities Authority’s Theft Prevention Unit.

The trove of coins includes samples from the 5th century BCE Persian period, to the later Hellenistic, Roman and Byzantine periods, and to the early Ottoman period in the circa 16th century. The coins will now undergo testing and study at the IAA.

Inspector Nir Distelfeld told The Times of Israel on Monday that he recently spotted the repeat offender with a metal detector in the field and recognized him from two previous occasions in which he had been caught and fined for illegally excavating ancient coins.

“He was sentenced and fined,” said Distelfeld, “but not enough, because he keeps coming back.”

The suspect ran off from the archaeological site in Israel’s northern Galilee after Distelfeld’s identification. Last week, however, the IAA’s Theft Prevention Unit received permission to search the Kfar Kana house and the suspect was again apprehended. According to an IAA press release, he was arrested and questioned at the police station and in the next few days the case will be handed over for indictment. 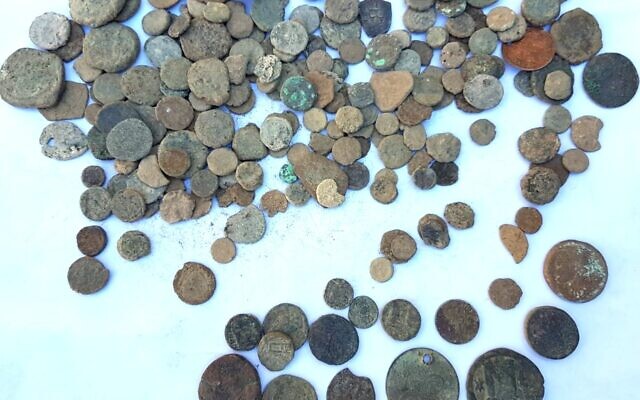 Distelfeld said the unit deals with some 300 antiquities robberies a year, an increasing number of which are related to the growing use of metal detectors. The thieves are ruining countless unstudied archaeological sites by wantonly digging up the coins and making future scientific work impossible.

He said that after the coins are ripped from the ground, they are usually sold by antiquities dealers, especially in the Old City of Jerusalem. The unit makes periodic checks to check the provenance of the wares on sale in antiquities markets, however, said Distelfeld, it is a Sisyphean task as there are numerous ways to circumvent them.

Coins are important dating tools for archaeologists during excavations. For example, a recent study of 100 coins found under the pavement of the City of David’s Stepped Street appears to confirm dating of its construction to circa 20-30 CE. 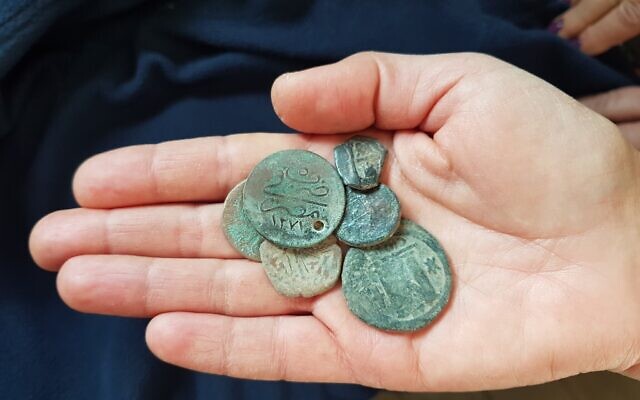 cular scientific importance, as they can date archaeologically well and accurately. Unfortunately, we are witnessing a growing phenomenon of civilians acquiring metal detectors, searching for ancient coins on antiquity sites without permits, uprooting the coin from the archaeological context in which it was placed in antiquity, and thereby severely damaging its scientific value.”

In other countries, such as Britain, fantastical treasures such as the Hoxne Hoard that is now on display in the British Museum have been discovered by private individuals using metal detectors on their land. In Israel it is illegal to hunt for artifacts — on your own land or elsewhere — using a metal detector. The IAA calls on all who discover antiquities to report them immediately to the IAA. 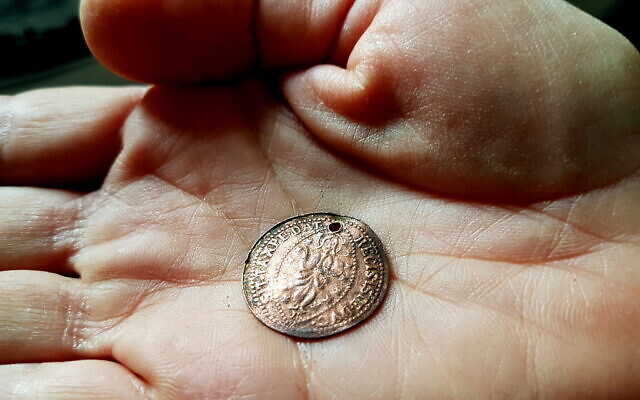 “It is important for the public to know that any excavation at an antiquities site or discovery of antiques, even in private grounds, requires immediate reporting to the Antiquities Authority,” said Distelfeld, adding that all artifacts found in Israel are the physical legacy of all of its citizens.