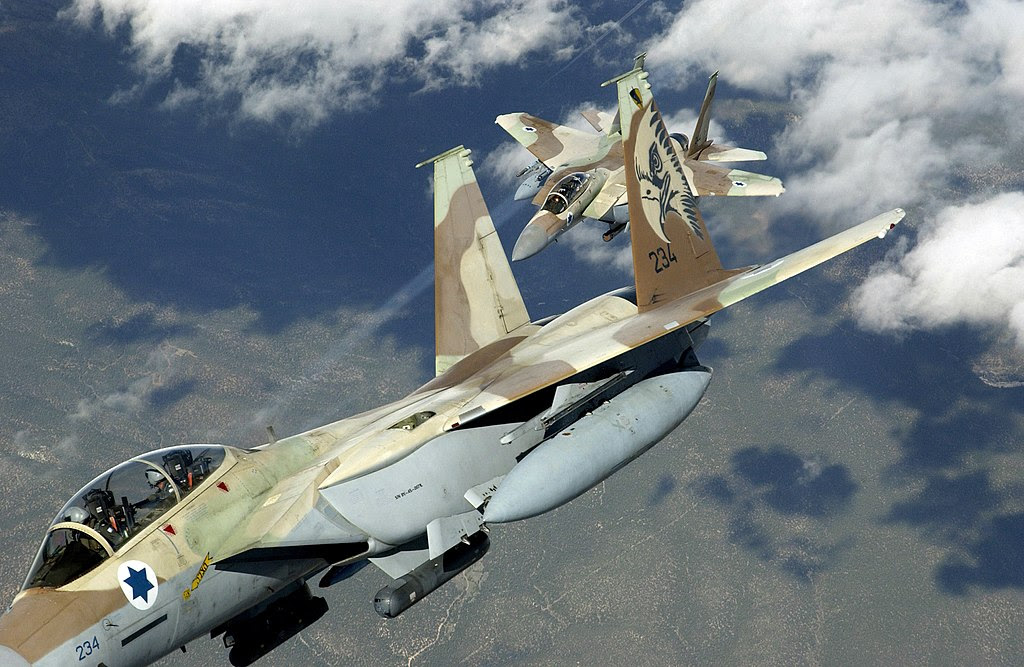 EXECUTIVE SUMMARY: Israel must halt the reconsolidation of the Syrian regime, especially in the country’s south. Russia helped to bolster the regime through airpower. In response to the resulting and growing threat, Israel must now unleash the might of the IAF.

Ever since the 1982 Lebanon war, the Israeli leadership has repeated the mantra that non-involvement in foreign battlefields is better than engagement.

That spell continues to affect Israeli policies towards Syria despite the occasional aerial strikes leveled against Syrian and Iranian installations and forces.

No rule applies to all situations. In the case of Israeli involvement in Syria, minimal involvement is now downright dangerous.

Unlike the 1982 Lebanon war, when Israel sought to bolster the Lebanese government in the face of Palestinian and Syrian intervention, it must now become engaged in Syrian affairs to halt the reconsolidation of a regime that has long exacted Israeli blood and treasure and will continue to do so as an Iranian puppet. If the regime’s position is reconsolidated, especially in the south bordering the Golan Heights, Tehran will expect it to ramp up its conflict with Israel.

What must Israel do to prevent this?

The Syrians are advancing southward against the last rebel strongholds in the Daraa area. The IAF must stop that advance by striking at the movement of forces and Syrian positions. The drawing of heavy casualties must be added to the list of Israeli objectives in Syria.

This is of crucial importance because of the unique demographic attributes of Israel’s enemies, the Alawite regime, its Hezbollah supporters, and even the Iranians.

Professor Eyal Zisser, Israel’s leading Syria expert, has analyzed demographic growth across Syria as reflected in the 2004 census. He found that the areas where Alawites, the community behind the regime and that accounts for by far the largest reservoir of Syria’s fighters, had the lowest growth rates in the country. Zisser estimated that before the rebellion in 2011, the Alawite community represented only 6-7% of the population rather than the 10-12% usually attributed to it.

The Syrian regime’s demographic disadvantage can only have declined since 2011. Certainly that can be seen on the battlefield. Throughout the rebellion, the Syrian regime has fought in piecemeal fashion. Up to 2015, almost any advance on one front meant a loss on another.  For example, when the regime assaulted Homs, it lost ground in Idlib. It did not have sufficient manpower to conduct two-front assaults even with the help of Hezbollah and the popular militias.

Even when massive Russian air power tilted the balance of power in the Syrian regime’s favor in the fall of 2015, the difficulty of sustaining casualties and an aging fighting force meant it could only consolidate its hold haphazardly. Syria had to decide on which front to advance: either east of Aleppo and Homs against ISIS, or in the eastern suburbs and towns of Ghouta against other Islamic militias. These battles could never be conducted simultaneously. The numerous local truces between rebel militias and the regime, many of them “brokered” by the Russians and Iranians, allowed the regime to advance on one front at a time.

As the regime became more powerful, the truces were replaced by preplanned and highly organized withdrawals of rebel forces and their families from areas both west and east of Damascus to Idlib, brokered by Russia. There were regular photos of rebels and their families boarding buses surrounded by Russian military police and these cordons of buses being led by Russian military vehicles on the journey to Idlib through government-controlled areas.

Unfortunately for the Sunni community, certainly for the rebels and for Israel, the divided rebel forces, which numbered in the hundreds of groups, fought each other as much as they fought the Syrian army. It was this chronic divisiveness and internecine fighting that allowed the regime to consolidate its hold. Israel must prevent the continuation of this process.

The same demographic predicament in which the Alawites find themselves affects the Shiite community in Lebanon, which provides the pool of manpower for Hezbollah. Lebanese demographic data is notoriously inaccurate – the official demographic agency of the state gives estimates of the Lebanese population with a discrepancy of one-third, between 5 million and 3.5 million. It also provides no information about the communities that make up the Lebanese population. Estimates for the Shiite community range from one to two million.

I unearthed a detailed compilation of data for Lebanese schools in 2006, down to the exact number of students in every school. These data clearly demonstrate the paucity of both schools and students in predominantly Shiite districts. Through simple demographic extrapolation, one can safely say the smaller population estimate is closer to the truth.

This small community has been sacrificing its sons, with only brief respites, ever since the establishment of Hezbollah 36 years ago – first against Israel and its allied militia, and since then on Syrian battlefields.

Adding to the impact of the incessant bloodletting are studies that claim that Shiite fertility rates in Lebanon (and indeed in Iran) had dropped by 2004 to replacement levels and are now at European levels of around 1.7 children per woman. This means that those induced to replace aging fighters will increasingly come from very small families for whom their loss will be especially costly.

Israel must draw lessons from the successful Russian intervention in Syria and do the exact opposite.

The Russians helped consolidate the regime by pounding rebel troops into agreeing to truces and withdrawals through the strategic use of airpower. Israel must now unleash the IAF’s might to stop further consolidation of the regime as well as to try to unite and arm the rebel forces southern Syria as much as possible.

Not only is the will important, but so is the way – by exacting enemy losses. The more manpower the Syrian army and Hezbollah lose, the greater their reluctance will be to continue to fight Israel in the future.

Prof. Hillel Frisch is a professor of political studies and Middle East studies at Bar-Ilan University and a senior research associate at the Begin-Sadat Center for Strategic Studies.