T. Belman. Jordan is trying to prevent the annexation because the less likely there will be a Palestinian state west of the Jordan, the more likely Jordan will become the Palestinian state. The question is existential for it.

By AGENCIES and TOI STAFF 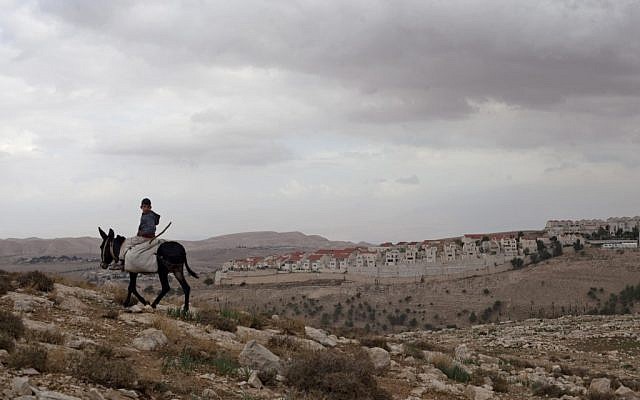 A Palestinian boy riding a donkey near the E1 settlement corridor, with Ma’aleh Adumim in the background (photo credit: (AP/Sebastian Scheiner)

Jordan last week approached a number of foreign governments and urged them to pressure Israel not to annex parts of the West Bank, Channel 13 news reported, after Prime Minister Benjamin Netanyahu and Blue and White party leader Benny Gantz signed a coalition agreement saying the move could potentially go ahead as early as July.

Jordan was said to have warned that a possible annexation would have a “devastating effect,” marking the end of a two-state solution, and having potentially explosive consequences for the Middle East.

According to the report, the overtures made by Safadi were in coordination with the Palestinians, who themselves have launched a campaign against annexation. 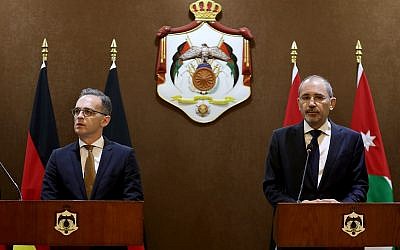 In addition, the Arab League is due to hold an emergency meeting on the matter, Channel 13 reported.

The Netanyahu-Gantz deal stipulates that any Israeli action would need US backing, and must take into account Israel’s peace treaties with neighboring Jordan and Egypt, the only two Arab states that have formal peace treaties and diplomatic relations with Israel.

Recent months have seen Amman recall its ambassador to Israel, no joint ceremony marking the quarter-century anniversary of the peace agreement between the two countries, and the termination of special arrangements that allowed Israeli farmers to easily access plots of land inside Jordan.

Senior officials in the European Union and United Nations on Thursday warned Israel against the intention to annex parts of the West Bank, with EU foreign policy chief Josep Borrell saying that such a move “would constitute a serious violation of international law.”