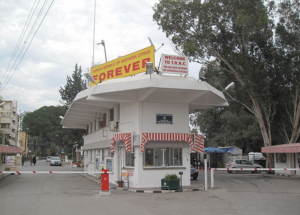 EXECUTIVE SUMMARY: In order to counter Ankara’s aggression in the eastern Mediterranean and disrupt its plans to dominate Cyprus, the US should make a peace deal on the island a top regional priority for 2021.

It has been 16 years since the last serious peace proposal for the Mediterranean island of Cyprus was put forward. The island, which was colonized by Britain and then ethnically divided in 1974 through a Turkish military intervention and Greek-inspired coup, has fallen victim to Russian and Turkish exploitation. Its economy has been unable to function properly since at least the Great Recession, a crisis that has only been exacerbated by the coronavirus pandemic. The recent signing of deals with Egypt, Italy, Israel, and Greece to export its natural gas to members of the EU could help the Cyprus economy stabilize and grow, but Turkey has vowed to thwart those plans under the guise of a failed peace process.

Both Greek-Cypriot and Turkish-Cypriot leaders have expressed interest in restarting peace talks. However, massive power imbalances, a history of prejudice and mistrust, and EU bias toward the internationally recognized Republic of Cyprus (the southern Greek-dominated administration) have made it extremely difficult to resume negotiations.

Further undermining the situation is the continued Turkish military occupation of the north, which has morphed from a guarantor of security for the Turkish minority into a semi-permanent military position that gives Ankara a foothold in the region and control over Cypriot resources and economics.

The granting of EU membership to the Republic, despite its rejection of the 2004 peace deal, has removed any reason for the south to negotiate with the self-proclaimed Turkish Republic of Northern Cyprus (TRNC). The south has a much more stable economy, thanks to its EU membership, international recognition, and generally greater access to the outside world.

The UN has failed repeatedly in its efforts to make peace between warring parties—not just in Cyprus, but also throughout Africa and the Middle East. It is time for a new and more removed power, specifically the US, to step in and restart the process in Cyprus.

The US has expressed concern about Russia’s role in Cyprus and the broader Mediterranean. It is also worried about growing Chinese clout in the region as part of its Belt and Road Initiative (BRI) throughout Eurasia. The BRI, if successful, will give Beijing more economic influence and military/ intelligence assets throughout a region long dominated by Western powers.

Given the great differences in the handling of the region by Brussels and Washington, and in view of the EU’s past failures to resolve the Cyprus problem, Washington should replace it. The US has already ended an arms embargo on the island that had been in place for over three decades and begun joint combat training with Cypriot military forces. The US is also a guiding partner for the emerging energy axis in the eastern Mediterranean among Greece, Israel, Italy, Egypt, and Cyprus, and is growing more concerned about Turkish activity in the region.

Washington’s involvement in the conflict would be a welcome game-changer that could benefit all sides. Whether or not a US plan is successful, Washington would gain clout in the region and respect from the Europeans for its international engagement and efforts at peacemaking. The US could become more involved (possibly in terms of investment as well) in modernizing Cyprus’s military forces and participating in its energy sector. It would also be able to effectively counter Moscow and Ankara in the region. In short, US involvement could lead to the reunification of Cyprus, or at the very least could rescue it from the whims of failed and self-interested peacemakers like Brussels and the UN.

An American-sponsored agreement would provide Cyprus with better protection from Turkey’s designs, which seem increasingly to include a two-state solution and annexation of the north of the country to mainland Turkey. Britain could potentially withdraw its military forces from the island, as would Turkey. Cyprus would likely also be wealthier and better able to defend its sovereignty. As for the two “motherlands,” Turkey would see to it that its “brothers” on the island would have their rights and safety respected while Greece could do the same for their Cypriot brethren. The UN and EU could breathe a sigh of relief that this longstanding problem has been peacefully concluded, which should ease Greek-Turkish tensions somewhat.

The Annan Plan should be thrown out and replaced with a new, realistic peace initiative drawn up by the US. For it (or any plan) to work, there must first be trust-building measures. Like the Nicosia Master Plan, which revitalized the walled city between north and south for the good of all Cypriots, a similar plan should be drawn up to repair infrastructure abandoned or damaged in the Buffer Zone. Joint projects, such as the building of desalinization facilities or water recycling plants throughout the island to combat drought, can be created and sponsored by the US and other international donors.

The US should also create a compensation fund for people displaced during the 1974 war. While some refugees may return in a final agreement to their ancestral villages, others will likely receive compensation. The money for such a fund could come from the UN, Britain, the US, and the EU—but mainly from Turkey and Greece, given that they were largely the ones who instigated the 1974 conflict and displacement. A joint commission to locate the missing bodies of those killed during the 1974 war, as well as a joint reconciliation ceremony to take place annually, could help both communities acknowledge their sides’ war crimes, apologize, and mourn, both separately and together.

A Cypriot educational program should be formed that acknowledges that both sides committed atrocities, suffered in the conflict, and want a better future for the island. Both sides have legitimate grievances that can be resolved through negotiation—and both are wary of Ankara’s plans to Islamize the north of the island, which poses a risk to the south as well. Nobody wants to see an ethno-national conflict turn into a religious one.

Any future peace agreement in Cyprus should start small. Bridges can be built between the two societies, which have a great deal in common but have become estranged due to misconceptions, mistrust, and failed peace models. Once trust and cooperation become the norm, a more concrete and wide-ranging agreement can be negotiated.

But new negotiations should be sponsored by a new power, not dictated by the failed and self-interested EU or UN. If the US wants to assert itself on the world stage as a respected power while preventing war in the Mediterranean and bringing peace to the Middle East, it needs to make Cyprus a top foreign policy priority going into 2021.

Dmitri Shufutinsky is a graduate of Arcadia University’s Masters program in International Peace & Conflict Resolution. He currently lives as a Lone Soldier in Kibbutz Erez, Israel, serving in the Givati Brigade under the Garin Tzabar program.