America hits Ktaib Hezbollah, one of Tehran’s most effective militias. 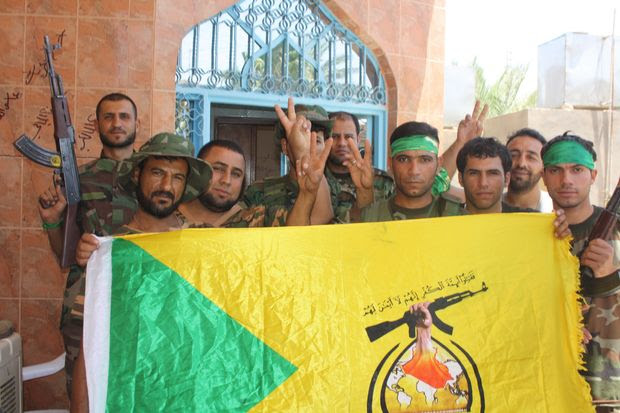 The U.S. killed at least 25 Ktaib Hezbollah fighters on Sunday night in its first counterstrike in a decade against an Iran-aligned Iraqi Shia militia. U.S. F-15E aircraft struck three sites in Iraq and two in Syria in retaliation for Ktaib’s Friday rocket attack, which killed an American contractor and wounded four U.S. service personnel.

The war against Islamic State in Iraq looks likely to be overshadowed by a growing confrontation between Iranian proxies and the roughly 5,200 U.S. troops in the country.

Ktaib Hezbollah is one of the best-organized and most effective of the Shia militia forces that form Tehran’s main political and military instrument in Iraq. I embedded with the Ktaib in Anbar Province during Iraq’s war with Islamic State in June 2015, spent time with its fighters and commanders, and interviewed its leader, Jamal Jaafar Ibrahimi, who uses the nom de guerre Abu Mahdi al Muhandis, “The Engineer.”

Ktaib, which claims to have 30,000 fighters, is unambiguously an Iranian proxy group, modeled after Lebanon’s Hezbollah. The Islamic Revolutionary Guard Corps created it in 2007 to fight the U.S. presence in Iraq and advance Iranian interests.

Mr. Ibrahimi, 65, is a half-Iranian native of Basra, in Shia southern Iraq. He is wanted by the U.S. for the 1983 bombing of the U.S. Embassy in Kuwait. A Kuwaiti court sentenced him to death for this act in 2007. Some Iraqis refer to him as the country’s de facto prime minister.

Mr. Ibrahimi fought on the Iranian side in the Iran-Iraq war. He then became an adviser to the Quds Force, the external operations wing of the IRGC. He helped smuggle explosively formed projectiles during the Shia insurgency in Iraq a decade ago. He has the blood of many Western soldiers on his hands.

After the U.S. departure in 2011, Mr. Ibrahimi helped establish the Popular Mobilization Units, the Shia militias that battled ISIS. As field commander of the PMU, he remained the archetype of the IRGC-affiliated Shia Islamist professional revolutionary. That is, the type of man who has been the main instrument for the advance of Iran’s power across the Middle East over the last decade.

Even at the height of the ISIS war, Mr. Ibrahimi and his men made no secret of their affiliations, or of whom they regarded as the real enemy. I met and interviewed him outside the town of Baiji in the summer of 2015. I asked about the sources of his movement’s support. “We rely,” he told me bluntly, “on capacity and capabilities provided by the Islamic Republic of Iran.”

The Ktaib fighters with whom I embedded in the town of Husseibeh al-Sharqiyeh, east of Ramadi City, were younger, keener and better equipped than either the Iraqi Army soldiers or the representatives of other militias I met at the time.

They were also the most vividly anti-American. At the height of the struggle with ISIS, rumors of ISIS-U.S. cooperation were taken as obvious truth in their ranks. “I’ve seen it with my own eyes!” one fighter, his face burned by a recent wound, told me. “They parachute aid, weapons and clothing, and they drop it to ISIS.”

Alongside their military activities, Ktaib were engaged in unabashed criminality. In Baghdad in June 2015, I interviewed Hikmat Guwood, leader of the Albu Nimr Bedouin tribe. Mr. Guwood worked with the U.S. during the Anbar Awakening of 2006-07, when Sunni sheikhs in that province allied with the U.S. against al Qaeda. Ktaib members visited Mr. Guwood’s house, where they told him his association with the Americans meant he either had to leave the city or be killed. I met him as he was making for Erbil, in the Kurdish north, where the Ktaib’s influence did not extend.

Throughout this period and today, Ktaib Hezbollah wasn’t an underground or fringe group. It was and is deeply embedded in both the political and security structures of the official Iraqi state.

I witnessed Mr. Ibrahimi giving a briefing to security forces outside Baiji in 2015. Senior Iraqi army commanders, such as Maj. Gen. Juma’a Enad, commander of the Iraqi Security Forces in Salah al-Din Province, were present. Mr. Ibrahimi was the acknowledged senior man in the room.

Ktaib and Baghdad are still entwined today. Ktaib and other militias are closely involved in the bloody, IRGC-organized repression of demonstrations, confirmed and reported extensively by Iraqi journalists on the ground. Ktaib is also part of the Fatah alliance, the second-largest bloc in the Iraqi Parliament and an integral part of the current government. In this capacity, Ktaib works in close cooperation with larger and more-established pro-Iranian groups.

This militia edifice is the most potent enemy of the U.S. and its allies in Iraq today. Mr. Ibrahimi promised a “harsh response” to the U.S. strikes. Experience suggests he should be taken at his word.

Mr. Spyer is director of the Middle East Center for Reporting and Analysis and a research fellow at the Jerusalem Institute for Strategy and Security and at the Middle East Forum. He is author of “Days of the Fall: A Reporter’s Journey in the Syria and Iraq Wars.”