No society can safeguard public health for long at the cost of its economic health. 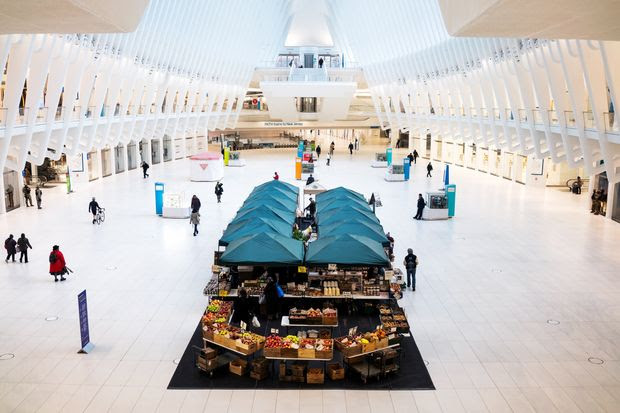 Financial markets paused their slide Thursday, but no one should think this rolling economic calamity is over. If this government-ordered shutdown continues for much more than another week or two, the human cost of job losses and bankruptcies will exceed what most Americans imagine. This won’t be popular to read in some quarters, but federal and state officials need to start adjusting their anti-virus strategy now to avoid an economic recession that will dwarf the harm from 2008-2009.

The vast social-distancing project of the last 10 days or so has been necessary and has done much good. Warnings about large gatherings of more than 10 people and limiting access to nursing homes will save lives. The public has received a crucial education in hygiene and disease prevention, and even young people may get the message. With any luck, this behavior change will reduce the coronavirus spread enough that our hospitals won’t be overwhelmed with patients. Anthony Fauci, Scott Gottlieb and other disease experts are buying crucial time for government and private industry to marshal resources against the virus.

Yet the costs of this national shutdown are growing by the hour, and we don’t mean federal spending. We mean a tsunami of economic destruction that will cause tens of millions to lose their jobs as commerce and production simply cease. Many large companies can withstand a few weeks without revenue but that isn’t true of millions of small and mid-sized firms.

Even cash-rich businesses operate on a thin margin and can bleed through reserves in a month. First they will lay off employees and then out of necessity they will shut down. Another month like this week and the layoffs will be measured in millions of people.

The deadweight loss in production will be profound and take years to rebuild. In a normal recession the U.S. loses about 5% of national output over the course of a year or so. In this case we may lose that much, or twice as much, in a month.

Our friend Ed Hyman, the Wall Street economist, on Thursday adjusted his estimate for the second quarter to an annual rate loss in GDP of minus-20%. Treasury Secretary Steven Mnuchin’s assertion on Fox Business Thursday that the economy will power through all this is happy talk if this continues for much longer.

If GDP seems abstract, consider the human cost. Think about the entrepreneur who has invested his life in his Memphis ribs joint only to see his customers vanish in a week. Or the retail chain of 30 stores that employs hundreds but sees no sales and must shut its doors.

Or the recent graduate with $20,000 in student-loan debt—taken on with the encouragement of politicians—who finds herself laid off from her first job. Perhaps she can return home and live with her parents, but what if they’re laid off too? How do you measure the human cost of these crushed dreams, lives upended, or mental-health damage that result from the orders of federal and state governments?

Some in the media who don’t understand American business say that China managed a comparable shock to its economy and is now beginning to emerge on the other side. Why can’t the U.S. do it too? This ignores that the Chinese state owns an enormous stake in that economy and chose to absorb the losses. In the U.S. those losses will be borne by private owners and workers who rely on a functioning private economy. They have no state balance sheet to fall back on.

The politicians in Washington are telling Americans, as they always do, that they are riding to the rescue by writing checks to individuals and offering loans to business. But there is no amount of money that can make up for losses of the magnitude we are facing if this extends for several more weeks. After the first $1 trillion this month, will we have to spend another $1 trillion in April, and another in June?

By the time Treasury’s small-business lending program runs through the bureaucratic hoops—complete with ordering owners that they can’t lay off anyone as a price for getting the loan—millions of businesses will be bankrupt and tens of millions will be jobless.

Perhaps we will be lucky, and the human and capitalist genius for innovation will produce a vaccine faster than expected—or at least treatments that reduce Covid-19 symptoms. But barring that, our leaders and our society will very soon need to shift their virus-fighting strategy to something that is sustainable.

Dr. Fauci has explained this severe lockdown policy as lasting 14 days in its initial term. The national guidance would then be reconsidered depending on the spread of the disease. That should be the moment, if not sooner, to offer new guidance on what might be called phase two of the coronavirus pandemic campaign.

That will surely include strict measures to isolate and protect the most vulnerable—our elderly and those with underlying medical problems. This should not become a debate over how many lives to sacrifice against how many lost jobs we can tolerate. Substantial social distancing and other measures will have to continue for some time in some form, depending on how our knowledge of the virus and its effects evolves.

But no society can safeguard public health for long at the cost of its overall economic health. Even America’s resources to fight a viral plague aren’t limitless—and they will become more limited by the day as individuals lose jobs, businesses close, and American prosperity gives way to poverty. America urgently needs a pandemic strategy that is more economically and socially sustainable than the current national lockdown.