Ayman Safadi says such a move would ‘kill’ the two-state solution; Jordanian PM says Amman turning to the international community to preserve the possibility of peace 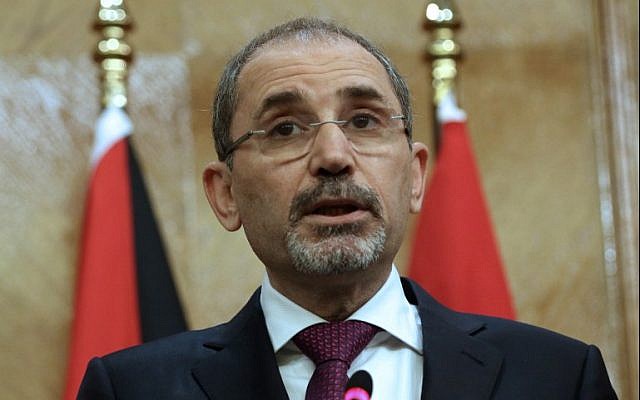 Jordanian Foreign Minister Ayman Safadi warned on Thursday that Israeli annexation of the Jordan Valley would spell the death of the two-state solution and terminate all opportunities to achieve peace between Israel and the Palestinians.

“Israel annexing the Jordan Valley and the northern Dead Sea in the occupied Palestinian territories will totally undermine the foundations of the peace process, kill the two-state solution and end all chances to achieve peace,” Safadi told the Jordanian state-run Petra news agency.

Safadi’s comment came after Prime Minister Benjamin Netanyahu vowed on Tuesday to apply sovereignty over the Jordan Valley as well as every settlement in the West Bank “without exception.”

Since September, the prime minister has frequently said that if he succeeds in forming a new government, he will annex the Jordan Valley.

The top Jordanian diplomat’s statement also came after Benny Gantz, Netanyahu’s main rival, promised on Tuesday to apply sovereignty over the Jordan Valley “in coordination with the international community.”

Netanyahu’s Likud and Gantz’s Blue and White are competing against each other in the national elections on March 2. Both men appear to be making comments about annexation of the Jordan Valley to curry favor with right-wing voters.

The overwhelming majority of the international community has long opposed Israel applying its sovereignty over the Jordan Valley and called for the advancement of a two-state solution. 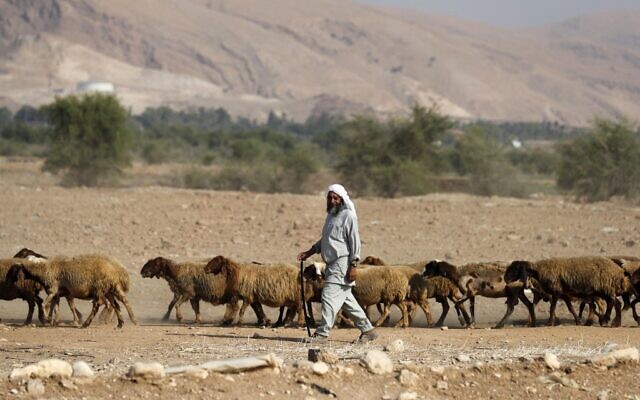 A Bedouin shepherd walks with his herd of sheep in the Jordan Valley in the West Bank on September 11, 2019. (AHMAD GHARABLI / AFP)

The Ramallah-based Palestinian leadership has long called for the establishment of an independent Palestinian state, comprising the Jordan Valley, the rest of the West Bank, the Gaza Strip and East Jerusalem.

Jordanian Prime Minister Omar Razzaz said on Wednesday that Jordan was turning to the international community to preserve the possibility of Israel and the Palestinians achieving peace.

“This year, Israel has witnessed and we have witnessed three elections without clear outcome[s]. Both parties are appealing to the right-wing that does not believe in a Palestinian state,” Razzaz told Bloomberg on the sidelines of the annual gathering of the World Economic Forum in Davos. “So we are appealing to the world to not let this door and possibility for a true, lasting peace get closed.”

The March vote will be the third round of national elections to take place in Israel in the past year. Following elections in April and September, no party succeeded in forming a governing coalition.